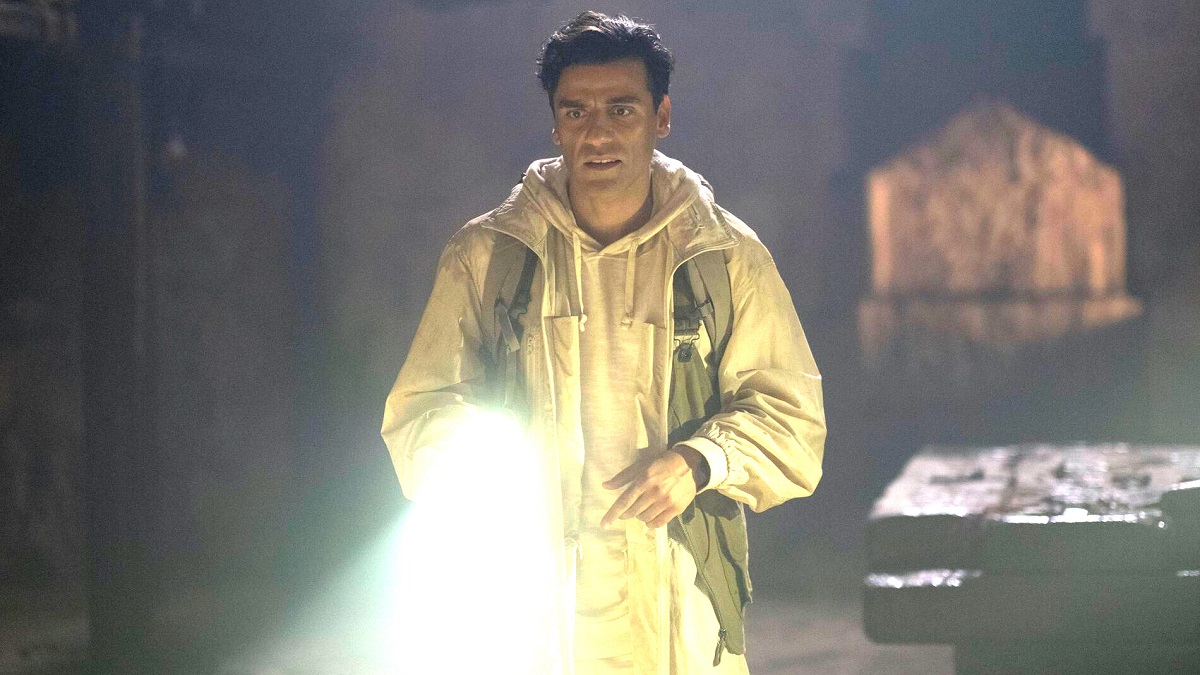 As befitting the Marvel Cinematic Universe’s strangest-ever series, today’s episode of Moon Knight ended with a shocking final scene that turned everything we thought we knew upside down, inside out, and every other way imaginable.

Oscar Isaac’s Marc Spector is shot by Ethan Hawke’s Arthur Harrow, only to wake up in a pristine psychiatric ward populated by everyone he’s met during the first quartet of installments. Something is definitely amiss, though, which is an understatement given that it involves trembling sarcophagi and a hippo-headed goddess.

Fresh from the episode airing on Disney Plus, directors Justin Benson and Aaron Moorhead broke it down with Entertainment Weekly, with the latter crediting the script and the comic books for laying the foundations.

“The end of episode 4 is actually a gift of the script. It came from wanting to do the least expected thing and completely disorient the audience, while also being completely true to the character that we’ve built over four episodes. Also the comic book character: There’s a run of Moon Knight written by Jeff Lemire, and [Greg] Smallwood did the art, and it has a lot of similar feelings and visuals to what happens at the end of Episode 4. So we’re really glad to be able to honor the original comics, the ones that we were the most drawn to when we were trying to crack Moon Knight.

That’s where the inspiration came from, especially visually and tonally. It’s obviously not a visceral scene. It’s not kinetic, it shouldn’t be moving fast. It should feel surreal. It should feel like the point of view of Steven/Marc in that moment. That’s where I think over a decade of our prior films really came in handy. We had that toolbox of making those types of stories, that make you feel full of dread and unsettled.”

Fans couldn’t get enough of seeing Marc and Steven Grant hug it out, which Moorhead revealed was a huge moment for everyone involved in the show, too.

“Actually, not to completely spoil the Lemire run, but at the very end there’s this image that completely lit our hair on fire when we first read it. It’s Marc Spector hugging himself, and he says, ‘Goodbye, Marc.’ It’s as he’s achieving integration and understanding who he is.

Now, we’re not at the end of our story here, but we just felt like there’s this antagonism between [Steven and Marc], and they’re starting to learn to work together and gain some mutual respect. So when they first see each other in person, they would instinctually just embrace. That was something we were really leading towards with all the other episodes. We wanted to earn that moment.”

We’d been hearing for weeks that today’s Moon Knight was when things really got weird to the fullest, and it turns out the directorial duo may have been underselling it a little.