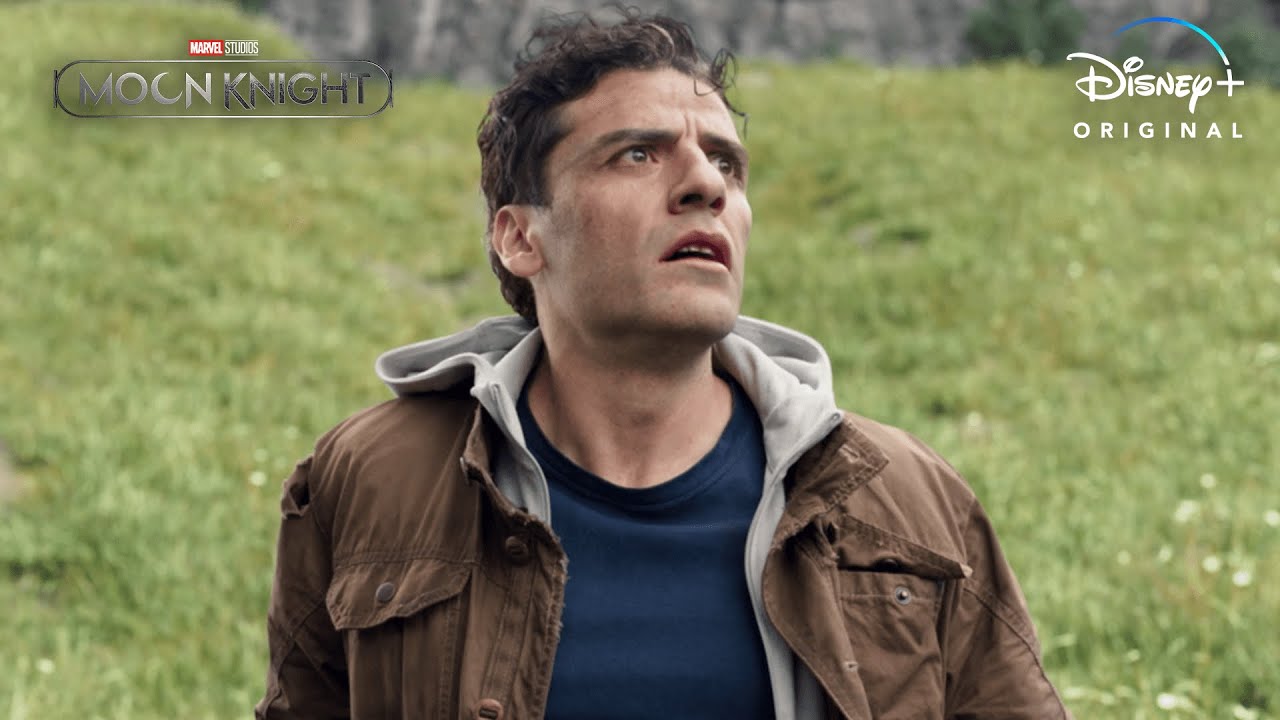 Moon Knight has always been a little loopy, but Marvel’s latest Disney Plus series graduated to full-on insanity in its fourth episode, which just hit streaming this Wednesday. The six-part show kicked off by introducing Oscar Isaac as Steven Grant, a hapless British gift shop employee who soon discovered he was actually a mercenary called Marc Spector who has Dissociative Identity Disorder. Oh, and he’s also the avatar of the Ancient Egyptian god Khonshu.

Since then, he’s traveled to Egypt along with Marc’s estranged wife, archaeologist Layla El Faouly (May Calamawy), in a bid to stop Khonshu’s former avatar — creepy cult leader Arthur Harrow (Ethan Hawke) — from awakening Ammit, the brutal god of justice. Episode four, titled “The Tomb”, starts out in this vein, with Steven and Layla getting their Indiana Jones game on by tracking down Ammit’s tomb in a bid to beat Harrow to the chase. But things then take a very sharp turn from there…

The big twist occurs around 10 minutes from the end of the episode, when Steven and Layla’s tomb-raiding is interrupted by the arrival of Harrow, who destroys the duo’s trust by revealing that Marc was involved in the death of Layla’s father. With the pair distracted, Harrow takes the opportunity to take out his enemy — and shoots Marc twice in the torso, delivering what look to be fatal blows. Marc then falls into a pool of water and sinks into unconsciousness…

… Before waking up in a gleaming white psychiatric hospital, one where the other patients are all people he knows, including Layla. And his doctor is Harrow. Harrow tells Marc that his other life and everything we’ve witnessed over the past four episodes is just a delusion, inspired by an old movie he loves about an archaeologist hero named Dr. Steven Grant. Marc isn’t buying it, though, and flees the scene.

Marc runs deeper into the facility and discovers a sarcophagus in one room — which contains Steven. Yes, both Steven and Marc exist separately here. As the two men escape, they encounter one more strange development, the most surreal yet. Specifically, they meet a hippo-headed Egyptian goddess, who greets them with a cheery “hi!” Cue credits.

OK, but what actually happened?

OK, so that’s the breakdown of events, but what does any of that actually mean? Well, let’s take a closer look…

First, the twist that Marc might actually be a psychiatric patient is lifted straight from the comics. 2016 saw the Moon Knight title relaunched by writer Jeff Lemire and artist Greg Smallwood with the storyline “Lunatic”. Unlike the TV show, this opened with Marc in an asylum, calling into question his entire comic book history in the process. From there, “Lunatic” gets extremely trippy and ultimately ends up with an extraterrestrial explanation for what’s happening. Although the starting concept is the same, we don’t expect the series to follow this trajectory.

So what’s going on, then? While the logistics behind this are hard to decipher at this point, the most likely explanation is that the dying Marc has had his mind trapped in some kind of psychic prison by Harrow. That would explain why Steven and Marc can both appear physically — not to mention the second sarcophagus, which may contain Spector’s third persona, Jake Lockley.

As for the hippo lady, this must be Tawaret, the Egyptian goddess of childbirth and fertility. She’s never actually appeared in the comics, but Egyptian mythology dictates that she can rejuvenate the dead and is known as the “Mistress of Pure Water.” So it’s possible the pool Marc fell into is connected to Tawaret and she may be able to heal his wounds once he manages to escape this psychic plane.

We’ll find out the answers to this bizarre turn of events when Moon Knight continues next Wednesday on Disney Plus.