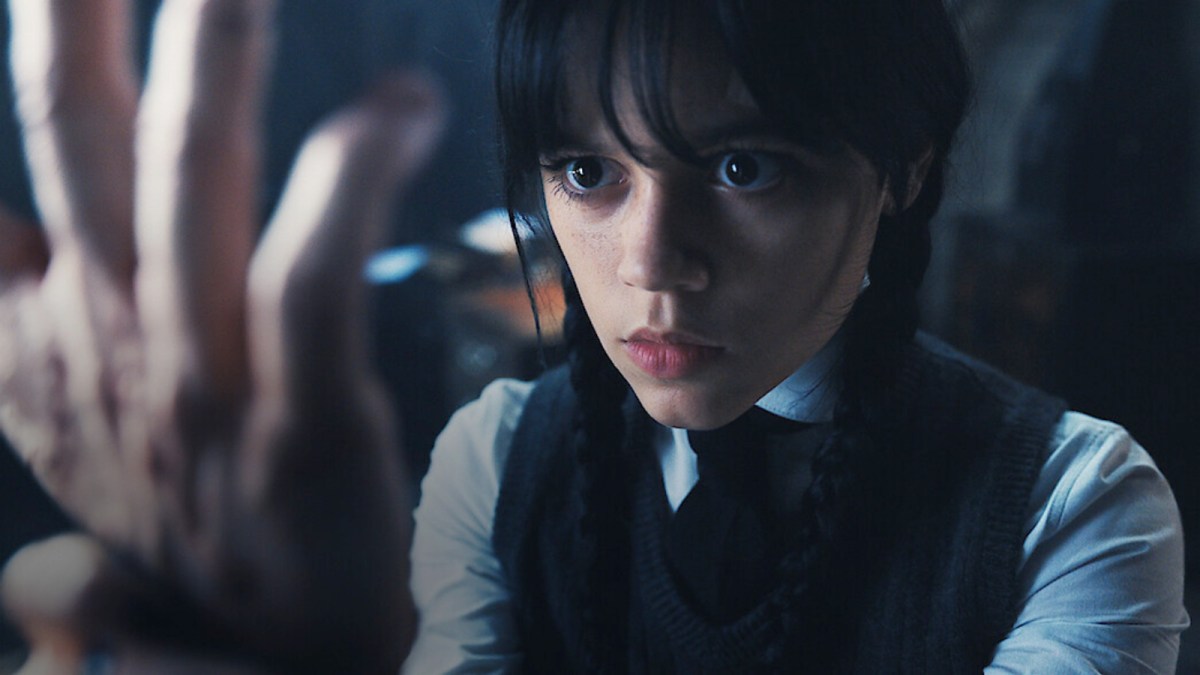 Netflix’s Wednesday has officially reached the one-week milestone as the reviews have been pouring in. The coming-of-age supernatural comedy follows Wednesday Addams of the Addams Family in her solo venture, starring self-made scream queen Jenna Ortega in the titular role. Four out of eight episodes are directed by Tim Burton, whom we all know as a master of spook with timeless classics like The Nightmare Before Christmas, Corpse Bride, and Beetlejuice. Although Burton was eyed to take part in 1991’s The Addams Family movie, he ultimately passed on the project, but Netflix managed to get him on board for Wednesday.

Aside from Ortega, Wednesday also stars Catherine Zeta-Jones, Luis Guzmán, Isaac Ordonez, Gwendoline Christie, Riki Lindhome, Jamie McShane, Fred Armisen, and Christina Ricci in supporting roles. Among the cast members, however, there’s one name that isn’t too familiar to Addams Family fans, but his character certainly is.Victor Dorobantu provides the disembodied hand of Thing, a sentient body part and relative of Wednesday who is sent by Wednesday’s parents to watch over her at Nevermore Academy. When Wednesday shares that she wishes to escape Nevermore, she enlists the help of Thing, who — despite being sent to keep an eye on her — eventually aids her in the harebrained scheme.

Throughout time, there have been countless actors who have portrayed Thing, including the most famous among them: Christopher Hart. He provided the ‘body’ of Thing in The Addams Family, the most well-known and successful of the fictional family’s ventures. In hopes of drumming up support for Wednesday, Netflix unleashed Thing on the unsuspecting inhabitants of New York City and the results are downright hilarious.

As Thing meanders through New York, it ambles along sidewalks, strolls across fountains and even glides on a skateboard, all to the amazement, befuddlement, and total shock of passers-by. It’s unclear whether these onlookers caught the reference or simply thought Thing was the byproduct of some teenagers pulling a prank. Regardless, the facial expressions and exclamations are comedy gold, so that’s all the reaction that Netflix was looking for. The Twitter post, which shares the short clip featuring Thing, clocks in at 17k likes so far, so clearly Netflix’s outreach is working wonders for Wednesday‘s marketing campaign.