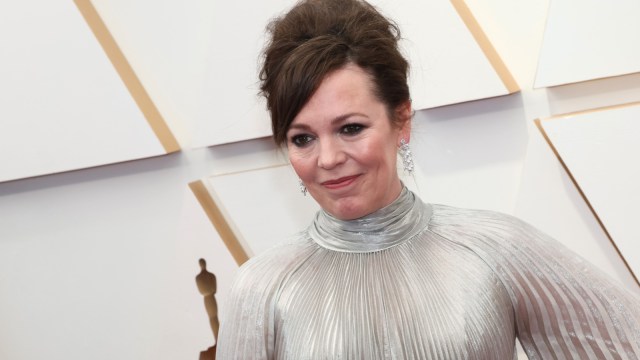 Marvel reaffirmed all that they’ve got in store for us at this weekend’s Comic-Con, with one of the biggest pieces of news being that Phase Five officially kicks off in 2023 with February’s Ant-Man and the Wasp: Quantumania and Secret Invasion. The latter Disney Plus series, in particular, is the subject of much intense speculation from the fandom due to both its lofty source material and the fact Marvel is keeping so much about the show close to its chest.

For instance, we’ve all been desperate to find out who Oscar-winner Olivia Colman is playing in Secret Invasion. While her character’s identity still has yet to be revealed, however, Marvel’s SDCC panel did at least give us something to work with as a new detail about her role was confirmed. The star of The Favourite is officially playing an old friend of Nick Fury’s. Samuel L. Jackson’s former S.H.I.E.L.D. leader will, of course, serve as the series’ lead.

It’s good to know that Colman portrays an old pal of Fury’s as Jackson has previously teased that he became fast friends with the actress while making the show after he geeked out upon meeting her. Although obviously with a series that’ll see an evil sect of the shapeshifting Skrulls infiltrating the Earth, just because we’re being told that Colman’s character is a good guy doesn’t mean that she’ll ultimately turn out to be one.

If we run with this piece of info for a moment, though, it’s possible Colman could be on board as Abigail Brand, the green-haired boss of S.W.O.R.D. in the comics. Fans had assumed co-star Emilia Clarke was playing her, but we might end up being surprised. The rest of the cast includes Ben Mendelsohn (Talos), Cobie Smulders (Maria Hill), Don Cheadle (War Machine), and Kingsley Ben-Adir.

Secret Invasion is coming to Disney Plus next spring.