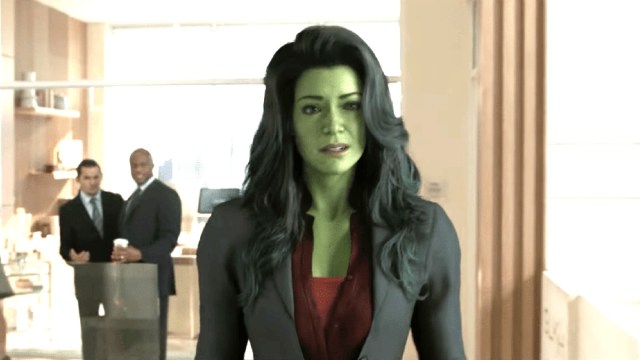 As the release of the new Disney Plus Marvel series, She-Hulk: Attorney At Law, draws near, a new featurette has been released showing how Marvel’s latest female superhero got her powers in the first place.

According to the exclusive video released by Entertainment Tonight, Jennifer Walters (played by Tatiana Maslany) and Bruce Banner (Mark Ruffalo) were both in a car crash. Banner returned to his human self as the two emerged from the crash. Then Walters’ blood was cross-contaminated with her cousin’s, which caused her to receive’ Hulk’s powers.

The MCU has a recent trend of slightly altering the backstories of their newest Marvel characters appearing in Phase Four and onwards. This was seen in the previous Disney Plus series, Ms. Marvel, when Kamala Khan was no longer described as an ‘Inhuman’ and hinted toward her being described as a mutant instead. The backstory of her power’s origin is similar to the comics, except it was done through a professional medical blood transfusion.

Maslany said in a previous interview that She-Hulk will have a “different tone” to much of the MCU, as it aims to be more comedic yet relatable to viewers.

“She really is the antithesis of most superhero narratives. There’s this great element of denial in her that’s relatable. For me, it was about rejecting what’s happened for as long as I could, as that’s what causes the fun tension between Jennifer and She-Hulk.”

She-Hulk is the upcoming Disney Plus series that will introduce Jennifer Walters to the MCU. An official trailer for the new series was shown during Comic-Con where Walters has to accept that she’s now a superhero in a world where “more eccentric” superhumans are popping up more frequently. The show will also have notable characters such as Bruce Banner and Wong back on screen.