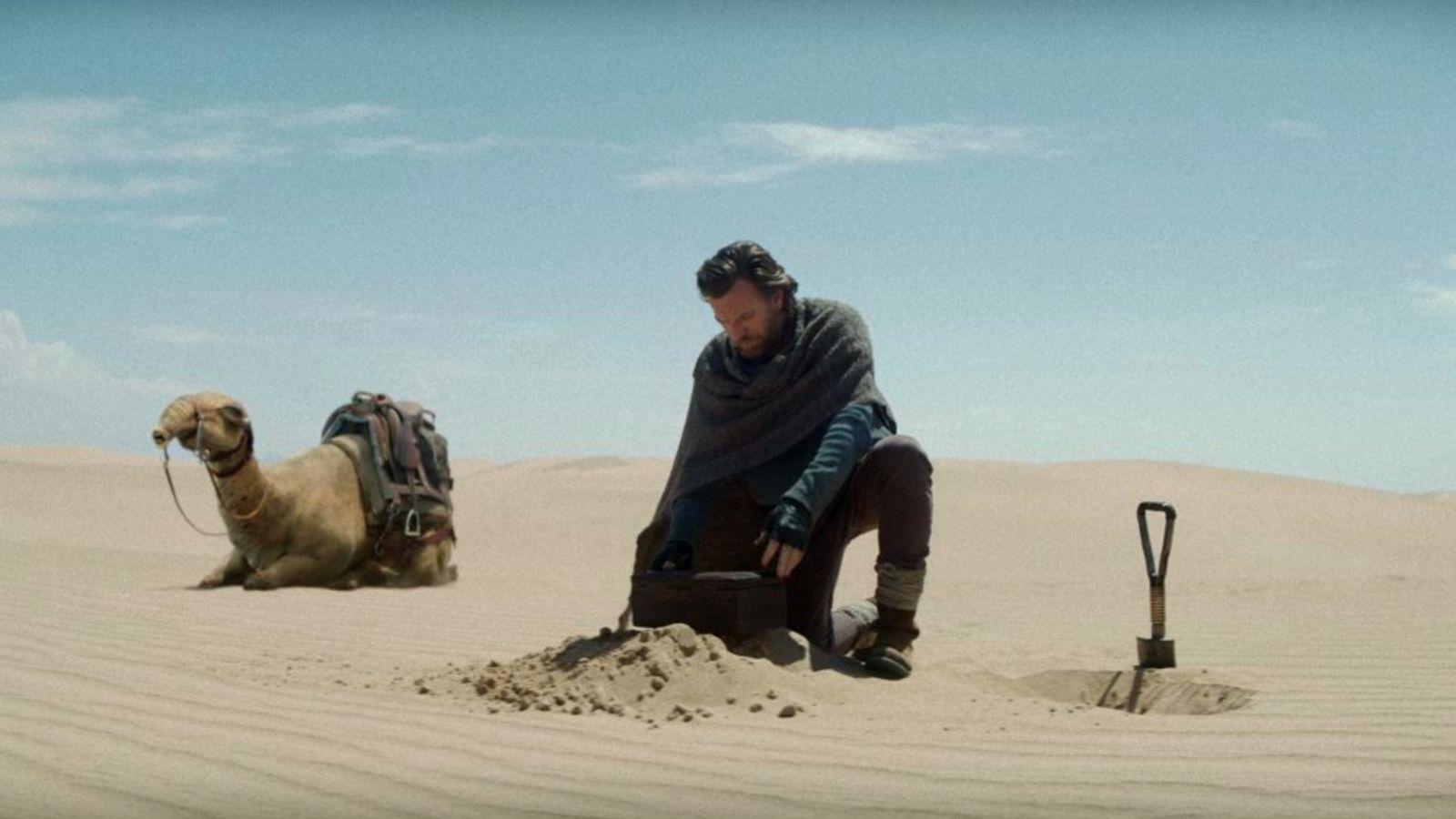 Warning: this article contains spoilers for episode 1 of Obi-Wan Kenobi.

We’re back into the world of Star Wars, with Obi-Wan Kenobi’s first episode streaming on Disney Plus. Ewan McGregor is back, and the first episode has set things up nicely for the future.

But what’s happened exactly? Where is Kenobi at?

Obi-Wan Kenobi opens with a stark and ominous prologue of the Order 66 moment from the perspective of the last Jedi in Revenge of the Sith. As the 401st Battalion hunt down the Jedi, the masters protect the younglings to varying degrees of success. While we see one Jedi die, the younglings are all alive. It’s not too far-fetched to believe one of these could be important to the later plot, such as the potential introduction of Cal Kestis from Fallen Order.

The Inquisitors do some… inquiring

Ten years later, we’re at the Mos Eisley Space Port. Introduced to at least three of our big bad for the series, we’re shown an immensely S.S. officer vibe from the Grand Inquisitor and Second and Third siblings. Similar to the opening scene of Inglorious Basterds, it sets the stakes and clear threat of the Inquisitors. While very on the nose, it’s a perfect fit in the overtly politically loaded series.

Special shoutout to the Grand Inquisitor’s Bluetooth headphone ears — tremendous vibes. Likewise, his apparent Jedi sniffing abilities feel like something that might’ve been useful later in the episode.

I am Ben Kenobi

Working under his pseudonym “Ben” (terrible disguise, really), he’s now at a meat refinery in the corpse of a sandworm. He’s clearly not the man he once was: when injustices happen he knows he cannot afford to speak up, nor can he do anything other than fit in. One interesting, far lighter thing to note, is the food packets. Harkening back (or rather, forward) to Rey’s scavenger days on Jakku, we see a return of the meal portion of self-forming food.

Kenobi’s allies are few and far between, with a Jawa acting as a fence for him during his isolation. One of his purchases? A T-16 Skyhopper toy for Luke Skywalker. The more you knoooow!

The depths of Kenobi’s regrets are seen in his force-fuelled night terrors. Unable to let go of the past, he seeks Qui-Gon Jinn’s guidance, to no avail.

A nice red herring in her introduction, Leia is shown to be as adventurous as she is knowledgeable. 10-year-old Leia is friendly to droids, and most interestingly, shows what seems to be Force intuition on her cousin. Similar to Rey’s reverse-interrogation of Kylo Ren in The Force Awakens, she’s able to extract information about her cousin with several scathing insights. Showing these abilities so young isn’t too surprising, considering most Jedi get kidnapped/abducted into the Jedi cult at age six in canon.

Does anyone know who Vader is?

One of the episode’s most memorable lines is Owen Lars proclaiming to Kenobi that “Anakin is dead”. To the best of Kenobi’s knowledge, he does believe Anakin is dead and doesn’t know who Vader is, at least from what we’ve seen so far. It’s an interesting idea, but I think the “Anakin is dead” line is much more about him being symbolically dead, than actually literally dead. Metaphors!

The standout character introduced in the first episode is the hot-tempered, driven, and utterly unhinged Third Sister. So fixated on finding Kenobi and ending the Jedi, she says she’s after Kenobi for what she’s “owed”. Her backstory is unknown at this point, but considering the series opens with the Jedi Temple, my best theory is that she feels angry that Kenobi abandoned her on Coruscant many years prior. Or, it could relate to his numerous adventures depicted in Star Wars: The Clone Wars.

She’s the orchestrator behind Leia’s kidnapping, with her certain it’ll draw Kenobi out of hiding, and into her palms.

We’re yet to see Darth Vader in the series, but the build towards the Skywalker children means we’re not far off a return. How he’ll tie in exactly is unknown, but there are plenty of episodes to find out.

Obi-Wan Kenobi is currently streaming on Disney Plus, with new episodes every Friday.