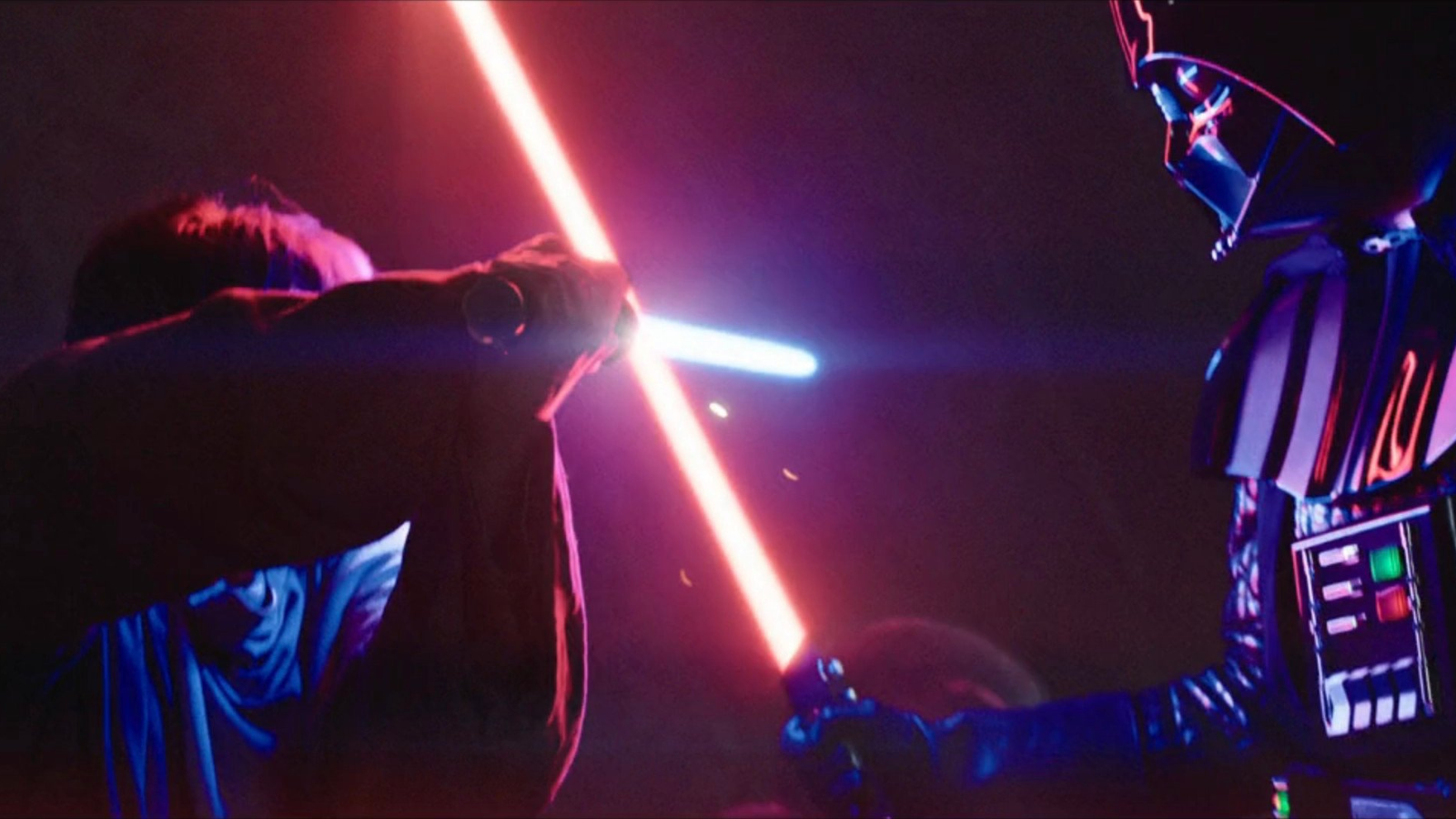 Darth Vader confronts his former master in the Obi-Wan Kenobi poster for the Star Wars Celebration.

Disney Plus released the image on Twitter of Darth Vader (Hayden Christensen) holding his red lightsaber as Obi-Wan (Ewan McGregor) stands tentatively opposite him. Obi-Wan has his hand by the lightsaber fastened to his waist, as if he’s not ready to take on his former Padawan, which fits how concerned he’s been about the Sith Lord in the series so far.

In Obi-Wan Kenobi episode 3, Obi-Wan and young Leia arrive on the planet Mapuzo, which is occupied by the Empire, and travel to meet a contact. Along the way, Obi-Wan is plagued with visions of Anakin, and he fears getting caught. After they’re ratted out by a miner named Freck (Zach Braff), Obi-Wan fights off Stormtroopers until reinforcements come, and they have to surrender. They appear trapped, but Imperial officer Tala Durith (Indira Varma) turns out to be an undercover Rebel and helps them escape.

It’s not long before Darth Vader arrives with his Inquisitors and goes through the streets attacking people to draw the fallen Jedi out. Obi-Wan’s forced to show himself and leads him away from the town where they get into a battle rife with history. Obi-Wan asks Vader how he turned into this, and Vader blames his former Master for who he became. Obi-Wan is burned and narrowly escapes with his life thanks to a save from Imra, but his nightmare isn’t yet over.

Darth Vader has his own character poster, and it’s fearfully powerful, just as the galaxy’s worst villain deserves. It’s likely that this won’t be the last time Obi-Wan and Vader confront one another in some form. With three episodes to go until the finale, there’s still so much story the show has to cover.

Obi-Wan Kenobi is available to stream on Disney Plus.