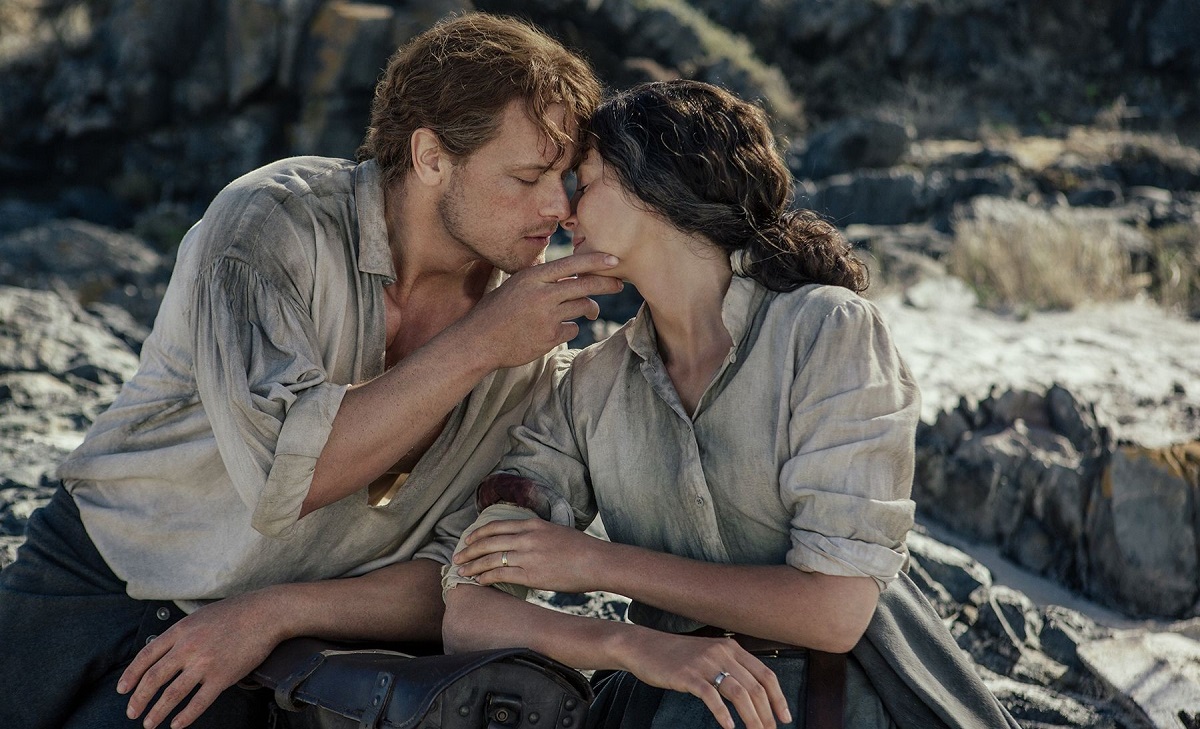 It’s once again Jamie and Claire versus the rest of the world as Outlander brings its tumultuous sixth season to a close with “I Am Not Alone.” Addressing this year’s shortened run and the finale’s most shocking development, here’s what executive producer Maril Davis revealed to fans after last night’s suspenseful outing.

Just as Jamie and Claire started to heal their wounds by the end of “Sticks and Stones,” Richard Brown and his ragtag militia arrived at the Ridge and asked Fraser to hand over his wife to stand trial for the murder of Malva Christie. Through the finale, the two protagonists hold their ground against the militia and delay them as much as possible, though they have no choice but to surrender Claire.

In another shocking turn of events, Malva’s father Tom Christie actually stands up for Claire and reveals his intention of making sure she goes through a fair trial. Richard Brown plans to have Jamie killed, but Young Ian and the Cherokee intervene and save him, with the hot-headed rebel riding off in the finale’s final moments to save his wife.

Maril Davis has explained to Variety why season six seems to come to an abrupt end, while also detailing the reason the show opted to end things on a cliffhanger and separate Jamie and Claire again.

“Due to COVID and a variety of factors, we kind of realized very quickly after we started the season that we couldn’t accomplish those 12 episodes. It just so happened eight was a perfect point to cut it off. Not only because that’s as long as we thought we’d go, but also it was a perfect way to end the season, with Jamie and Claire separated. We didn’t know what was gonna happen. We’d leave a cliffhanger moment. So it was perfect. There was a little bit of a tag at the end of this episode that we pushed into Season 7. But that was honestly the only change we made to this episode. This episode was always planned to be this way, this shootout at the O.K. Corral. I just love it. That shootout at the beginning is so cool. And I just love that shot of Claire coming around the corner with the rifle.

She further explained how the aim of the episode was to bring Jamie and Claire together in a way where “it’s them against the world.”

“It’s so symbolic of this whole season. We talk so much about the Ridge, and what happens when your home turns against you? Its climax is at this episode. Everyone is against Jamie and Claire. Everyone believes Claire did it, and no one speaks up for them. There’s a very small group of people who do. And it’s a huge surprise when Tom Christie speaks up for Claire. We don’t know whether he thinks she’s guilty or not, but we do know he’s gonna ensure she has a fair trial.”

The stakes have never been higher than they are right now for the Fraser family, though it might be a while until we get to see the next chapter in the story. Luckily, the Outlander crew is already busy shooting the 16-episode seventh season, which has an estimated release date that puts it anytime between Q1 to Q2 2023.