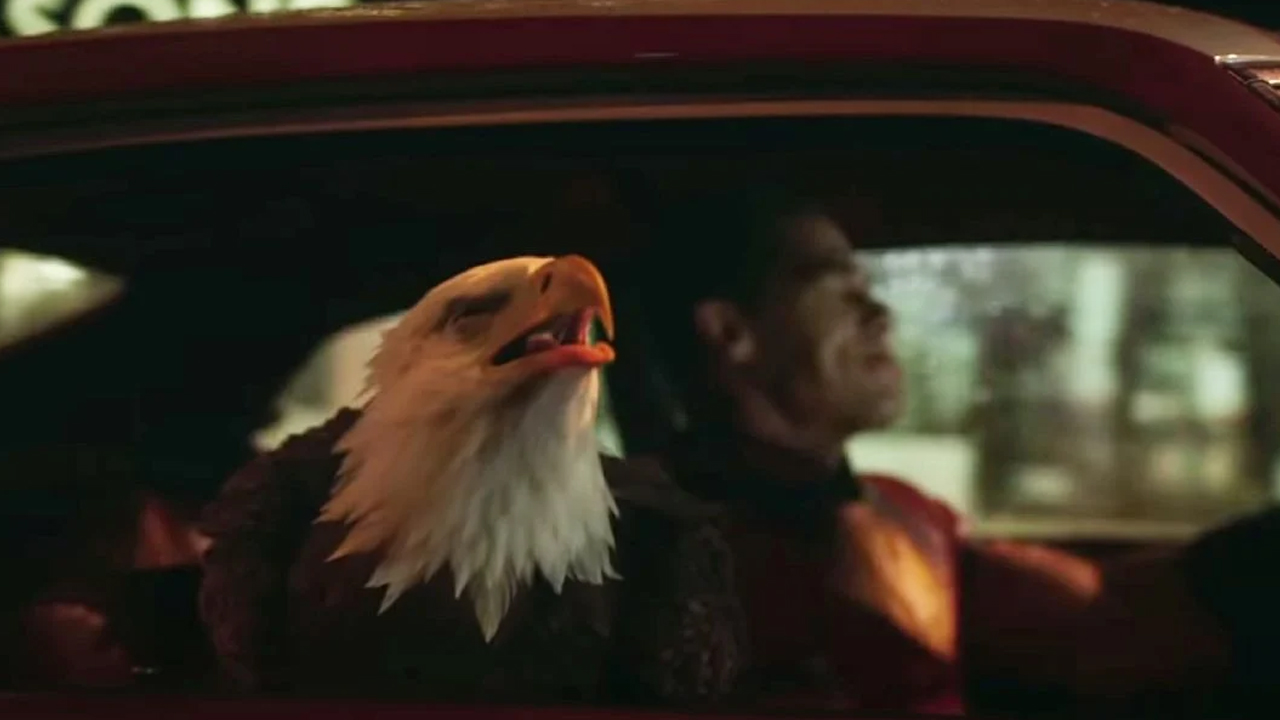 DC’s latest TV series and spinoff to 2021’s The Suicide Squad, Peacemaker debuted last week sharing three back-to-back episodes for fans. Despite getting a ton of content to kick things off, the episodes left fans with plenty of questions both about the story and its unique characters, which director James Gunn was more than happy to answer on social media.

Some of these questions were related to how Eagly was bought to life on the screen. Gunn answered, revealing that the character who is the beloved sidekick of the titular Peacemaker was entirely bought to life by the CGI team at Weta Digital. However, this wasn’t always the plan.

Gunn shared that there were plans to use a real eagle for the show, even going as far as to have one on set for filming, but things didn’t wind up working so well.

As he shared in response to a post on social media, the eagle wasn’t too pleased about filming and the team didn’t want to upset the animal so they decided to go the route of using CGI for all of Eagly’s scenes.

The director said that from his experience the best animals to work with on set have been dogs and rats — which were featured heavily during The Suicide Squad along with the use of CGI.

While Eagly’s visuals may have been completely computer-generated, the character still had a human behind its voice. The legendary voice actor Dee Bradley Baker lent his talents to the character, which wasn’t his first time appearing inside the DCEU. Previously, Baker voiced Sebastian the rat from Gunn’s The Suicide Squad.