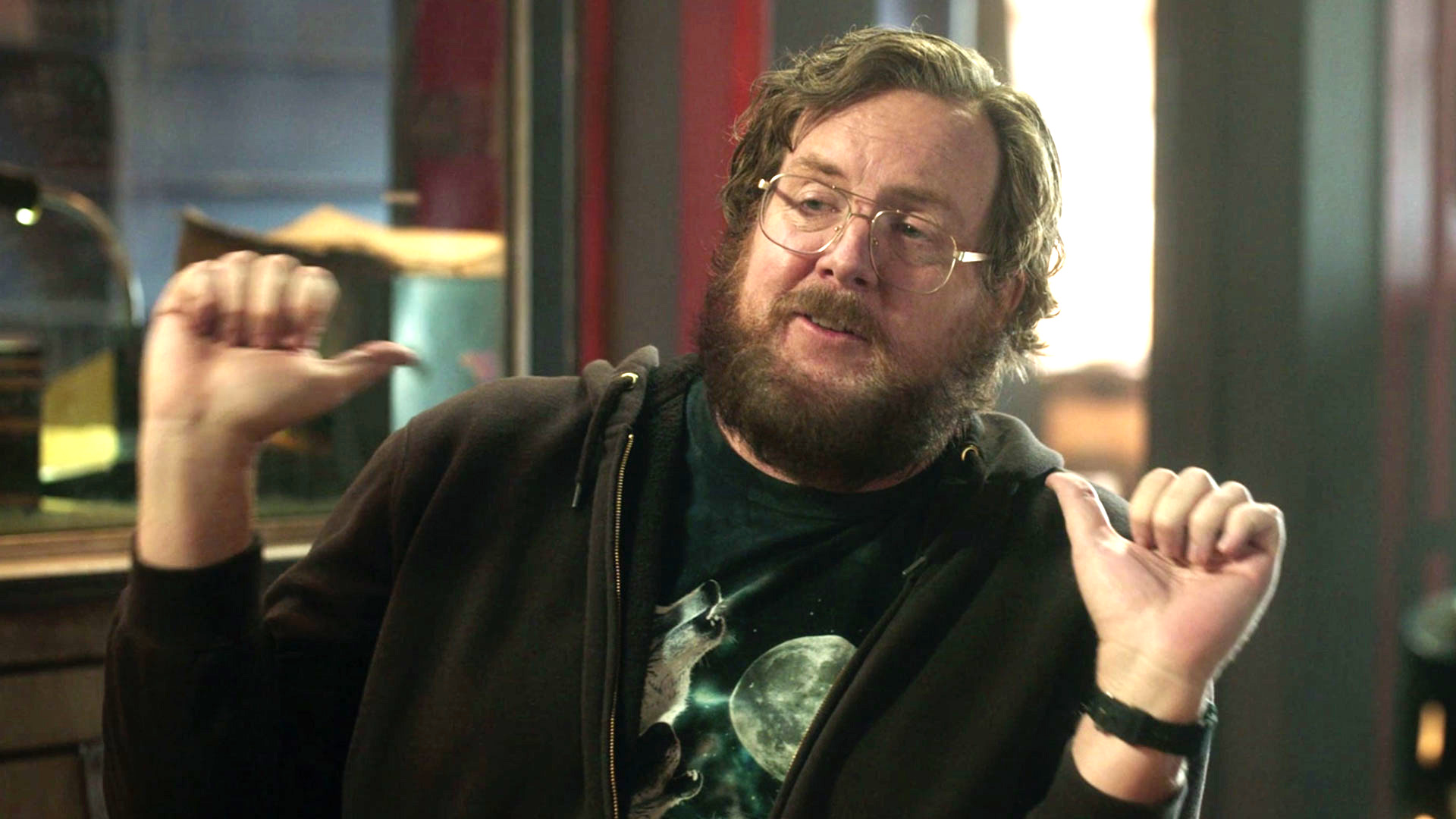 Peacemaker star Steve Agee, who plays John Economos in the super-antihero show, seemed stunned to find out from series creator James Gunn that no one is “safe” when it comes to the prospect of characters surviving season two.

It all started in a very friendly manner, with Gunn sharing on Twitter a photo of a King Shark sculpture he received as a gift from Agee.

“The EconoGOAT himself @steveagee came to visit and brought me perhaps the greatest gift ever – this #KingShark sculpture by proud_squirrel (on IG) who will guard our front door forevermore.”

However, the conversation soon got sidetracked when a commentator on Twitter asked whether this meant “Economos is safe for season two of #Peacemaker.”

However, when the Twitter user clarified he meant to ask whether the character of Economos “make it safely through the entirety of season two,” Gunn had a different response.

This would seem to imply that Economos — as well as any of the other Peacemaker characters — could be hurt or even killed in a sophomore season, something that seemed to shock the actor.

“WHAT!?!?” what the response from Agee, who provided the motion-capture performance for the Sylvester Stallone-voiced King Shark in last year’s The Suicide Squad.

Maybe Gunn is simply trying to keep DC fans on their toes with this seeming tease of season two. Then again, as we learned from the show’s first season and his Marvel effort Guardians of the Galaxy Vol. 2, Gunn is clearly not afraid of killing off a main character now and then.

The second season of Peacemaker is still a ways off, but it reportedly is in the works and safe from the recent onslaught of cut HBO Max streaming content that has recently taken place from parent company Warner Bros. Discovery. Sadly, we can’t give as strong of reassurance about Economos’ fate.