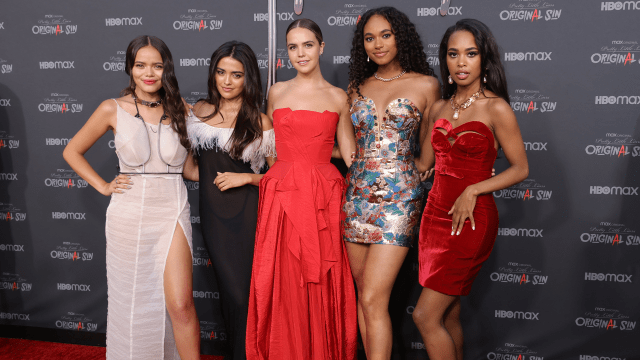 Hey liars, the secret’s out — and it’s a big one. Two of the most exciting teen dramas exist in the same universe, and if you’re hoping for a crossover, you’re not the only one.

Now that that whole two can keep a secret if one of them is dead, thing no longer applies. Roberto Aguirre-Sacasa shared details with TVLine that link Riverdale to Pretty Little Liars: Original Sin.

When asked if a scene in the sixth episode of Pretty Little Liars: Original Sin meant that the two shows exist in the same universe, Aguirre-Sacasa shared the following sentiments:

“I guess it does. We kind of just wrote that line in. I assumed that we wouldn’t be allowed to reference Riverdale, since it’s in a completely different universe, but it stayed in. So, yeah, I guess it does exist in the same universe. Bailee gives a great look when that’s mentioned. That was obviously just a fun Easter egg in an episode with the biggest Easter egg of them all, which is going to Rosewood.”

So what was the scene in question? The characters who went to Rosewood find out that some of the Ridley Sanitarium patients went to the Sisters of Quiet Mercy. Yes — Riverdale’s own home for “difficult kids,” which fans know was more of a tortured home run by deceitful and downright frightening nuns.

While the idea is exciting to fans, it’s also something those close to the series are hoping to explore.

“Alex Aiono, who plays Shawn, is obsessed with the idea of a rivalry between the Millwood High Steppenwolfs and the Riverdale Bulldogs. I would love for there to be a football game between them. Who knows, though. If we did push it further, I don’t even know how far we’d be allowed to push the shared universes. It would great, though, that’s for sure.”

With Riverdale heading into its final season, the window of opportunity is slowly closing. We’re hoping the powers that be will allow the realms to connect further and give us the football game that Aiono and Aguirre-Sacasa are hoping for.