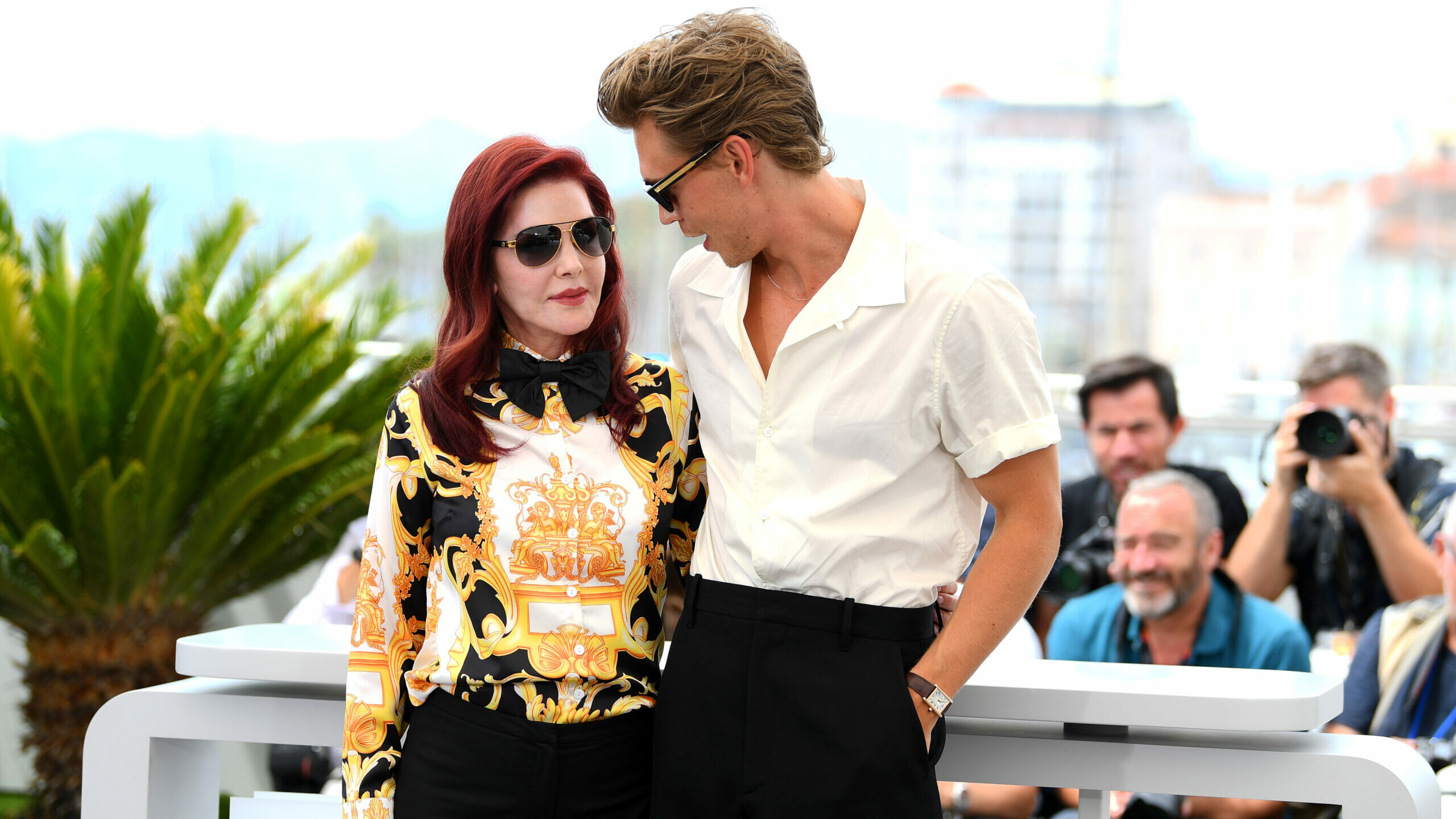 Baz Luhrmann’s Elvis hits theaters on June 24, and the film is something very personal and emotional for Presley’s ex-wife, Priscilla Presley.

Presley joined the actress who plays her in the film, Olivia DeJonge, for a chat with Chris Connelly on Good Morning America, where she shed some light on her feelings towards the film and what it was like to relive some of their most emotional moments together.

When she was asked about an intense moment in the film where Priscilla begs Elvis to go to San Diego with her to get help for drug addiction, she said it evoked something strong within her.

“Memories — memories… it was getting more and more frightening as time went by where he just was like rebelling.”

Seeing Butler transform into Elvis was also hard to put into words for the woman who knew and loved him best.

“Austin was just unbelievable. As I was watching it actually enjoying it — ‘Wow. This is a movie that he would have really loved, showing who he was, what he was striving for what his dreams were.'”

Of course, the film isn’t just about the larger-than-life pop culture icon; it’s also a story about love and heartache. Priscilla mentioned that watching someone play her in the most beautiful and heart-wrenching moments of her life was something else. DeJonge helped to make that process an easier one for her.

“I’m so happy that she was sensitive and that she was caring and that you know she was a little strong with him as well. And, you know, I thought she did a really, really nice job. I was pleasantly surprised.”

Portraying Priscilla Presley was a gift for DeJonge, and a role she took very seriously. She was almost giddy as Presley sang her praises while sitting next to her — something she called a relief.

“I mean, it’s a huge relief. I mean, yes, it’s strange to talk about because you’re right next to me, but you know, obviously — within my research, it was so evident the amount of love and care and sensitivity that was there. So I’m very glad that that came through.”

As those closest to Presley continue to share positive reactions to the film, longtime Elvis fans grow in excitement for the opportunity to see a movie that portrays his story, his heart, and how he danced into the hearts of fans worldwide.

Elvis hits theaters on June 24, and it just might be a good idea to bring tissues with you to the theater.