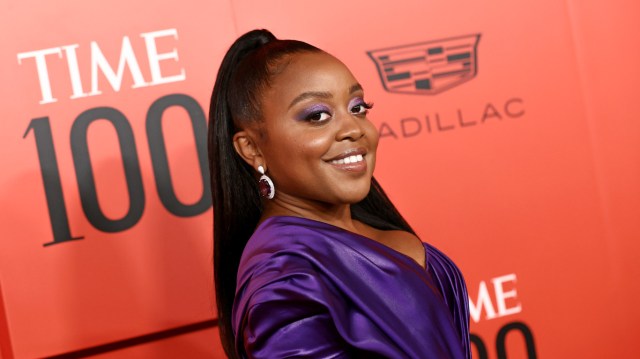 Quinta Brunson’s Abbott Elementary has been a smash hit since it premiered late last year, and now, the creator and star of the effort compared to The Office has won further acclaim and history for being the first Black woman with three comedy Emmy nods.

Selections for the 74th ceremony honoring the best in television have come out today and Brunson’s historical feat is detailed in a Variety article as well. Before her recognition for outstanding comedy series, lead actress in a comedy and writing the only Black woman winners in the past were Isabel Sanford in 1981 for her work as Louise on The Jeffersons, and Lena Waithe alongside co-writer Aziz Ansari in 2017 for Netflix’s Master of None. Brunson is also the youngest Black woman ever nominated in the category at 32 and, while she has not yet commented on the news extensively, the show’s official Twitter account is sharing love.

In response to the posting a number of fans have also weighed in and sentiment about the decision is overwhelmingly positive as of this story being filed. Several are posting clips from the show alongside the word “deserved,” others are posting happy emoji faces and Hulu, which is also a part of the network family under which the show is aired, took the time to weigh in with fans, too.

Abbott Elementary’s second season premieres Sept. 21. It follows a documentary crew looking at the lives of teachers in an underfunded and predominantly Black school in Philadelphia, where most teachers at it do not last more than a couple of years.