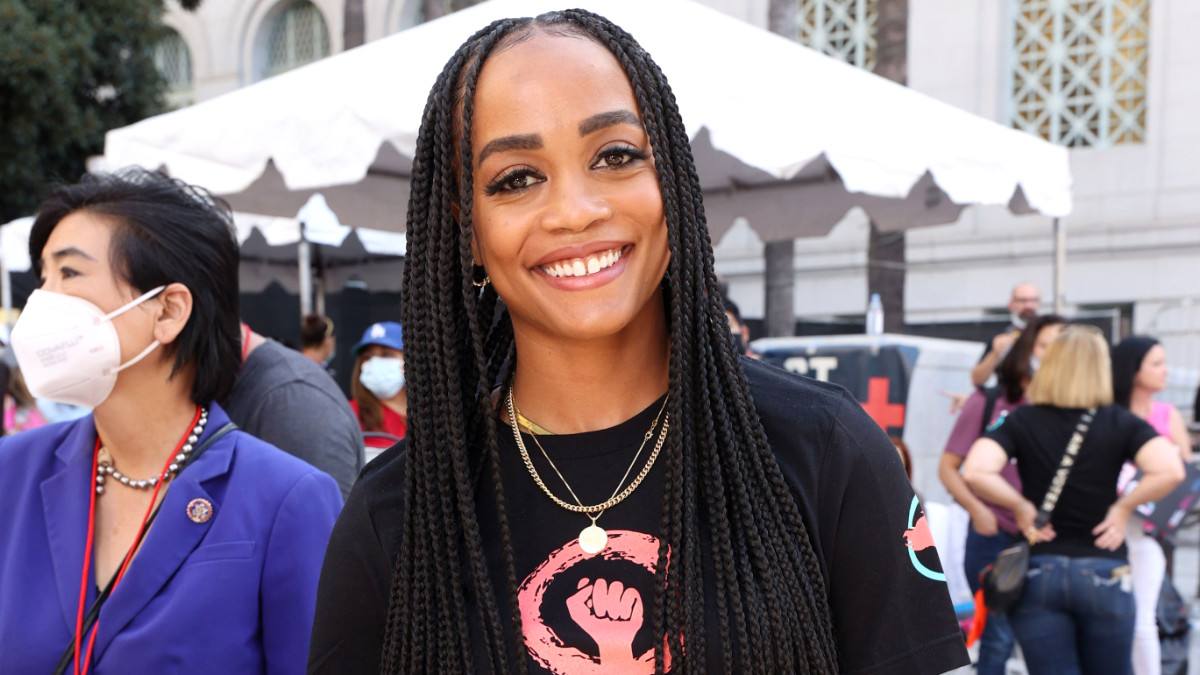 Former Bachelor contestant Rachel Lindsay made reality TV history when she became the first Black woman to be chosen as the lead of the 13th season of The Bachelorette in 2017. But as the 36-year-old attorney writes in her new memoir, Miss Me With That: Hot Takes, Helpful Tidbits, and a Few Hard Truths, it sounds as if that was hardly an accident.

At the time, producers were looking to cast season 21 of the long-running reality season, which starred Nick Viall and which Lindsay would later come in as second runner-up. Networks and studios were also feeling the crunch to include more diversity and representation in Hollywood in the wake of the #OscarsSoWhite hashtag, which took off in early 2015 after all 20 Academy Awards acting nominations went to white actors for what would be the first of two consecutive years.

As such, Lindsay writes in the book that she believes she was being groomed as a future franchise lead as early as her audition for The Bachelor in mid-2016 (the season premiered on Jan. 2, 2017), according to Us Weekly:

Looking back, Lindsay believes that the franchise was planning her potential future on the show as early as her audition for The Bachelor, writing about receiving style assistance from a casting director before the L.A. round of tryouts, something she now knows isn’t normal. After having a candid conversation about the lack of Black people in the franchise with producers, Bachelor creator Mike Fleiss came in to meet Lindsay, another abnormal part of her audition process.

During production on season 21, Lindsay was able to use her handler’s phone to call her parents to check on her dog. When her mom brought up rumblings online that she was already in consideration to be the next lead, her handler “immediately grabbed the phone from my hand [and] took the phone off speaker and put it to her ear. ‘You cannot talk about that,’ she told my mom.”

Since Lindsay’s turn on The Bachelorette, the franchise has made continued efforts in diversity — albeit baby steps — casting Tayshia Adams to replace 39-year-old Clare Crawley in season 16 and Matt James as the lead in 2021’s season 25 of The Bachelor.

Likewise, in Feb. 2021, former host Chris Harrison stepped down and later left the franchise altogether after defending season 25 frontrunner (and eventual winner) Rachael Kirkconnell during an Extra interview with Lindsay. At the time, old photos had been discovered of Kirkconnell attending an “Old South” ball when she was in a sorority three years prior.

“I saw a picture of her at a sorority party five years ago, and that’s it,” remarked Harrison at the time. “Like boom like OK this girl is in this book now and she’s now in this group, and I’m like really?”

“Well, the picture was from 2018 at an old south Antebellum party,” Lindsay interjected. “That’s not a good look.”

Tayshia Adams has gone on to co-host seasons 17 and 18 of The Bachelorette with a multi-year option to extend, while former season five Bachelor Jesse Palmer is currently hosting season 26 of The Bachelor.