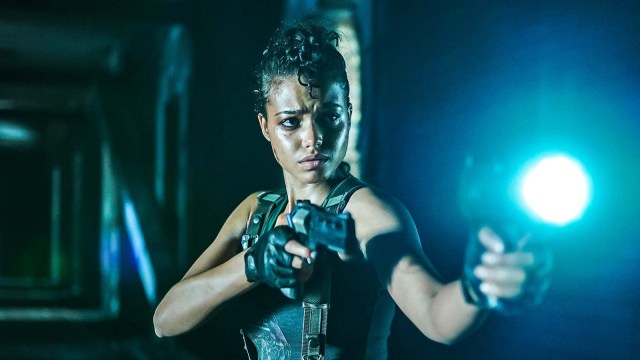 A brand new spin on Resident Evil has made its rounds on Netflix over the last couple of weeks, and like clockwork, fans of the source material and critics alike mauled it with all the ferocity of those iconic zombie hordes. After an eighth swing and a miss from the franchise’s live-action attempts, it’s high time we all wondered where things go so wrong for these ill-fated adaptations.

Leave it to Reddit to get right down to the science behind live-action Resident Evil, concluding with a thread packed with just about everything except a consensus.

Kicking off the discussion was a user who blamed Constantin Film for the franchise’s poor luck in live-action, having been responsible for all seven of the films, from 2002’s Resident Evil to 2021’s Resident Evil: Welcome to Raccoon City, as well as the recent Netflix series. Perhaps kicking the likes of Constantin out the door will grant us a live-action Resident Evil we all deserve?

One user echoed this sentiment, noting the questionable ins and outs of Constantin Film.

But others weren’t as convinced, believing that the fault instead lies with Resident Evil‘s mythos being poorly-suited for anything outside of video game form.

Another responder took to defending the new series, noting how it doesn’t adapt an existing storyline from the video games, and is instead branching into an unexplored part of the world.

Poor film adaptations of video games have become something of a meme, but the number of misfires from Resident Evil is unprecedented even in that realm; at least 1993’s Super Mario Bros. had the decency to call it quits right out of the gate.

Resident Evil is available to stream on Netflix.