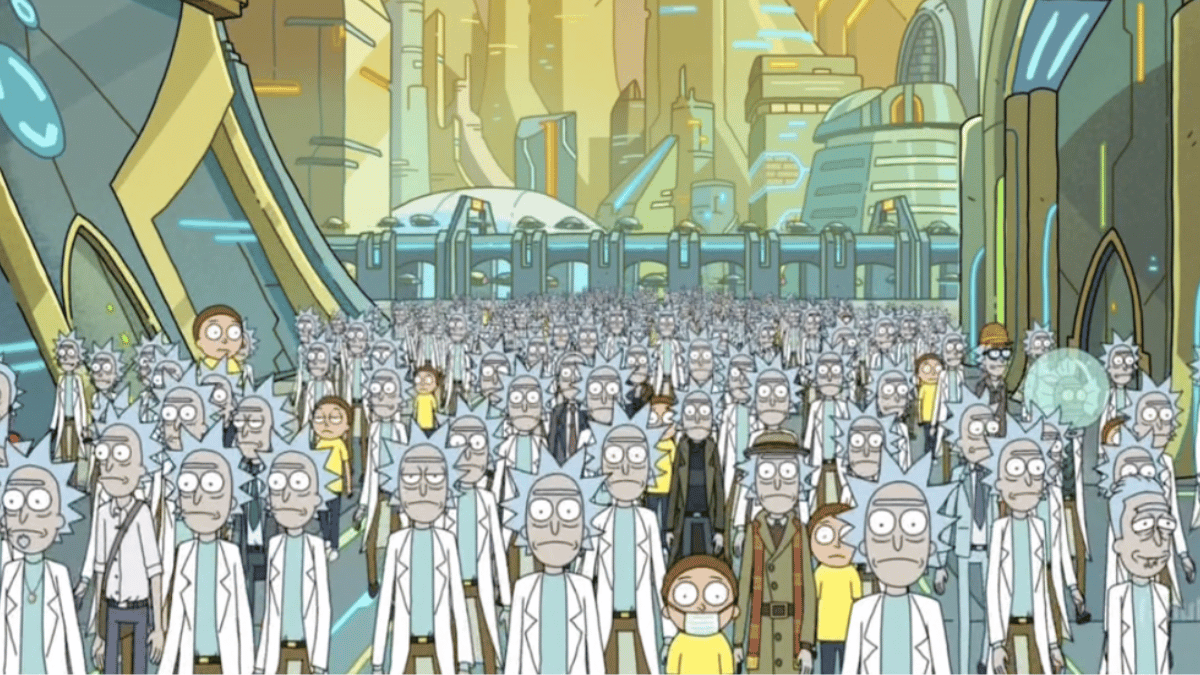 A few short hours ago, we learned that Adult Swim had cut ties with Rick and Morty co-creator Justin Roiland, and the showrunner would no longer be involved in the series going forward, which is set to continue for at least a seventh season.

Naturally, Roiland left a bit of a vacuum in the Rick and Morty franchise, considering he voiced both of the titular characters, so it’s likely left Adult Swim with a bit of a predicament when it comes to tackling the show’s future.

It doesn’t change the fact that Adult Swim was right in removing him, but that still hasn’t stopped the Rick and Morty fanbase from having a bit of fun with the uncertainty – and providing their own auditions for the roles.

The results are… well, see for yourself.

Katie here decided to straight up mix in a little Bart Simpson into her take by dropping an ‘ay caramba,’ while hilariously not even bothering to change her voice when she steps off to the other side of the frame for her Rick. A little awkward, but Morty is nothing if not awkward – so she’s captured the energy quite well, we’d say.

Next up, we have Justin with more of that infectiously hilarious awkwardness (Can we get a, “how’s it goin’ on?”) and hastily delivered catchphrases. His Morty was a little ‘aw jeez-y’ for our taste, but the Rick was pretty on point, at least when it came to the excessive burping. So far we’re casting Katie as Morty and Justin as Rick in the Rick and Morty sh**post dub.

Up next we have a double feature from Lord Sencii and Chaos The Clown, both of whom brought a lot of Family Guy energy to their auditions, showing off their unmistakable Peter Griffin chuckles as they deliver their (as is tradition so far) hastily improvised lines. Look, if Adult Swim was considering outsourcing the rest of Rick and Morty to Seth MacFarlane and his team, they could look here for reference.

Finally, we have Joey – who appears to have flipped his phone out in public, because he’s a committed actor, and when opportunity calls, it doesn’t matter where he is – there’s an audition to do, and it’s time to roll the cameras. Granted, it sounds like Joey got a bit shy with really projecting his voice given his surroundings, resulting in his Morty being a little too falsetto and his Rick being a little too froggy. Still, his lines didn’t seem as impromptu as his peers, so overall, A for effort, like the rest.

We’d like to thank these fantastic prospective voice actors for volunteering their time to share their visions for Rick and Morty season seven and beyond, although next time, they should probably be given some audition sides. Then again, half the magic we saw here was in the improv – so carry on.

This whole fiasco reminds us of when a Marvel fan page shared supposed news that Scarlett Johansson would be reprising her role as Black Widow for Avengers: Secret Wars and the entire internet collectively decided to dogpile the post with other far-fetched Avengers castings – we just love to see this sort of thing.

If you were seeking a more true-to-source prospect for a replacement Rick and Morty actor, another group of fans genuinely and unironically think they have found someone on TikTok.