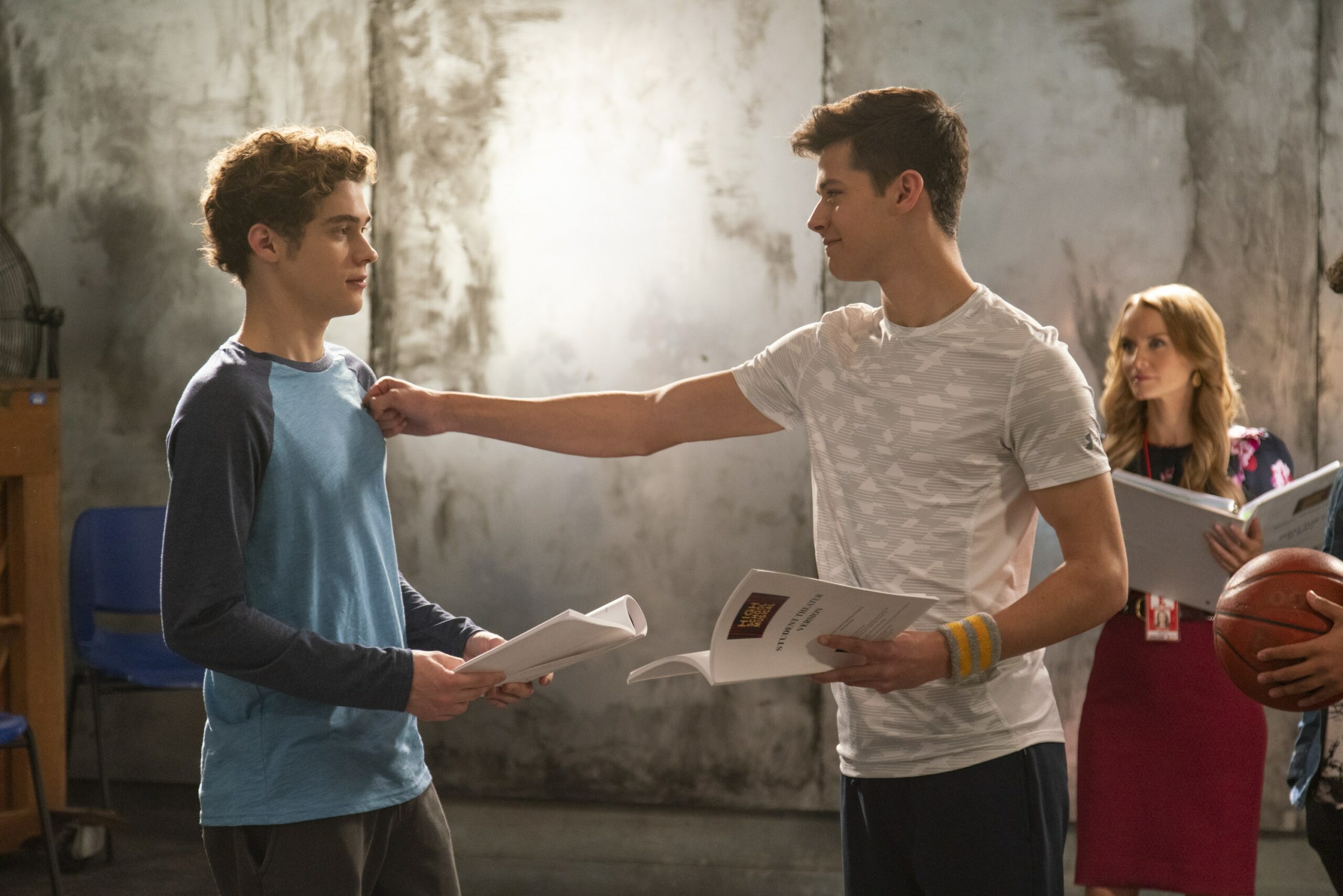 High School Musical: The Musical: The Series is a Disney+ original series that focuses on the fictional high schoolers that actually attend the famous East High from the High School Musical movies. Now on season three, the cast has gone to summer camp, where they are preparing to perform Frozen with the help of Corbin Bleu, the original Chad from the High School Musical trilogy. The original plot was based around Olivia Rodrigo’s character Nini and her love triangle with E.J. and Ricky. But since Rodrigo’s rocket to pop stardom, the main romantic plot line has shifted over to Sofia Wylie’s character Gina.

Now, the battle for Gina’s heart is starting to heat up at Camp Shallow Lake, where our favorite characters are spending their summer. E.J. is stuck in director mode with little time on his hands, while Ricky made a surprise appearance at the camp for the summer. Both guys have plenty of chemistry with Gina, which has sparked intense fan debate on Twitter over which “ship” — Rina (Ricky and Gina) or Portwell (E.J. and Gina) — is better and which ship should be endgame.

The end of season two made Portwell seem official and fans thought this season would focus more on the newly formed couple; however that hasn’t been the case and Rina stans have been quick to point out why there is still hope for an endgame E.J. and Gina match.

Portwell fans won’t give up on love that easily, though, and have plenty of evidence to offer that Portwell is here to stay.

Some fans are even pointing out the parallels between Portwell and HSM2 Troy and Gabriella when Troy was too busy with work to pay her any attention, yet they were still endgame in the series.

Based on tweets, it seems Rina fans are a bit more brutal when it comes to the shipping wars. They say why they hate Portwell almost as much as why they love Rina. Regardless though, both of these ships are adorable, and what couple you prefer really depends on what kind of ship dynamics you like. Slow-burn is your jam? Rina is it! Unlikely couple? Go for Portwell! Neither of them are bad couples, which is what makes it so hard to decide between the two.

Ricky and E.J. are both great characters with complex backstories and they both work really well with Gina. Unfortunately, E.J. is currently preoccupied with directing the musical, even though he didn’t want to. Ricky is free and finally ready for this relationship and it seems Gina is still interested based on their flirtations in episode 3.

Which ship will win out? We’ll just have to keep watching.