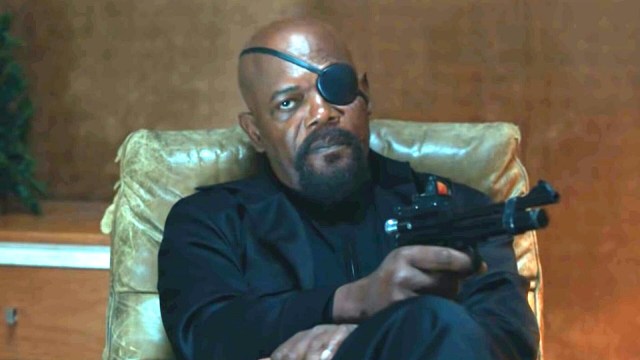 When it comes to the MCU, Nick Fury will forever be the original leader who brought together the Avengers. But ever since the character debuted back in Iron Man (2008), not much has been revealed about his past even though his role in the Marvel universe has become more and more important. Thankfully, Marvel Studios is all set to rectify their mistake of overlooking one of their most important characters and map his life story in the upcoming thriller series, Secret Invasion.

In a recent interview with Entertainment Weekly, Cobie Smulders — who will be reprising her role as ex-S.H.I.E.L.D. Agent Maria Hill in the series — shared how Secret Invasion will explore the connection Nick Fury and Maria Hill share after working together and having each others’ backs for years.

“The great thing that the series gives us the opportunity to do is really dive into the characters more, really explore their relationships with each other,” Smulders said. “It was just really exciting to shoot these scenes with Sam that were like, we weren’t just talking about ‘How are we gonna get the thing to fix the thing?’ And we’re able to show sort of their relationship that is seen behind the scenes.”

But the major focus will be Samuel L. Jackson’s Fury as the series will be taking a “deep dive” into his story in the MCU. Smulders teased that Marvel fans will be seeing “a version of Nick Fury that they haven’t seen before.”

“You know like, what does he do to relax? Does he ever relax? What are his hobbies, you know? Does he have a family? What is his backstory? And they really do a deep dive into him and his life in this series.”

Nick Fury’s last MCU appearance was in Spider-Man: No Way Home, where the man in question was seen in space, commanding a Skrull spaceship. He was indirectly mentioned in the mid-credits scene of WandaVision, where a Skrull in disguise informed a surprised Monica that a friend of her mother wants to meet up with her in space. Only the upcoming Disney Plus series will tell what top secret plan Fury has been hatching and why he needs Monica, who recently acquired powers of her own.

In typical MCU fashion, Secret Invasion will be divided into six episodes, which will be aired weekly. At the recently held San Diego Comic-Con, it was announced that the series will debut on Disney Plus in Spring 2023