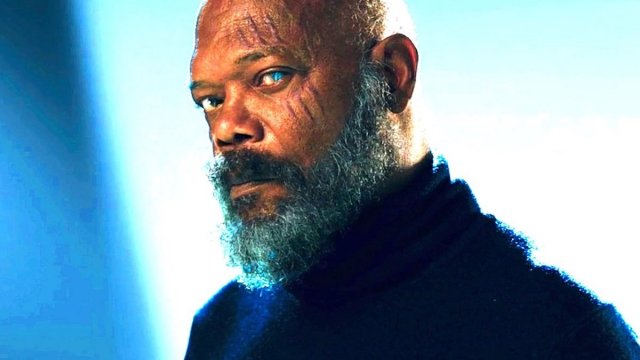 Sadly, Secret Invasion won’t be landing on Disney Plus this year as we initially thought it would, but if we just sit tight and be patient, some updates for the Marvel show should come our way eventually. Case in point, our first official glimpse at Nick Fury’s new look in the series has now been revealed, thanks to the unveiling of a fresh Funko POP! figure.

Funko, those purveyors of pop-eyed plastic people, have announced a new Nick Fury figure that’s coming out soon as a New York Comic Con exclusive. In doing so, they’ve just given us official confirmation of Fury’s revamped appearance in Secret Invasion. As we’ve seen in set photos, Samuel L. Jackson’s ex-spymaster will sport a much more disheveled design this time around.

As the POP! shows, Fury has swapped his familiar black leather jacket for a brown leather coat and green slacks, also notably donning a beanie hat and letting his beard grow out. What grabs the eye most, however, is that he’s ditched his signature eye patch in favor of showing off the injury he received from Carol’s flerkin pet, Goose, during the events of Captain Marvel. Overall, his look gives the impression that he’s more of a lone soldier against the world these days.

Part of the reason why Fury’s bundled up like this might be because Secret Invasion will be set in the colder climate of London. The plot, as based on the Marvel Comics event of the same name, sees Fury team up with his old Skrull buddy Talos (Ben Mendolsohn) as they investigate an underhanded incursion of the planet by the shapeshifting aliens. Olivia Colman, Emilia Clarke, and MCU vet Don Cheadle are among the A-list supporting cast.

Secret Invasion is set to infiltrate Disney Plus, as one of the first entries in the MCU’s Phase Five, sometime in spring 2023.