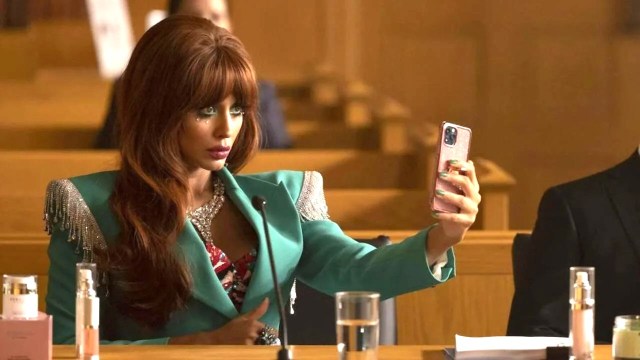 Titania finally made an impact on She-Hulk: Attorney at Law this week, after vanishing for weeks following her cameo at the end of episode 1. We’re still not entirely sure of the nature of her beef with Jennifer Walters, but in episode 5 she and Jen at least came to blows in the courtroom as the shameless social media influencer attempted to sue the lawyer for use of the She-Hulk name, which she had sneakily trademarked before Jen had the chance.

Now that we’ve got to know Titania a little bit, the Marvel fandom has been buzzing about the villain so much that she started trending on Twitter. And Titania herself had the perfect, most on-brand response to the development. No, not actress Jameela Jamil, Titania, who has her own Twitter account. Sharing a screenshot of her name in the trending column, the superpowered wellness guru wrote, “duh.”

It’s unknown if Jamil actually is the one behind the Titania account, but it wouldn’t surprise us given a) how active The Good Place actress is on social media and b) just how much she has dedicated herself to bringing Titania to life off the screen. Jamil has appeared in character in both Los Angeles and in New York as part of some creative promotion for She-Hulk. In fact, we’ve seen more of Titania IRL at this point than we have on TV.

We’ve still got four episodes left to go of She-Hulk, so presumably Titania will step up and have a bigger role moving forward. Will we find out she’s the one who ordered the Wrecking Crew to fetch some of Jen’s blood? It seems likely. Find out what’s next for the trendsetting Titania as She-Hulk: Attorney at Law continues Thursdays on Disney Plus.