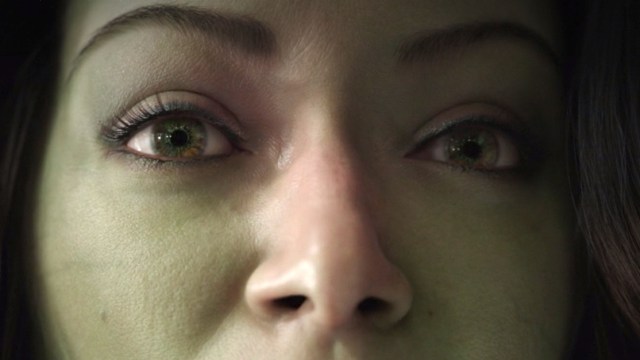 She-Hulk: Attorney at Law/Disney Plus
Review of:

The CGI in She-Hulk: Attorney at Law was one of the most-discussed aspects of the series right from the first trailer, with many unkindly referencing Shrek as a point of comparison. Most of those complaints quietened down once the show aired, with the smart writing making any effects problems easy to ignore.

The process of transforming the titular heroine from a sweet, diminutive brunette into a towering green behemoth is a key element in the show and it turns out the inspiration behind the process came from an unexpected but delicious place. Digital Domain’s Jan Philip Cramer spoke with ComicBook.com and revealed that Jen’s transformation from human to hulk was inspired by… strawberries.

Cramer detailed the trials involved in tackling Jen’s journey as a Hulk without leaning into the established norms of transformation. Most on-screen attempts are “rather painful on the body,”, adding that they are often delivered via “bones breaking and resetting.” The team wanted to go in a different direction with She-Hulk, whose transformation is intended to be “a pretty event, something beautiful that’s happening.”

That’s where strawberries came in. The team “got a reference, early on, of a strawberry ripening,” and it provided just the inspiration they needed to alter Jen’s process into something “pretty” rather than “scary or uncomfortable.” The process of a strawberry ripening is apparently “a very simple but very elegant transformation,” and perfectly mirrors what the team wanted for She-Hulk. It gave them the reference they needed to really hone in on the minor details, “like little veins and little goosebumps running,” without venturing into disturbing territory.

Digital Domain Animation Supervisor Elizabeth Bernard noted that the second episode contains her favorite transformation, this time from She-Hulk back to Jen:

“She’s had quite a few glasses of whiskey at this point, and he asks her to transform back into Jen so that he can fire her, and she just falls down instantly, because she can’t handle her liquor at that point anymore. That was such a funny scene to get to work on. I loved it.”

The show still has middling reviews on many aggregations sites, largely due to broad backlash against the mere thought of a powerful female lead in a Marvel release, but those who enjoyed its unique flavor of charm and humor have been vocal in their support.

If you’d like to witness Jen’s “pretty” transformations for yourself, the first season of She-Hulk is available, in its entirety, on Disney Plus.