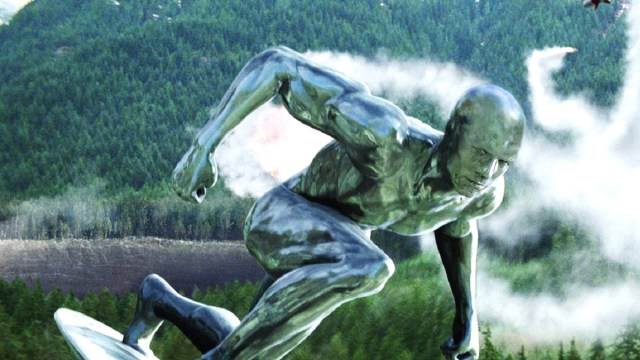 Marvel Studios acquired a mind-boggling number of iconic characters following the acquisition of 20th Century Fox, and one name that fans are looking forward to seeing as part of the cinematic universe more than most is that of Silver Surfer.

Unlike the majority of the X-Men and Deadpool, Norrin Radd hasn’t exactly been covered in live-action glory through multiple appearances in acclaimed blockbusters. Doug Jones motion captured the cosmic favorite in Tim Story’s Fantastic Four: Rise of the Silver Surfer with Laurence Fishburne providing the vocals, but it would be fair to say the results were hardly stellar.

It’s a case of “if” and not “when” the longtime comic book resident makes his MCU debut, then, and The Cosmic Circus has come forth with a rumor that would send the MCU masses into meltdown were even half of it to bear fruit. Per the report, development is underway for a Special Presentation focusing on Silver Surfer that’s allegedly been described as inspired by Netflix’s The Sandman with a cosmic twist, which is tantalizing to think about.

Not only that, but as the story goes, Silver Surfer is being designed with the intention of launching prior to the Fantastic Four reboot in February 2025. The bare bones of the plot will find the title hero roaming the cosmos on his own without tying into any of the MCU’s established cosmic residents, but could drop several breadcrumbs regardless.

Where Silver Surfer goes, Galactus doesn’t tend to be too far behind, and should the purported Special Presentation land before Matt Shakman’s reinvention of Marvel’s First Family, then it could set the stage for what’s to come, and act as a mouthwatering teaser of the intergalactic expansion to come in Phases Five, Six, and Beyond.