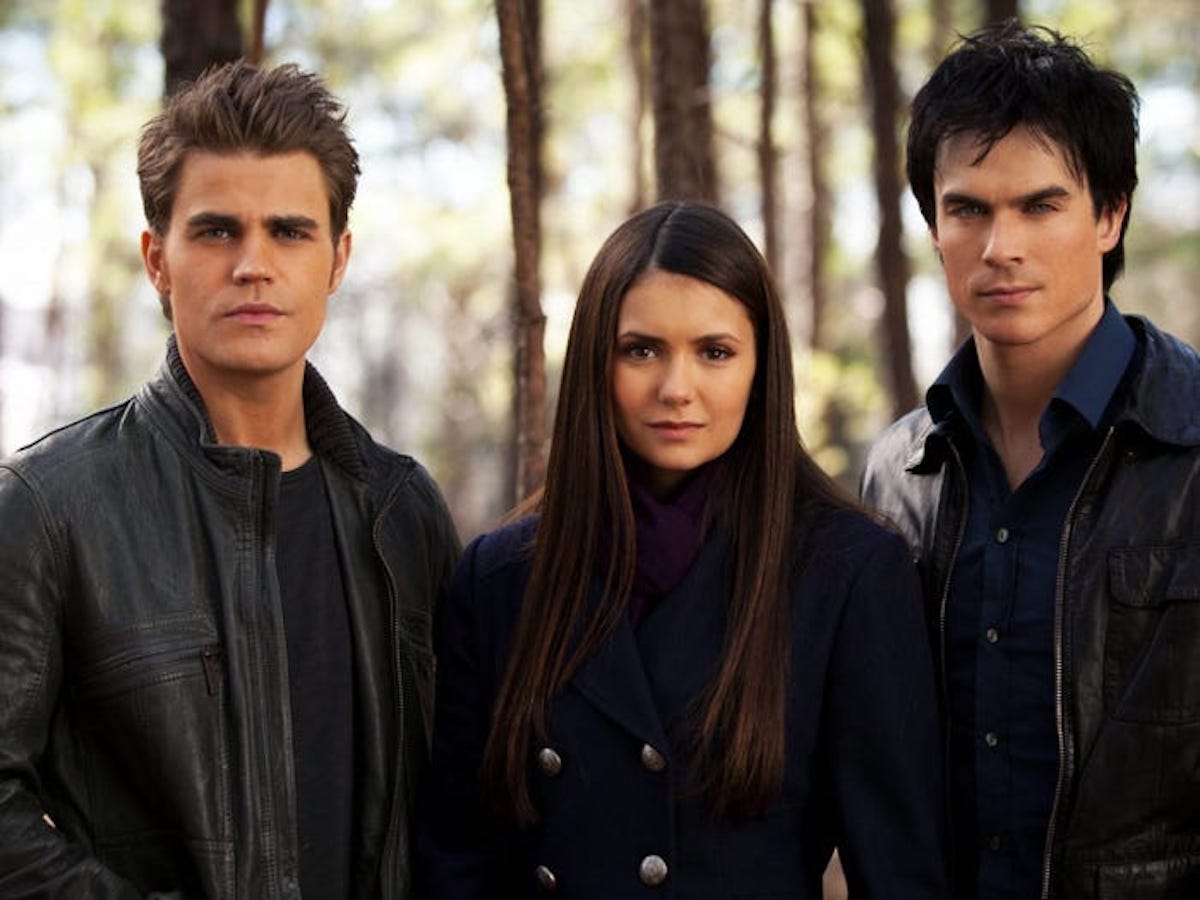 Let’s face it –– a show like The Vampire Diaries doesn’t come around often. TVD premiered in 2009 and ran for eight seasons as one of the most addictive vampire-centered dramas of all time. In fact, it was constantly being compared to the Twilight movie saga. Nina Dobrev, Ian Somerhalder, and Paul Wesley did an incredible job leading the way in TVD. No one will be able to forget how incredibly Candice King, Kat Graham, and the rest of the cast handled business in every single episode! Fans can currently binge-watch episodes of TVD on Netflix, but if you’ve already finished the series through and through, you might be curious to know if there are other comparable options to get hooked on.

Legacies is a spinoff to TVD, so obviously it’s going to be an integral part of this list. The show premiered in 2018 and released four seasons so far on the CW network. It focuses on a new generation of protectors residing in Mystic Falls. The Salvatore School for the Young & Gifted is the backdrop where students with supernatural powers are able to spend time together learning to protect themselves and the ones they care for most.

The Originals is another secondary spinoff to TVD that premiered in 2013 and lasted for four seasons. It’s all about the first-ever vampire-werewolf hybrid named Klaus. You definitely recognize his name from TVD! He’s a one-of-a-kind individual who must return home to New Orleans to figure out why he’s being plotted against with damaging rumors. He realizes he must lean on the only people he can trust by creating trustworthy alliances in order to survive.

There might not be any vampires included in a show like Riverdale, but it’s still a dark drama to binge-watch on the CW network, nevertheless. Riverdale is about a group of troubled teenagers who must deal with the dangers of their city while also juggling the painful intricacies of friendships and relationships at such young ages. Lili Reinhart, Cole Sprouse, KJ Apa, and Camila Mendes are the stars of this super interesting and highly intense show.

Although Shadowhunters only aired for three seasons starting in 2016, the romantic drama is filled with so many intriguing supernatural moments that it’s worth checking out. Shadowhunters is comparable to TVD since it’s about a teenager who sees her life turn upside down based on the involvement of vampires and werewolves in her small-town community.

Bitten is an action series that ran for three seasons starting in 2014. Just like TVD, the main character is a female named Elena. In Bitten, Elena is a total loner who feels like she doesn’t belong in her small bubble of a town because of how different she is. She’s the only female werewolf alive on the planet, but instead of embracing her reality, she does her best to run away from it. Connecting with the people around her to create meaningful relationships doesn’t come easy, but eventually, it’s something she realizes she has to do to become happier in life.

There are plenty of werewolves included in TVD, and Teen Wolf provides more brushes with this lupine creature. The MTV show stars Tyler Posey, Dylan O’Brien, and Tyler Hoechlin in leading roles. It’s about a high school kid name Scott who doesn’t necessarily stand out in a crowd no matter what he does. One mysterious evening while he’s taking a walk in the woods, he gets bitten by a werewolf and it changes his life forever. He must learn how to control his powers before accidentally hurting an innocent human being. As the show progresses, Scott realizes that getting bitten by a mysterious creature might’ve been the best thing that ever happened to him, even though it was also an extremely scary experience to endure.

While you won’t find any vampires or werewolves in Pretty Little Liars, you’ll certainly find a group of attractive young people harboring plenty of deep secrets. In TVD, the main characters are harboring secrets about their supernatural powers and desires. In PLL, the main characters are trying to keep their most personal, and sometimes disturbing, knowledge away from a cyber stalker. The leading ladies in the cast of PLL are Lucy Hale, Shay Mitchell, Ashley Benson, Sasha Pieters, and Trion Bellisario.

Since Somerhalder is one of the biggest stars of TVD, it makes sense that another one of his shows would also be included on this list. V Wars is the title and not only is he the star of the show, but it’s also totally vampire-themed! When a doctor and his best friend turn against each other in a moment of dire urgency, it leads thousands of people to get turned into vampires after an ancient disease gets leaked into society.

Secrets, lies, and rumors fuel every single episode of Gossip Girl… even though there aren’t any vampires or werewolves in sight. Zero supernatural entities exist in Gossip Girl, but the show is still comparable to TVD for plenty of other reasons. One thing to consider is the love triangles included in both shows! In TVD, Elena is caught up between Damon and Stefan Salvatore. In Gossip Girl, the love triangles are totally endless and pop up throughout most seasons of the series.

There are so many mythical creatures included in Once Upon a Time, making it comparable to a show like The Vampire Diaries. Once Upon a Time tells the wild stories of so many different fairytale legends as they collide with modern day existence. A few of the interesting mythical creatures included in Once Upon a Time are Snow White, Captain Hook, Robin Hood, Princess Belle, and Cinderella. Watching the ongoing struggle between good and evil throughout episodes of the show is what makes it so exciting to watch.