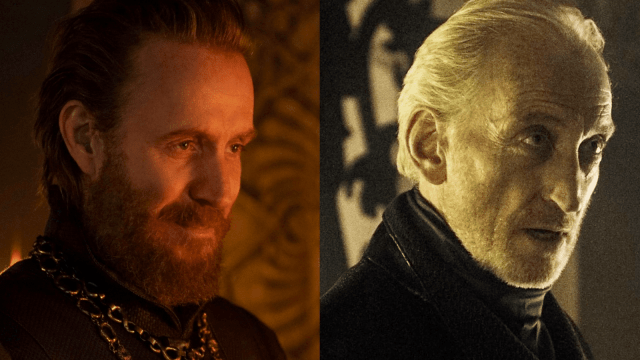 Now that the first season of House of the Dragon has wrapped up, a bit of breathing space has been created for some healthy discussion, and the comparisons to Game of Thrones are rolling in thick and fast.

Today’s discussion was kicked off by a House of the Dragon fan account on Twitter that posed the question: who is more cunning – Otto Hightower, or Tywin Lannister?

While House of the Dragon has been pretty universally well-received, the tyrannical patriarch of choice among fans appears to be Tywin, hands down.

Some reactions are just fierce roastings of Hightower; we’re particularly tickled by the prospect of the character being a Walmart Great Value-brand Tywin Lannister, but some valid points are being made.

Most notably, a common pro being observed about Tywin over Otto is his innate ability to just get things done, whereas Otto needs to waffle around a fair bit before making anything meaningful happen.

It’s prompted some entertaining takes on what each character would do if they were in each other’s shoes, with this user pointing out the Hightower usurpation of the throne would have been a lot more swift and brutal if Tywin were calling the shots.

Of course Tywin wasn’t without his naysayers, with some calling the head Lannister out for his overuse of brute force to get his way. Orchestrating the infamous Red Wedding in order to eliminate his primary tactical threat was pretty messed up, after all.

If we’re talking strictly about answering the House of the Dragon account’s question, Otto may be the winner by the definition of the word.

Ultimately, no matter which side of the fence you sit on, the games the two characters played were quite different – one is an aggressor, the other is a manipulator, as this user points out.

One thing is for certain – Otto Hightower’s story is far from over, and we can’t wait to see what sorts of schemes he hatches in House of the Dragon season two when the long-brewing war finally gets underway.