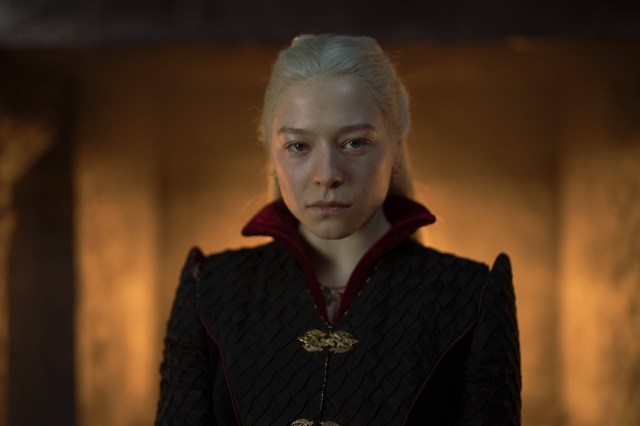 Warning: The following article contains spoilers for the first season of House of the Dragon

With the first season of House of the Dragon ending as it did, the Targaryen civil war known as the Dance of Dragons is now as unstoppable as the inevitable onslaught of the Night King and his undead army almost two centuries after it.

After that little skirmish over the skies of Storm’s End, with Aemond One-Eye and his dragon Vhaghar killing Rhaenyra’s son Lucerys Velaryon, the Blacks and Greens will clash in the upcoming season two. The newly proclaimed Lady of the Seven Kingdoms will be in a fit of rage, and the realm will pay for it.

Now, in a new interview with Digital Spy, House of the Dragon star Bethany Antonia, who portrays Baela Targaryen (daughter of Daemon and Laena) in the show, has teased that season two will be like going to war.

The death of Lucerys wasn’t exactly Aemond’s fault, but no one is going to hear his side of the story now, least of all Rhaenyra, who is out for blood.

That’s all still a while away, with House of the Dragon planning to roll the cameras on its second season in early 2023, putting its release date anywhere between early to late 2024. Strap on your seat belt, Westeros fans, because this is going to be a long wait.