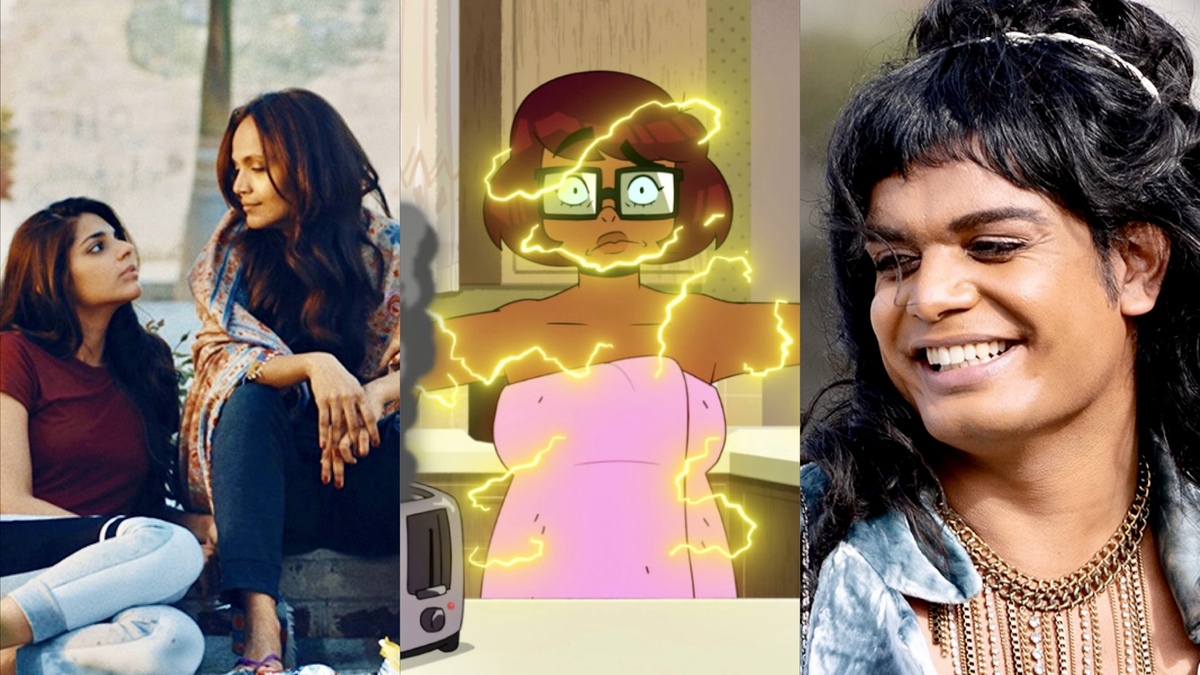 It doesn’t take a sleuth to uncover that HBO Max’s new Scooby-Doo spin-off Velma is receiving a ton of bashing online. In what is arguably the worst-reviewed program on air right now, the casting, reimagined characters and their new personalities, and the writing have all been panned by the general public, and as the time of writing, the show sits at a woeful 1.4 out of 10 stars from user reviews on IMDb.

In contrast to the overwhelming backlash, it is reportedly on the verge of being renewed for a second season, and whether or not this is due to the network’s faith that the series will eventually pick up among watchers, or the surge in viewership numbers due to hate-watching, the fact of the matter is that Velma might not be going anywhere, anytime soon.

What are some of the problems with Velma?

For starters, many have deemed the program a slap in the face of the iconic franchise, and have called out executive producer Mindy Kaling for some of the jokes that have appeared on the show, which range from uncomfortable and misogynist, to downright unfunny (there’s a #MeToo joke that should have definitely stayed in the drafts). Besides taking out the central and beloved character Scooby-Doo from the story, fans had an issue with the stark deviation from the personalities of the original characters that make up the iconic team of young mystery solvers.

While the series does offer a few positives, particularly the voice acting of Glenn Howerton as Fred Jones, there’s a lot more lacking. Velma is a South Asian American girl who has given up solving mysteries since the disappearance of her mother, but has to put on her sleuthing cap once more after she becomes the prime suspect in the murder of her classmate, Brenda. In what was most likely a way to increase South Asian representation on screen, Kaling’s work has ultimately backfired, as the portrayal of the lead character has been met with severe criticism from viewers. Not only is the lead character an extremely rude person, but she is a bully who differs greatly from the original character many have grown to love over literal decades.

It’s pretty much established that the new character gains some sort of twisted pleasure from tearing others down. From her verbal lashings at Fred while in court, which could have been for no other reason than to bash his self-confidence and present him highly incapable, to poking fun at Norville in order to escape a panic attack, our protagonist isn’t exactly scoring high points from the public.

In regards to the latter scenario, Velma is having what can only be explained as a form of panic attack, and the only way out of it is to nudge Norville into cracking more jokes to take her mind off the situation. The only problem is that there are no jokes being told here, as Norville was simply declaring his feelings for her. While she isn’t obliged to reciprocate these feelings, the writing of this series takes the insurmountable weight of a panic attack and turns it into a façade of how people who struggle with panic disorders and episodes actually feel. It’s more than a little twisted that the only way for Velma to get out of her head is to laugh at her friend.

But Velma isn’t the only character who’s been greatly botched with this new series, and that’s what lands the final blow for many, as all four main characters are a tad insufferable.

Daphne, who has always been portrayed as sweet and tender-hearted, is now a mean girl with a brash attitude, and Fred is everything but bright and courageous. He’s essentially a bumbling buffoon in the new series, and to top it off, the laid back Shaggy now goes by his birth name, Norville, and is an overachieving journo whose endless appetite has been replaced by an elite palate.

One major question on the lips of many who have seen either the trailer or the show is: Why didn’t Kaling just create the show as a brand new effort, and not disrupt the canon of the long-running franchise that has been around since as far back as 1969?

There seems to be a light at the tunnel though; due to the poor reception of the show, and the backlash from South Asian watchers, there are users on social media recommending other films and TV shows for some delightful South Asian representation, while encouraging others to stay away from the animated series.

So if you’re over the antics and shenanigans of Velma, and are determined not to watch the new and unimproved Mystery Inc. gang, here are some South Asian-led films and series to spend your time with.

If you’re more interested in keeping up with the sleuthing activities of a much more interesting foursome, then the Pakistani web series Churails is a must-watch! Churails, an Urdu word which translates to “demons” or “witches,” is about four vastly different women who lead a secret detective unit with one goal in mind — to catch and expose cheating husbands in the city of Karachi. It’s a fun and thrilling ride, and at 10 episodes long, is a quick binge that hooks the viewer in from start to finish. Hailed for its portrayal of women who seek to break patriarchal problems, Churails is a phenomenal series with strong South Asian women at its center.

One of the highest-reviewed Pakistani films of all time, Cake has no shortage of devoted fans. It centers around estranged siblings Zareen and Zara who have to manage their personal lives while taking care of their aging parents. What results is a fine offering that intricately details the subtleties that can make or break familial relationships. There’s comedy, suspense, drama, and romance, and the film has been praised for being distinctly Pakistani.

Based on the classic novel Sense and Sensibility by Jane Austen, Kandukondain Kandukondain follows the story of a pair of sisters who strive to find the perfect man amid losing their country estate and their wealth. The film is a staple in Indian cinema, and stars notable faces, including Mammootty, Ajith Kumar, Tabu, Abbas, Manivannan, Srividya, and Aishwarya Rai.

For the lovers of animation, or those interested in a unique story with a ton of action and heart, then Arjun is a fine selection with a wonderful South Asian lead. The film follows the titular character, a Pandava who becomes a skilled warrior and must now protect his family from those who seek to take them down.

Sort Of is hilarious and detailed take into the life of a South Asian non-binary millennial named Sabi, who has a lot on their plate to juggle each day — from navigating  the streets of Toronto as a gender-fluid child of Pakistani immigrants, to working two jobs as a bartender in an LGBTQ bar, and a nanny. The jokes are solid, and the personal nature of the entire comedy-drama has audiences glued to Sabi and their journey, but what makes Sort Of truly remarkable is creator Bilal Baig’s expertise in turning these important stories about identity and labels into natural, everyday television.

A charming romantic comedy, Khoobsurat, a Hindi word which translates to “beautiful,” may not have gained a large following in native India, but it scored hearts in the rest of the world. The film follows the life of Milli, a physiotherapist who works for a royal family. Things take a turn when she begins to fall in love with the Prince, especially because his family is ruthless, and he is already betrothed to marry someone else. Khoobsurat is a delightful entry that offers witty writing, a likable couple, and great songs.

Besides the fact that it is officially a record-breaking release, and the start of a shift in terms of Bollywood recognition by major awards bodies, RRR really is a magnificent watch. The epic action Telugu blockbuster tells the story of the lives of two Indian revolutionaries who team up against the British Raj in the 1920s. It currently has the title of the most expensive Indian film to make, but has reaped its rewards in its critical and commercial success, as well as taking home the Best Original Song at the 80th Golden Globes, becoming the first Asian song to do so. RRR also won the awards for Best Song and Best Foreign Language Film at the 28th Critics’ Choice Awards.

A groundbreaking moment in Indian cinema history, Fire was released in 1998 and set the entire country ablaze. It was the first mainstream Bollywood film to feature a lesbian couple, and was acclaimed by critics, and although public reception at the time was extremely polarized, it has become a staple in LGBT films worldwide. In this film, when the husbands of Sita and Radha refuse to be intimate with them, choosing to either stay celibate or sneak around, the two women build a taboo intimate relationship of their own with one another.

Seasoned Indian actress Priyanka became the first South Asian to lead an American network drama when she was cast in the lead role as FBI agent Alex Parrish in this ABC thriller. Quantico was a success for the network, and earned positive reviews, but it’s greatest success was solidifying the marketability of a South Asian lead, and Chopra went on to win the People’s Choice Award for Favorite Dramatic TV Actress.