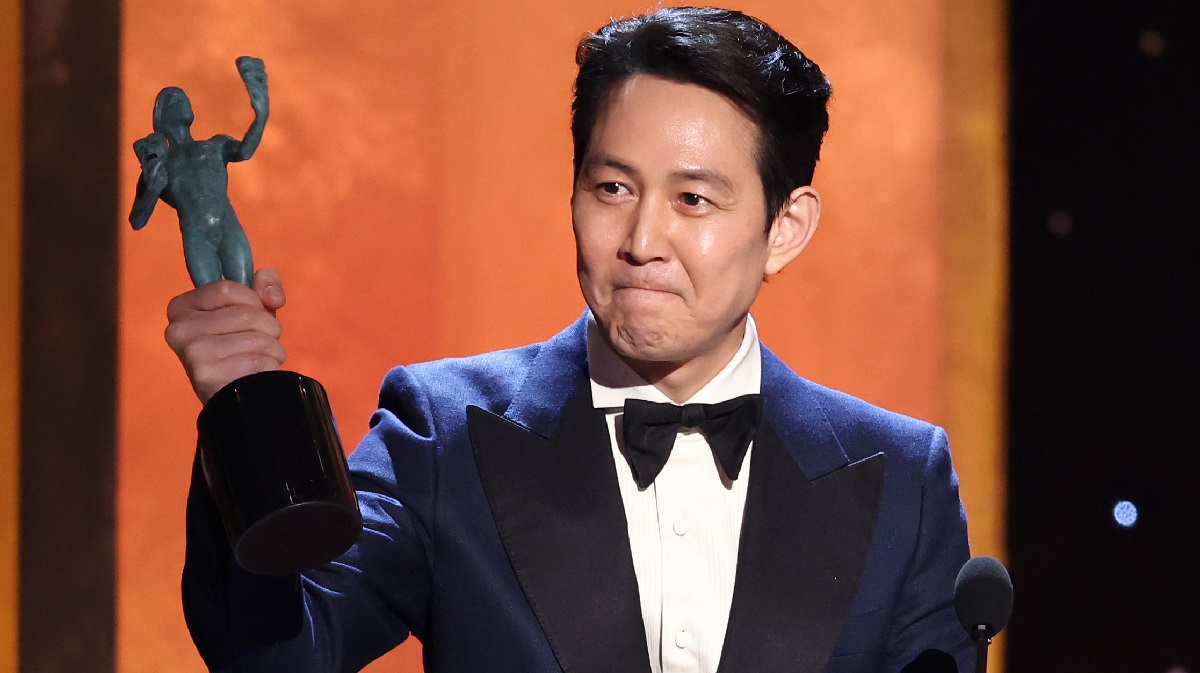 The 28th Screen Actors Guild Awards were held last night in California, and history was made for the cast and crew of Netflix’s hit series Squid Game. Lee Jung-jae, who starred as protagonist Seong Gi-hun in the survival thriller, took home the award for Outstanding Performance by a Male Actor in a Drama Series.

Backstage at the SAG Awards, he spoke to Deadline about how the success of the show would boost Korean films and television shows moving forward, something that’s already been reflected on Netflix’s viewership charts in a recent phenomenon dubbed ‘the Squid Game effect’.

I think it’s just the beginning. There [is] a lot of amazing Korean content that’s just as entertaining and touching as Squid Game, “so I ask that you look out for [it], show us a lot of love and continue to watch a lot of great Korean content.

The actor also went on to reveal what qualities he finds special in Korean entertainment:

The story unfolds at a very rapid pace. There’s also a lot of great characters that are expressed in extreme detail, and there are a lot of amazing and talented actors and actresses who are willing to portray great, natural and complex characters based on these great scripts.

Lee beat out The Morning Show’s Billy Crudup, as well as Succession stars Brian Cox and Kieran Culkin in last night’s historic win, continuing to solidify the triumph of Squid Game, which has gone on to break numerous records since its release last year.