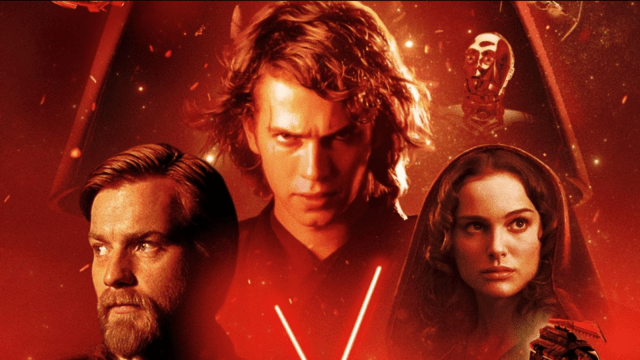 Although we’ve still got another seven whole weeks of Andor left to go, Disney Plus will be serving up another major treat for Star Wars before this month is out. Later in October, we have Star Wars: Tales of the Jedi to tuck into, a new animated series which is set to unveil the untold origin stories of two fan-favorite characters from The Clone Wars era, both of whom took very different paths in life.

Yes, as the first-look trailer dropped at last month’s D23 confirmed, Tales of the Jedi will follow the early lives of Ahsoka Tano and Count Dooku. Naturally, as we learn more about how Ahsoka became the great hero we know her to be and Dooku descended into the Dark Side, a number of other familiar faces from the prequel trilogy will appear alongside them. And they are all showcased on this epic new poster.

As first revealed by the Star Wars Twitter account, the poster was shared along with the tagline: “Two stories of fate. One destiny.” Check it out here:

As you can see, Ahsoka and Dooku are surrounded by key supporting characters including Anakin Skywalker, Obi-Wan Kenobi, Bail Organa, Mace Windu, and more. But we all know who the real draw of the show is. Of course, it’s Yaddle, the female Jedi Master of Yoda’s species who mysteriously vanished after her one and only movie appearance in The Phantom Menace. Now she’s back, and fans are thrilled.

Bossk stans, however, we have some bad news…

Unlike most Disney Plus TV series, Star Wars: Tales of the Jedi will be dropping its full season, which consists of six 15-minute episodes, in one go this Oct. 26. In the meantime, Andor releases new episodes Wednesdays.