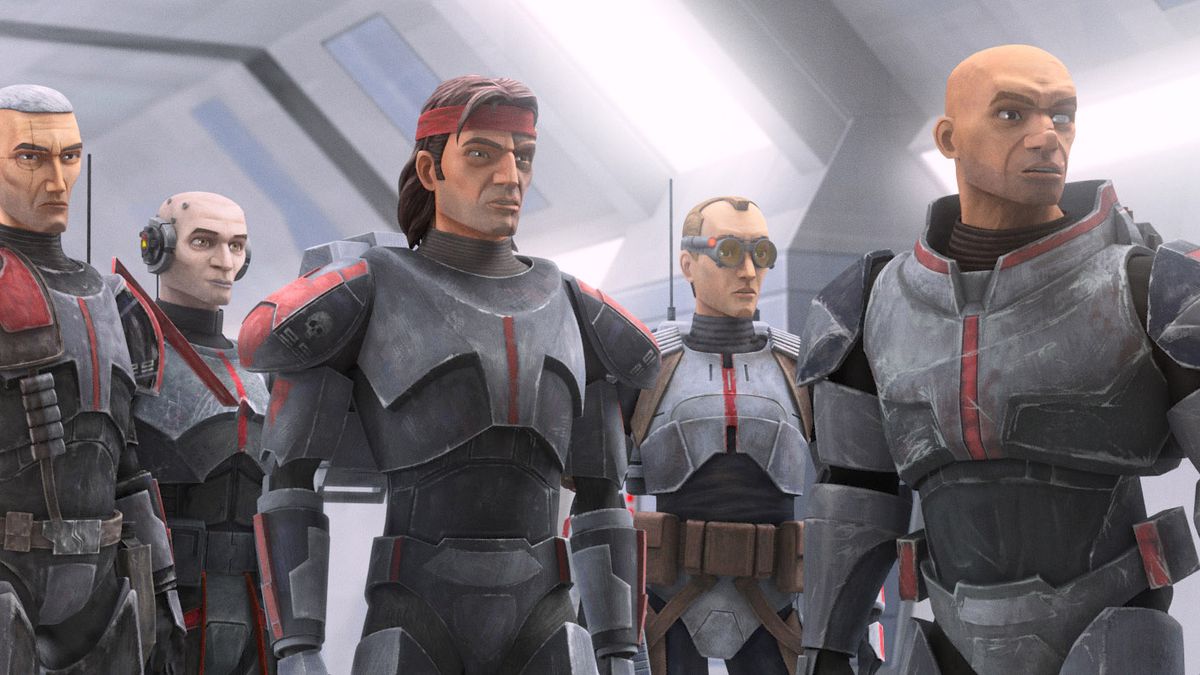 The second season of Star Wars: The Bad Batch is one of the most anticipated Star Wars shows of 2023, with fans desperate to learn what becomes of the titular rag-tag group of mercenaries. But who are the voice actors for the upcoming show, and who will they be playing?

What is Star Wars: The Bad Batch Season 2?

Star Wars: The Bad Batch is a spin-off of Star Wars: The Clone Wars. It follows a group of highly-skilled clone troopers dubbed the Bad Batch. These clones, Hunter, Wrecker, Tech, Crosshair, and Echo, are labeled as such because each suffers from unique genetic mutations, making them stand out against the other clone troopers.

In the aftermath of the Clone War, these troopers become mercenaries and take on various missions as they try to make ends meet. But, the tumultuous period means that these missions often don’t go as planned, throwing the Bad Batch into massive, pivotal events within the Star Wars universe.

The first season of Star Wars: The Bad Batch landed on Disney Plus in 2021, with the show receiving praise from fans and critics alike. The show’s second season will run for 16 episodes, with new episodes airing weekly until the finale on March 19, 2023.

Who is in Star Wars: The Bad Batch Season 2’s cast?

Season two of Star Wars: The Bad Batch features some well-known voice actors, many of whom are returning from the first season. Most notably, Dee Bradley Baker, a performer most known for their work on Avatar: The Last Airbender, Steven Universe, and Gravity Falls, is returning to voice the entire Bad Batch and other various clones that are seen throughout the show.

Rhea Perlman (Cheers, The Mindy Project, and Funny Face) is playing Cid, a character who supplies the Bad Batch with their various missions and bounties. The part of Vice Admiral Rampart will be played by Noshir Dalal, who many will recognize for his work on No More Heroes III, Cyberpunk 2077, and several Star Wars videogames.

Finally, Wanda Sykes will be playing Phee Genoa, a space pirate. Sykes is most known for her success as a stand-up comedian, writer, and actress. Her previous voice acting credits include playing Stella in Over the Hedge and Granny in Ice Age: Continental Drift.