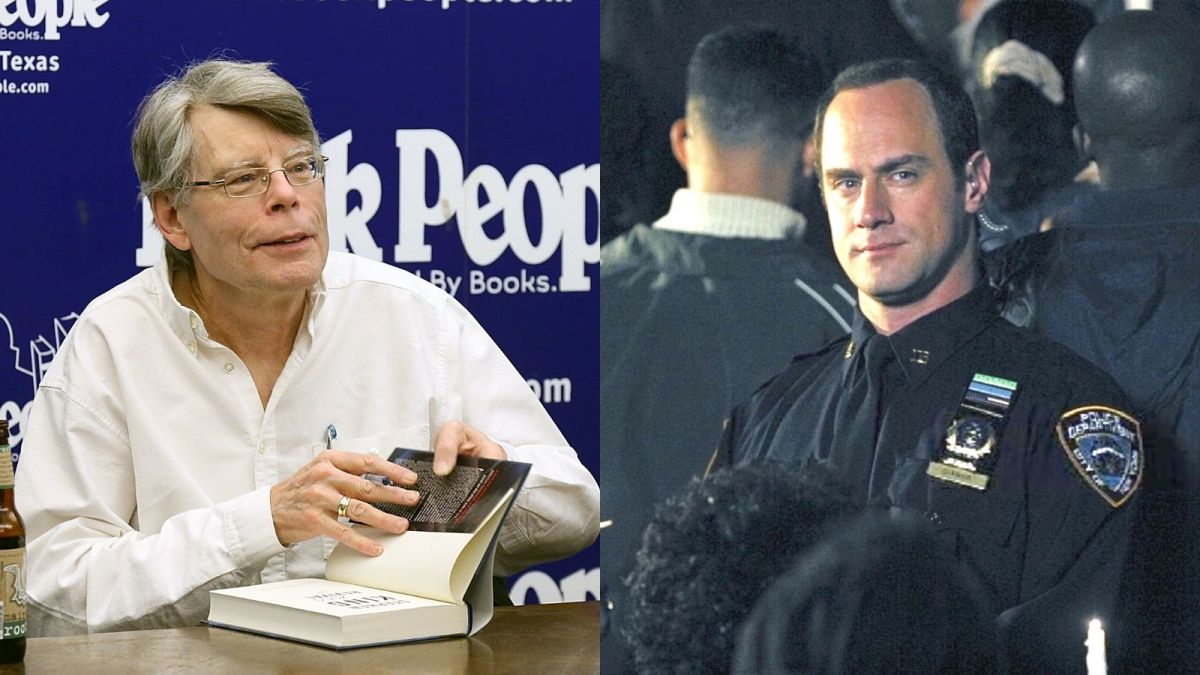 Busy Twitter beaver Stephen King is having an absolute field day of banger tweets, with his latest taking aim at the nearly eternally airing Law & Order.

For over 30 years, Law & Order has been a staple of television. With nearly endless episodes and spin-offs, it’s potentially the most successful police procedural ever made in the United States. The most well-known and successful of these has been Special Victims Unit which has preyed on our societal appreciation of predators getting their comeuppance and gives a weird amount of joy to police violence.

King, however, doesn’t seem to be the biggest fan of the series, at least if his sharing his wife Tabitha King’s criticism is anything to go by. Stephen tweeted out Tabitha’s apparent criticism of the franchise as being “copaganda”, a relatively new phrase to enter the canon of media criticism.

Copaganda (portmanteau of cop and propaganda) is used to describe shows which shine an overwhelmingly positive light on police and law enforcement without showing the intrinsic flaws. Following the rise of the Black Lives Matter movement and an ongoing discussion to defund the police, the phrase has been an important point of the vocabulary.

Law & Order, without much doubt, definitely falls into the category of copaganda. The police are rarely shown as flawed and violations of basic civic rights aren’t really questioned in the series and its many spin-offs. King’s works have often involved police officers or detectives, although most of his police characters are shown to be flawed or actively opposed to the systems in place.

The biggest flaw in many police procedural shows in the modern day really goes down to a “not all cops” rhetoric or not questioning the systems in place. Law & Order tends not to discuss why people commit crimes or what socioeconomic circumstances lead to criminality but instead focuses on often violent justice.

Stephen sharing Tabitha’s criticism is intriguing as both of them are writers, and the latter’s works not featuring any police as main characters. Instead, hers have focused heavily on downtrodden people entering into horrific scenarios.

What is nice is this bit of discussion means Stephen is using his Twitter for something other than dunking on Trump, which is arguably less interesting as a debate starter.