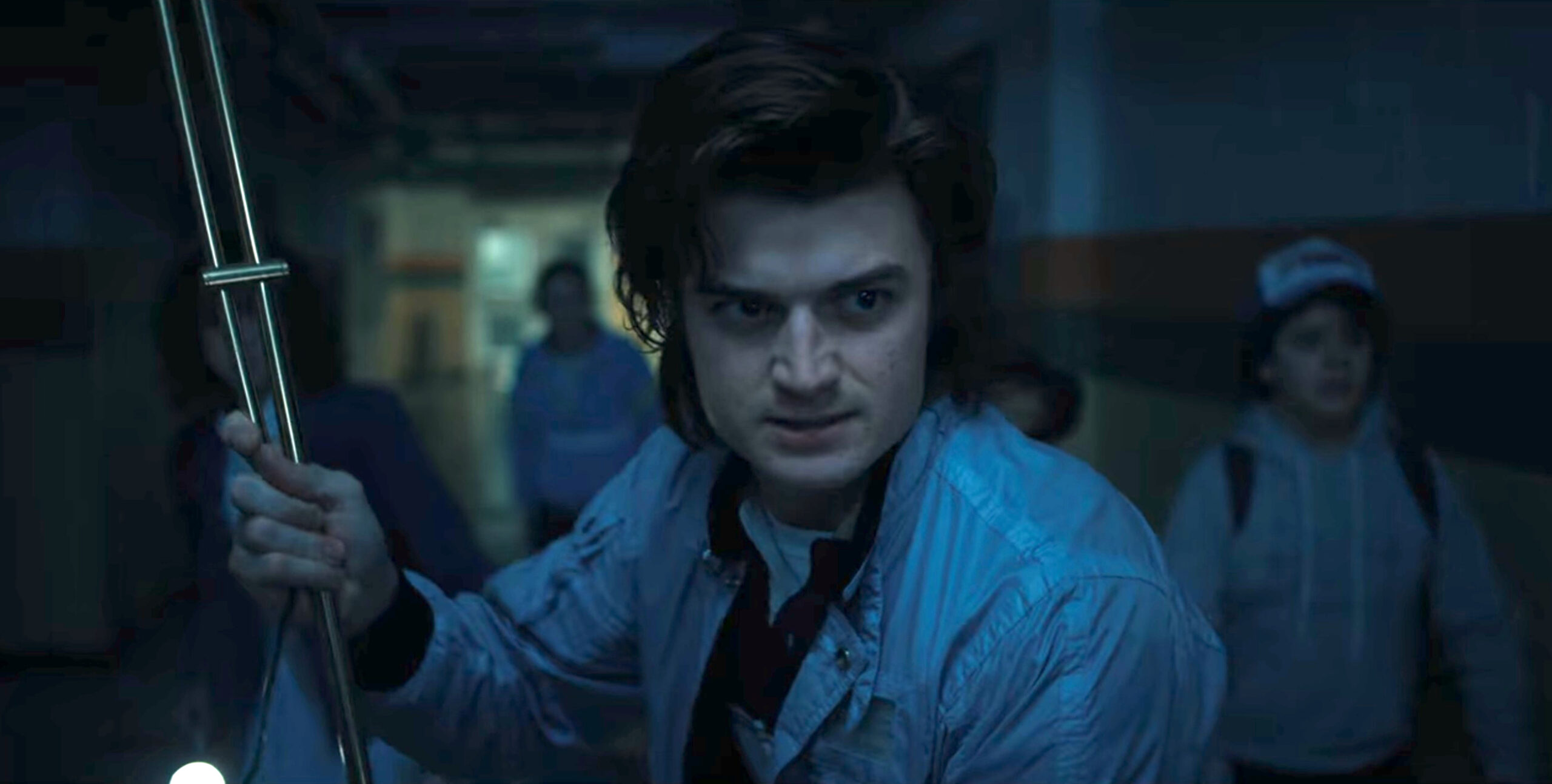 If you have already watched through the seven episodes that comprise Stranger Things season 4 volume 1, then you’re already contemplating the excruciating wait until July 1 when the remainder of this run, consisting of two feature-length outings, wraps everything up for another hellish year in Hawkins.

As the plot thickens, a lot of fans are growing wary of the fact that some of their favorite characters might not make it out of season 4 alive. More specifically, many folks are concerned about the ultimate protagonist of the story, the underrated hero of Hawkins, and the man without whom none of these kids would have made it out of sophomore year. We’re, of course, talking about the one and only Steve Harrington, colloquially known as Steve the Babysitter.

The degree of fan worship for Steve runs so deep in the online community that a lot of people would, so to speak, “riot” if the writers killed him off.

For others, imagining a world without Steve and his impeccably stylish hair is just impossible.

Some fans are directly threatening Netflix, and given the streaming juggernaut’s current state, we wouldn’t tempt fate if we were in their stead.

Since a lot of Stranger Things characters have been getting repeatedly lucky in life and death situations, viewers think that the show should start stacking up the body count again if they really wish to raise the stakes for the fifth and final season. In that sense, Steve Harrington would be ideal, since he’s already reached a pinnacle in terms of character development.

Not that the fans could get behind that development, though. As much as we try to justify it, there are some lines that you just don’t cross, Netflix. Steve Harrington is one of them.