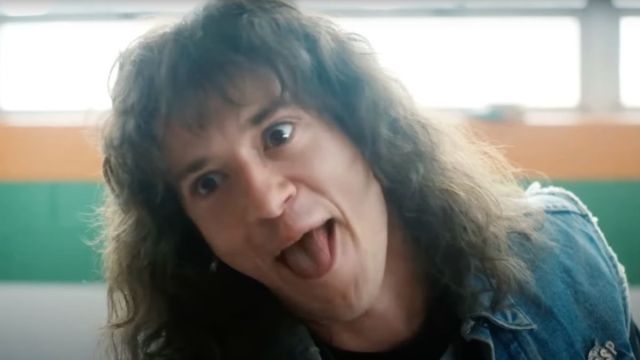 The latest season of Stranger Things is still dominating conversations.

Despite more than a month passing since the final episode’s airing, season four of the supernatural show weighs heavy on fans’ minds. In the penultimate season of the mega-popular show, it brought new characters and threats to light and left just enough of its story dangling to keep viewers hooked.

One of the instant crowd favorites of season four was Eddie Munson, the rebellious leader of Hawkins’ new DnD group, the Hellfire Club. Eddie, played by Joseph Quinn, quickly rose through fans’ rankings of favorite characters. His untimely death at the end of the season hit a number of viewers hard and prompted a wave of theories that the character isn’t truly gone for good.

Digging into DnD lore to soften his loss, a number of fans genuinely believe that Eddie will return in season five. These rumors bank on a specific DnD character, one who has deep ties to the titular antagonist, Vecna.

Theories that Eddie may represent the character of Kas ignited nearly the moment he lost his life on-screen, and soon were spreading like wildfire around the web. People proposed evidence based on Eddie’s attitude, attire, actions, and even the song he played in the final arc.

These theories are once again swirling, thanks to a post to Reddit from user bestwitchsam, whose passion for Eddie is displayed in their Avatar and Reddit name. They shared a pair of images, once again linking Eddie back to Vecna’s eventual lieutenant. The pair of images show Eddie wielding a sword and shield, the same combo employed by Kas, and a shot of Erika painting a DnD figurine of Kas in a calm moment. These images were clearly shared as yet another hopeful bolster to theories that Eddie represents Kas, and will eventually make his return to the Netflix series.

The likelyhood of Eddie’s return is not so certain, unfortunately. Early theories began to link Eddie back to Kas, leaning on everything from the sword and shield combo to his bat tattoos, his method of death, and “Master of Puppets.” These theories are extremely compelling, but unfortunately appear to be false, at least according to a self-described Vecna — and DnD — expert. A Reddit user with a background involving the enduringly popular tabletop game posted his own theories about Vecna, Kas, and season five in a July post.

In the post, he explained that, based on deep DnD lore, Stranger Things has clearly poised Eleven, not Eddie, in the role of Kas. She has much closer ties to the man behind the tentacles, Henry Creel, and already performed several of the tasks associated with the character. His explanation of Eleven’s links to Kas are too compelling to ignore, despite high hopes among fans that Eddie’s death was impermanent.

The latest post is once again elevating hopes, as fans swarm to the post to share their own desires for a season five Munson comeback. There’s plenty of support for the “Eddie is Kas” theory, but other potential links to Kas — with characters like Eleven, Will, and even the Mindflayer — are just as, if not more, compelling. At this point, much of the fan base is just tossing out optimistic theories as a way to keep the hype alive.

Despite its general debunking by that cynical DnD expert, the idea that Eddie represents Kas is tantalizing and possible. The series is not entirely rooted in DnD lore, after all, and takes plenty of liberties in its own reimagining of established storylines and characters. Eddie’s true role in the larger Stranger Things story could be far larger than we initially realized, but we can’t know for sure until the final season drops. In the meantime, more theories are all but guaranteed to arise, reigniting the debate and, in some ways at least, keeping the character of Eddie Munson alive.