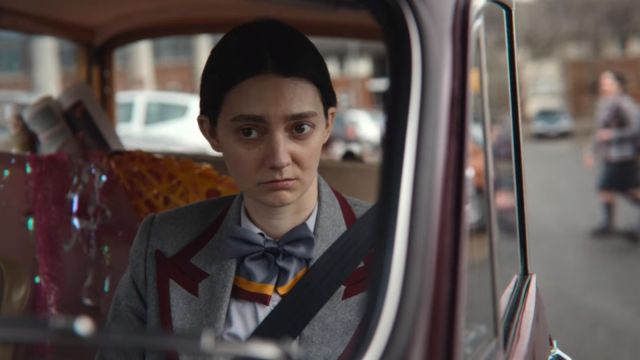 Another key cast member has announced that they won’t be making a return for Season 4 of the Netflix series Sex Education.

Tanya Reynolds, who played Lily in the show, announced her departure as she’s now involved in another British comedy titled I hate you. According to the Radio Times, Reynolds said that departing from the role is “very sad”. Yet she believes it’s good to “let a few old characters go” to “make way for newer ones”.

“I’m not [returning], actually, which is sad, very sad.

It’s just the natural progression of these shows – when you have such big ensemble casts and so many characters, I think you have to let a few older characters go to make way for newer ones, which is absolutely the right thing, the way it should happen.

I loved every minute of it and I loved Lily with my whole entire heart. Three seasons was just a really perfect amount for me.”

Lily was a reoccurring character in Sex Education since season 1. She’s a teenager who’s obsessed with alien erotica and became Ola’s girlfriend at the end of season 2. Ola’s absence will be interesting to see as she is the daughter of Jakob, the current love interest of Otis’ mother, Jean.

Reynolds is one of the few prominent cast members who’ve announced their departure from the show. Patricia Allison (aka Ola) and Simone Ashley (aka Olivia Hanan) also told their departure to pursue other projects. Meanwhile, Ncuti Gatwa has confirmed that he’s reprising his role as Eric in the show, despite the recent announcement of him becoming the 14th Doctor in the BBC series, Doctor Who.

The release date for Sex Education Season 4 has not yet been announced. But with multiple key cast members departing from the show, it will be interesting to see how Season 4 will explain all their absences.