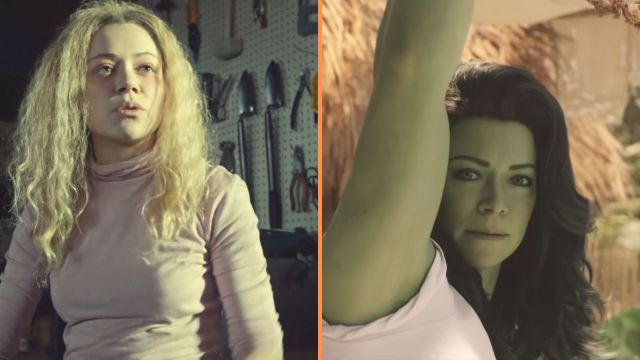 Tatiana Maslany made some big waves with her MCU as Jennifer Walters in She-Hulk: Attorney at Law. But it’s worth remembering that prior to her involvement with Marvel she was already well acquainted with the spotlight. Most prominently received global recognition for her impressive work in Orphan Black, which earned her a Primetime Emmy award in 2016.

Before gaining the ability to turn into a 6’7” superhero, Maslany portrayed over a dozen genetically-identical clones in the BBC America series. Maslany played most of the roles on the show, with each clone having its own unique personality and set of traits, all of which were brilliantly embodied by the Canadian actress.

In an interview with ComicBook, Maslany revealed how Orphan Black influenced her She-Hulk performance:

“I mean, just in terms of character articulation, like specifics that change the way that you move through a room or hold your body. It was definitely a different thing with this, where it was less about like the physical movement, as it was about how people perceive me, which is definitely something I experienced on Orphan Black.”

She also discussed how those on set perceived her during the shoot:

“Even walking onto set as a different character, the crew would look at me differently, the cast would, you know? And I would look at myself differently in the mirror. So, there’s something about internalizing that outside perception that changes how you feel about who you are.”

Maslany explained that she felt that her experience in She-Hulk was an extension of her time on Orphan Black, especially in how characters treat different versions of the same person.

The first season of She-Hulk: Attorney at Law is available to stream on Disney Plus and if you want to compare Maslany’s performance in her hit-show Orphan Black, it can be found on Netflix.