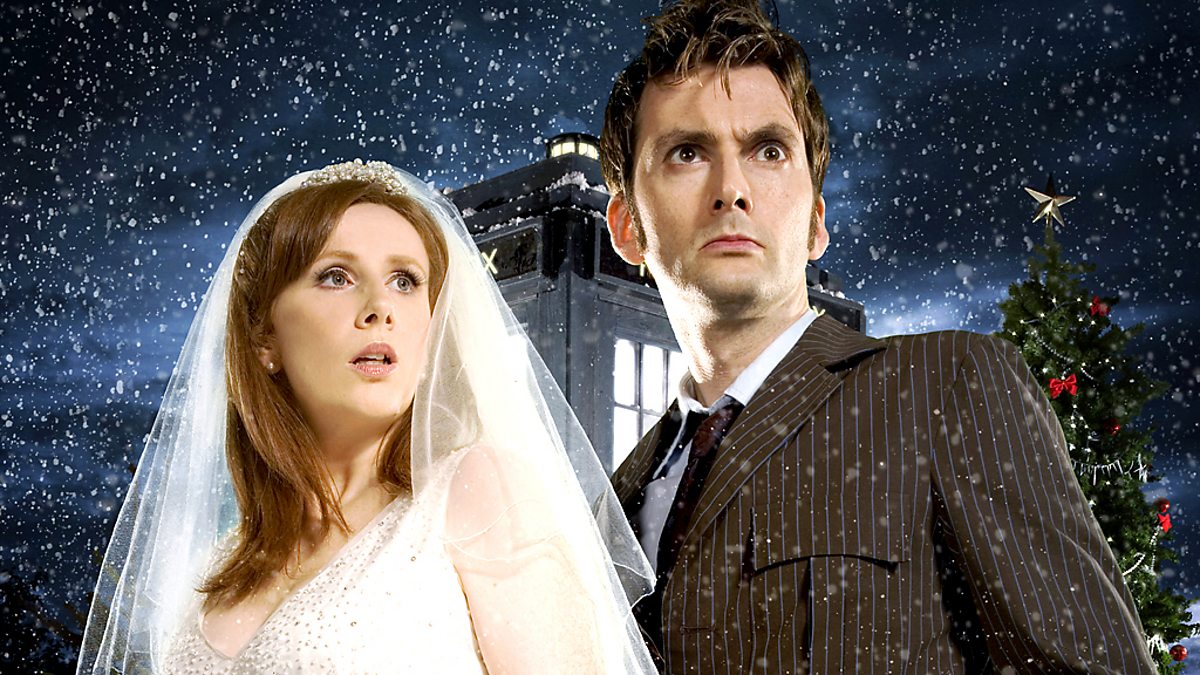 The first casting announcement for Doctor Who’s 60th anniversary celebrations may have dropped jaws, but it also made perfect sense. In 2008, David Tennant and Catherine Tate crafted one of the show’s greatest partnerships, so who better to celebrate the show’s birthday than the Tenth Doctor and Donna?

The announcement left fans reeling, just a week after Ncuti Gatwa was announced as the new Doctor and a day before Yasmin Finney was confirmed as a new companion (we think). Just how the Tenth Doctor and Donna, who last traveled together in Series Four, will return to the TARDIS is wrapped in mystery. But returning Doctors and companions have a long and honored history – Doctor Who likes few things like an anniversary.

Although it was broadcast a year early, the 1972 adventure The Three Doctors was quickly associated with the show’s 10th anniversary. When The Five Doctors marked 20 years of Doctor Who, it set an expectation that multiple Doctors would pop up to celebrate big occasions. While the show was off-air for its 30th and 40th birthdays, 2013 duly delivered a golden birthday when the Time Lord’s tenth and eleventh incarnations joined forces with the War Doctor.

The announcement of the Series Four pair’s return 18 months before the show’s 60th was practical, given location shoots. It was also guaranteed to build excitement, although bringing back Donna and the Doctor comes with baggage.

Donna was the self-absorbed, feisty companion who met the Doctor by chance. Few fans thought she could touch the affection held for her immediate successors, Rose or Martha. No one thought she’d help elevate the show to a new level of popularity. When Donna returns, it will be almost 17 years since her debut started one of the most heart-wrenching journeys any companion has undertaken.

It’s time to get ready, so we’ve picked out the adventures you need to catch before the iconic duo reunites in 2023.

Donna first appeared in the Series 2 finale Doomsday, breaking through a miserable ending that tore apart the Doctor and his forever companion Rose, leaving the Time Lord broken in his TARDIS. Cue the apparition of a Woman in White in the console room – triggering a quick-fire ‘What?’-off with the Doctor. Things didn’t slow down from there.

Although she was a one-time-only comic foil to the Doctor in this lightweight Christmas special, Donna surprised us all at the end – she turned down a trip aboard the TARDIS. It was a bold move, and in the hindsight of the fourth series, it was a masterstroke. Still, there were hints of Donna’s journey to come. Her unlucky love life would be a recurring theme. This was where the roller coaster began.

Martha Jones remains the most underrated companion of Doctor Who’s modern era. While she and the Tenth Doctor’s first companion Rose shared an unorthodox affection for the Time Lord — an innovation for the 40+ year show, that was never a danger with Donna. “You’re just a long streak of nothing, alien nothing,” she told him when she finally boarded his time ship at the close of this simple comedy opener.

Like the TARDIS crew, we had no idea what was in store over the next 13 weeks. Donna had unexpectedly returned after hunting the Doctor down and was about to embark on an incredible journey.

“Death and the Queen” (The Tenth Doctor Adventures: Volume One)

Donna’s Adventures continued on audio after she and the Tenth Doctor left the TV show. The pick of the Tenth Doctor and Donna’s reunion is this gem of a story, a full-cast audio adventure that couldn’t leave Donna’s love life alone. Told in flashback — or as Donna puts it — concussion, it’s a left field and atmospheric fairytale. There’s plenty of comedy, including the Doctor playing gooseberry and Donna determined to fit into married life as queen. But there’s also heartfelt emotion after death turns up… If you want to know why Donna’s such a brilliant companion, this is it.

“The Fires of Pompeii” (Series four)

Donna’s first trip to the past was a 101 in time travel, as the TARDIS crew landed in Pompeii just before things heated up. It’s a stunning production that used sets built for the BBC/HBO co-production Rome as the drama revolved around one of those famous fixed points in time.

The incursion of the vivid fire-dwelling alien Pyroviles is well-realized and central to the moral dilemma at the episode’s crux. Still, the real conflict comes from Donna vs. the immovable Time Lord. The Doctor’s final decision would have unexpected consequences on his own life within two regenerations.

“Unicorn and the Wasp” (Series four)

Few stories demonstrate the sheer fun of the Doctor and Donna’s relationship like this. A sci-fi twist on an Agatha Christie murder mystery where the partners in crime meet the writer herself, it’s a gem of an episode. The upcoming reunion will surely try to recapture the fantastic comedy chemistry between the pair. The scene where the Doctor desperately tries to source an antidote for cyanide poisoning sets a comic benchmark. It’s worth holding on to the fun before Donna’s journey becomes much darker.

“Silence in the Library” / “Forest of the Dead” (Series four)

The final two-parter Steven Moffat handed in before he took over as showrunner and boy, does he put Donna through it.

This was when we first met River Song, but Donna steals the show.  While the Doctor and a group of archaeologists evade the Vashta Nerada — a carnivorous swarm hiding in every shadow of a giant library — his companion is somewhere more familiar. Trapped in an Earth simulation, the runaway bride lives a full and happy life, meeting and marrying the man of her dreams. But can there be a happy-ever-after for Donna? This is top-rate Doctor Who, packed with scares and big sci-fi ideas. But the scenes as Donna leaves the library will have you sobbing into your handkerchief.

Another audio adventure, but this time Donna’s alone. Kidnapped! was produced by Big Finish, the company that’s made sure the Doctor’s universe kept expanding over the past two decades. It’s built several box set releases around companions, and this was Donna’s turn to be kidnapped. While she took a break from the TARDIS after the traumatic events of “Silence in the Library”. The final story was a deceptive alien invasion that found Donna back in Chiswick, dealing with unfinished business on her home turf. The Doctor is missing, and it’s up to Donna and her friend Nat to save the day. We’d recommend listening to the whole box set of four stories to get the full impact, but this is the peak.

For a year that brought us one of the best Doctor-companion pairings, series four managed two impressive feats: A first-class companion-lite story in “Midnight” and a dystopian world-without-the-Doctor story in “Turn Left”. This alternate reality tale revisits the show’s greatest hits in the worst way – showing how Earth-threatening events of the previous four years could have gone without the Doctor’s presence. Spoilers: Not well.

Everything spirals from Donna turning a different way at a junction, a decision that meant she never met the Time Lord, and he died defeating the Racnoss during “The Runaway Bride”.

Even though Donna had to share the screen with a dimension-hopping, headline-grabbing Rose, Donna carried this chilling parallel timeline to its heart-pumping cliffhanger. As the TARDIS’ Cloister bells rang out, the seeds were planted for Donna’s exit and RTD’s dystopian drama Years and Years (2019).

Donna’s story ended unpredictably and heartbreakingly, but the clues were always there. We’d seen her grow, drop her preconceptions, and learn greater tolerance as she took in the universe’s extraordinary sights, dangers, and joy. It’s Doctor Who’s most successful attempt to show the life-changing possibilities of traveling in the TARDIS. Then it took it all away.

The Doctor’s warning about life aboard the TARDIS in “Partners in Crime” proved true. This two-parter was an epic celebration of the show’s 45th anniversary. It drew together strands from the worlds of Doctor Who for a rousing finale where the only hope to defeat the craziest Dalek masterplan was Donna – the most important woman in all of creation. Despite the name, it wasn’t quite the end of Donna’s journey.

The Tenth Doctor was notoriously self-indulgent. “I don’t want to go,” were his final words. But before his destructive regeneration, he took a long trip around to catch up with — quite possibly — everyone he’d ever known. It was lovely catching up with many of them, but none hit the heartstrings or dovetailed with the Doctor’s demise like his catch-up with Donna. It’s all about the looks.

Donna’s last appearance was a short and powerful cameo, but her story couldn’t end there. Not when there’s always an anniversary down the line.