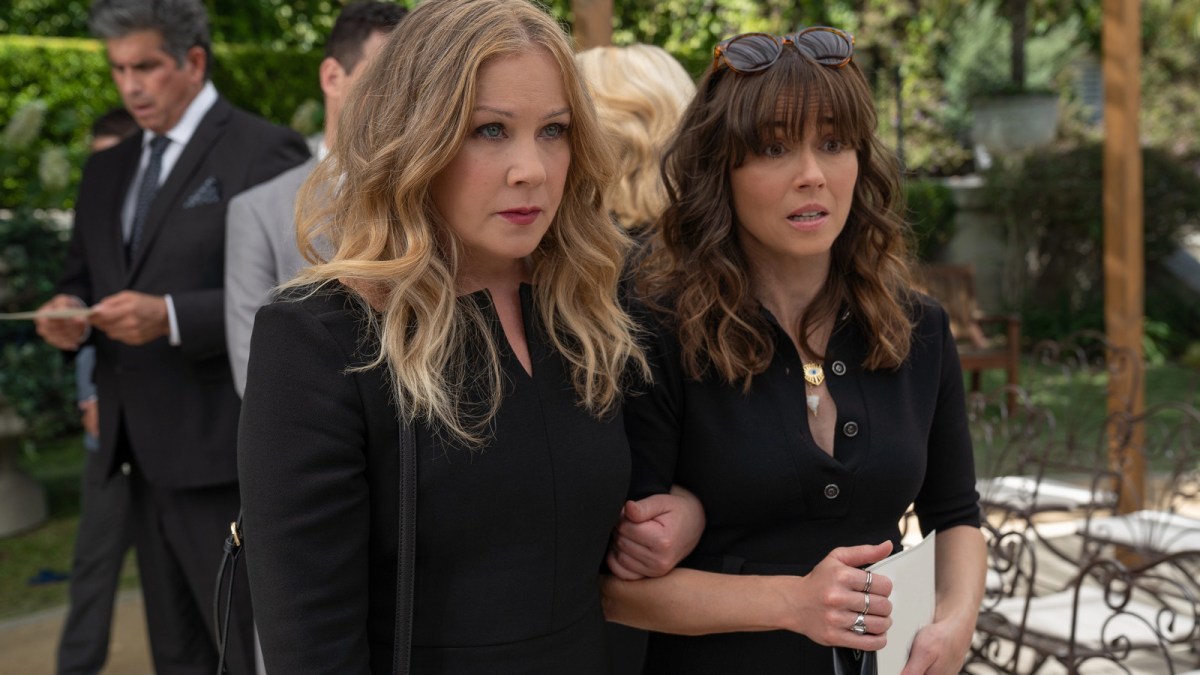 For three pivotal seasons, Netflix’s black-comedy spectacle Dead to Me has become a driving force of viewership on the platform, which is thanks in part to the knockout leading duo of stars Christina Applegate and Linda Cardellini. The critically acclaimed series first debuted back in 2019 and featured Applegate and Cardellini as Jen Harding and Judy Hale — two women who eventually spark a friendship that borders on the status of platonic soulmates.

Alongside Jen and Judy, the beloved show is chock-full of scintillating characters, some of which are undoubtedly more liked than others. From overbearing mother-in-laws to disgruntled teenage sons, there are plenty of characters that promote laughs, tear-jerking moments, tons of rage, and unforgettable scenarios in each episode.

With the third season releasing just over a week ago on Netflix, many of these characters have re-introduced themselves into the shocking narrative — and most of them are more chaotic now than ever before. So, here is our definitive ranking of the 10 best characters in Dead to Me, ranked by their likability.

Kicking off the list is undeniably the worst character in the entire show. Despite James Marsden’s apparent charm, nothing could save Steve from being at the bottom of the pile. As the ex-fiancé of fan-favorite Judy Hale, Steve is arrogant, self-righteous, self-absorbed, and willing to throw anyone else under the bus to protect himself. Aside from that, Steve has gaslighted Judy several times during their relationship and constantly berated her. In the end, Steve got what was coming to him at the hands of Jen, so at least fans received the closure they deserved when it came to the series’ most vile character.

As the overbearing mother-in-law to Jen Harding, it would be criminal to not include Lorna on this list. Aside from her overbearing nature, Lorna is a very concerned and caring grandmother to Charlie and Henry, although her intense rivalry with Jen often steals the spotlight. As a perfectionist, Lorna is constantly criticizing Jen for her personal and professional choices and doing her best to give her nothing but grief and stress after the death of Jen’s husband and Lorna’s son, Ted Harding. Still, she’s never actually acted on any violence towards Jen or the boys, which keeps her from the bottom of the tier.

On paper, Charlie Harding is a definite victim who is dealing with intense grief and hardship after the sudden death of his father. Nevertheless, Charlie doesn’t deal with his grief in the nicest of ways, and he consistently creates trouble and chaos for his mother. At times, Charlie can be a sweet and caring brother to Henry, but for the most part, Charlie is an angsty and rebellious teenager who believes the entire world owes him something. As a result, some fans might actually favor Charlie as a character, but he certainly doesn’t make it easy to like him.

While Nick isn’t necessarily a favorite amongst fans, it’s certainly hard to dislike him as a whole. From the initial jump, Nick is caring, kind, supportive, and loyal to both his job and those in his personal life. Nick is first introduced as a potential love interest for Judy, although their relationship eventually sours after Judy realizes that she wants to be with Steve and start a family together. Despite this hardship, Nick continues to be an admirable person in Jen and Judy’s life, although his nosiness and duties as a police officer often interferes with their criminalistic behavior.

Without question, viewers share a love-hate relationship with Ana Perez — and rightfully so, considering that she piles plenty of criticism on Judy Hale. In simpler terms, Ana is a loyal detective that is determined to be the best at what she does, which often goes against the secrets of Jen and Judy. However, when the chips are down, Ana actually helps Jen in covering up the disposal of Steve Woods’ body after Jen murders him in an act of self defense. As fans learn more about Detective Perez’s past, it becomes clear that she’s not actually a “bad guy,” but rather a deeply misunderstood character that is quite likeable.

As the opposite of his twin brother, Ben Wood is a likable character that slithered his way into the hearts and minds of fans (and Jen Harding, for that matter). Unlike Steve, Ben has a soft and kind heart and is always willing to lend a helping hand to those who need it the most. The most unfortunate quality about Ben, however, is that he has a notable drinking problem — which reaches extreme heights after he learns that his brother’s dead body was discovered in the woods. And while Ben has undoubtedly made some serious mistakes, it doesn’t outshine plenty of redeeming qualities that make him likeable.

The simplest way to describe Michelle is as “the one that got away.” At least, that would be in the eyes of Judy Hale, who sparks a relationship with Michelle during the second season of the show. There’s no denying that Michelle is one of the wittiest, funniest, and most genuine souls in the entire series, which is precisely what attracted Judy towards her. Nevertheless, Judy determines that her life is far too messy and complicated to involve Michelle in it, and the two eventually decide to go separate ways — much to the chagrin of viewers everywhere.

Ask loyal fans of the series, and you’d be hard pressed to find a single soul that doesn’t simply adore Jen’s youngest son Henry. Henry is a sweet, caring, forgiving, and selfless kid that just wants to see everyone in his life completely happy and free of stress. He’s the total opposite to his older brother Charlie, which can probably be attributed to his naivety and adolescence. Even in the aftermath of his father’s death, Henry has always gone above and beyond to make sure both his mother, brother, and Judy are okay. For that, there’s no wonder that Henry is one of the most likeable characters.

It’s certainly no surprise to find Jen Harding near the top of the list. As the central protagonist of the show, Jen is a major focus in turning the narrative and being at the center of an abundance of plot points. At her core, Jen is a loyal and caring mother and friend, although her hidden rage is often the thing that compromises her choices and lands her in trouble. As a result, Jen often finds herself lashing out against others and creating more chaos for herself than is needed. Still, with a level head on her shoulders most of the time and a strong friendship with Judy Hale, it’s easy to see why Jen would be one of the most likeable characters in Dead to Me.

As the saving grace of the series, it feels right to name Judy at the top of this list. As one of the most thoughtful, caring, and selfless characters in the entire series, it’s safe to declare that Judy is definitely the most likable. Through bad times and good, Judy has stuck by Jen for everything — which is exactly what has helped their friendship blossom over the past three seasons. Even if the situation might conclude disastrously, Judy is always there to try and make amends with someone. She has plenty of likeable qualities that have established her as a fan-favorite amongst the audience. And although Judy has done some horrific things in her past, Dead to Me simply wouldn’t have struck the magic that it did without the inclusion of her character.