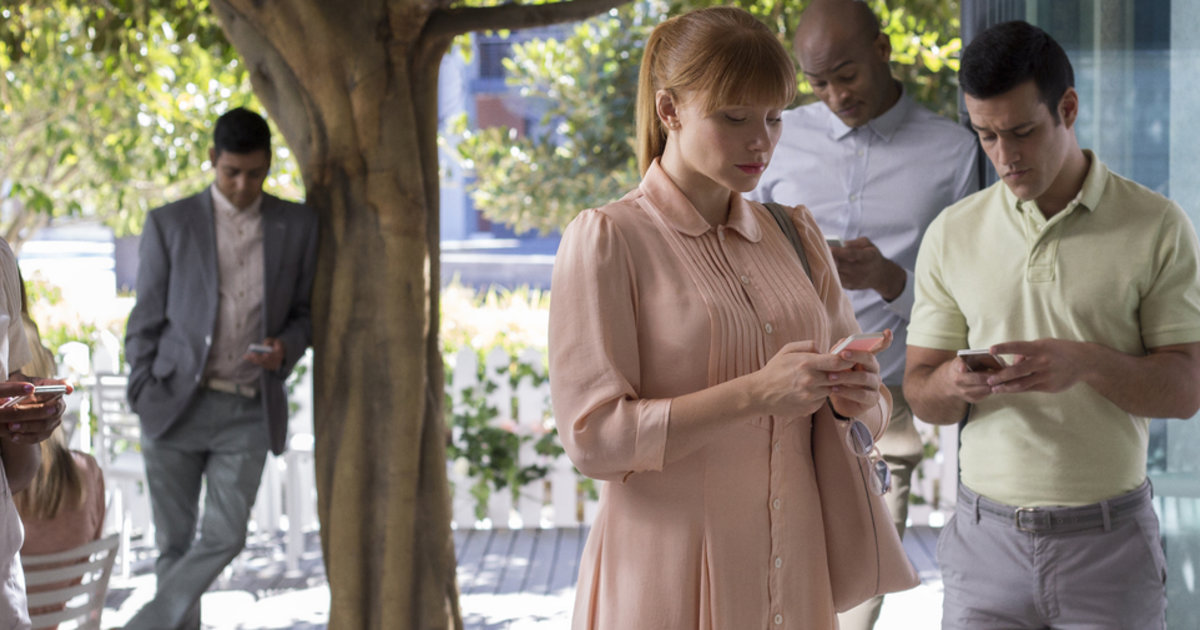 It seems the world is finally ready for more Black Mirror. After taking a break since the pandemic started — definitely a good move, that one — Netflix must’ve decided that the world is either slightly less dystopian at this point, or else it’s not going to get any better, as they’re officially moving forward with a new season of the sci-fi anthology series. A sixth season, set to deliver more feature-length tales of technological terror, is on its way.

Ever since its beginnings in 2011, and transfer to Netflix in 2016, Black Mirror has became a pop culture phenomenon thanks to creator Charlie Brooker’s uncanny knack for tapping into both rising tech trends and our growing fears and concerns about the future of society and the planet. Each episode tends to revolve around some kind of high-tech gizmo, but it’s typically humanity who are the ones at fault.

Not every installment is a winner, however, as most agree that season five dropped the ball. But at least half of the show is genuinely brilliant, whether the episode is disturbing, thought-provoking, or even touching. With the promise of more to come, we’ve ranked the very best episodes Black Mirror has to offer. But, before we dive in, commiserations to those that didn’t quite make the cut. e.g. season two’s “White Bear”, season three’s “Playtest”, and season four’s “Metalhead”.

The One Where: Daniel Kaluuya goes on a twisted reality show.

After “The National Anthem” (you know, the… one with the pig) turned out to be an unusual installment of the show, “Fifteen Million Merits” is really the first proper episode of Black Mirror, with its satirical near-future setting that skewers reality TV culture and the class system. A pre-Get Out Daniel Kaluuya gives a great performance.

Hated in the Nation (S3EP6)

The One With: The drone bees and the killer hashtag.

Black Mirror morphed into a crime drama for this feature-length episode which sees two detectives discover the shocking truth after all of social media’s most hated people end up meeting gruesome fates. “Hated in the Nation” sees Brooker hit back at cancel culture, as well as government surveillance and corruption.

The One Where: The viewer gets to decide what happens.

Remember when “Bandersnatch” was all people could talk about when it first dropped in spring 2018? Sure, once you get past its interactive USP, the video game-centered storyline might not be as strong as some others, getting too meta for its own good, but “Bandersnatch” undeniably remains a fantastic creative achievement.

The One Where: Letitia Wright visits a tourist trap in the Utah desert.

There’s an argument to be made that Black Mirror didn’t even need to continue after this anthology-style episode which effectively acted as a series finale of the whole show, by revealing the creator of much of the tech that’s featured in previous episodes — thereby confirming it’s all one big universe, after all.

Plenty of Black Mirror episodes end on a dark note, but the twisted genius of “Shut Up and Dance” is how it makes you sympathize with its protagonist — a teen who’s blackmailed by someone who’s hacked his internet history — only to belatedly reveal the repellent truth. It’s one of the most controversial installments, but it sure does pack a punch.

The One With: John Hamm does not wish it could be Christmas every day.

Black Mirror‘s first feature-length episode remains its best. Like “Black Museum”, this is anthological in structure, with Jon Hamm (arguably the show’s first big Hollywood guest star) telling tales of technological horror in a snowbound cabin. Brooker does a stellar job of guiding us through a weird and wicked winter wonderland.

The One Where: Hayley Atwell hooks up with a robot.

This season two opener is probably the first BM episode to really marry emotion with a high-concept premise. Hayley Atwell is terrific as a grieving woman who signs up to a chilling social media service that digitally resurrects the dead — in this case, her partner (Domhnall Gleeson). And things only get more disturbing from there…

The Entire History of You (S1EP3)

The One Where: Everyone has a memory-recording implant in their heads.

The season one finale introduces what is perhaps still the most memorable piece of Black Mirror tech — the “cookie”, an implant in the neck that records memories, allowing the person to watch them back. It sounds great on paper, but the episode makes clear that the temptation to overanalyze and obsess over everything you experience would be too great to overcome.

The One Where: Bryce Dallas Howard loses her sh-t at a wedding.

The show’s Netflix era got off to a five-star start with this offering from Parks & Recreation‘s Mike Schur and Rashida Jones. Despite that sitcom’s sunny outlook, this is a brilliant black comedy that satirizes the fakeness of our online personas. Bryce Dallas Howard delivers one of the best performances of her career as a woman desperate to raise her social ranking and status.

The One Where: There’s actually a happy ending.

Like “Shut Up and Dance”, “Hang the DJ” also divides fans — but for the opposite reason. In this case, the episode is too good-natured for some, as Black Mirror offers up a touching romantic comedy-drama about two people who fall in love despite a super-smart app telling them they’re incompatible. Still, there’s some warnings about artificial intelligence and tech-dependency hidden under the warm vibes.

The One Where: The Mother gets stuck in a Star Trek parody.

Like the more irreverent younger brother of Galaxy Quest, “USS Callister” offers up an inspection of sexual harassment and toxic workplace behavior through the lens of Star Trek. Jesse Plemons is good as a corrupt Captain Kirk figure, but How I Met Your Mother‘s Cristin Milloti steals the show as one of his victims determined to fight back. Another episode that gets extra points for having a happy ending.

The One With: The poignant lesbian love story.

As good as they are, the somewhat lighter tones of “Hang the DJ” and “USS Callister” owe it all to “San Junipero” which kickstarted the subgenre of Black Mirror episodes that leave us with a feeling other than “we’re all doomed.” Mackenzie Davis and Gugu Mbatha-Raw are wonderful as two very different women who strike up a romance in an ’80s Californian beach town. If you’re not crying by the end of the hour, you’re probably an AI.