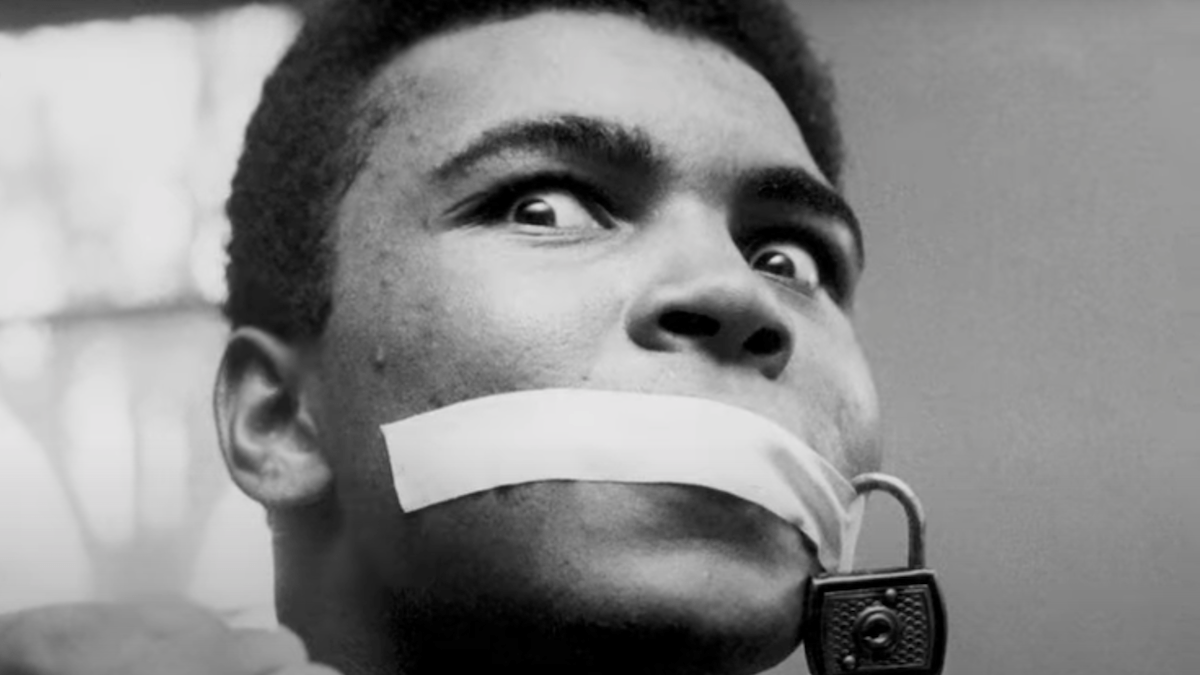 PBS, the “poor man’s Discovery Channel,” is such a valuable source of entertainment and information. Sometimes we take it for granted, like our dear old aunt who we always mean to give a call. PBS is a convergence of art forms; seek it out for cooking shows, like Lidia’s Italy, Antiques Roadshow, travel information, like Rick Steve’s Europe, and truly brilliant documentaries.

Programs like Frontline have been uncovering the truth on controversial topics, shedding light on various cultures and their customs, and offering a new perspective on the vilified and misunderstood since 1983. The documentaries of Ken Burns offer commentary on fascinating people and accurately and poignantly capture moments in time that were pivotal in history, forever altering our perspectives, urging us to question our beliefs, and challenging the intensity of our patriotism.

These are the best documentaries PBS has to offer.

Caroll Spinney brought Sesame Street‘s Big Bird and Oscar the Grouch to life in 1969. The film, I Am Big Bird, follows Spinney’s career and epic stint on Sesame Street, which he retired from in 2018. For many of us, Sesame Street and Big Bird were an influential part of our childhood. It’s not generational—being on the air for 53 years has garnered a fanbase so vast that you would be hard-pressed to find a person alive today who didn’t learn how to count with The Count or learn that “C is for Cookie.” That’s good enough for me.

In any case, I Am Big Bird is a touching look into the life of the man behind the bird. You can watch the episode in its entirety on pbs.org.

A fascinating (and terrifying) portrait of the culture of social media and its prevalence and power in our society, Generation Like follows author Douglas Rushkoff. He is on a quest to define the importance of social media in the lives of American teens in order to report back to parents and to us the lengths that pop culture and ad executives will go to get their hooks into their most valuable commodity.

Narcissism and insecurities on full-display, we already know that we’re providing marketing companies the tools they need to figure out how to sell us stuff we don’t even need. Perhaps even more concerning is our apathy of that fact. Generation Like is available to stream on YouTube.

A portrait of two American families spanning 22 years, this episode of Frontline begins by introducing us to the Stanleys and the Newmans, both of Milwaukee. They share similar struggles and concerns as they watch the middle class shrink and the “fairy tale” of owning a home of their own become increasingly elusive.

We get three slices of each family’s life, one in 1991, one in 1995, and finally, 2012. We see many changes in their lives, children grow up and leave the nest, job-hopping, though sadly, no improvements in the financial situations of the families. The Newmans’ marriage did not survive the stress of yo-yo income and stability roulette, but the Stanleys managed to stay together.

Two American Families can be streamed in its entirety on YouTube.

32 people lost their lives when the Costa Concordia hit a rock in the Tyrrhenian Sea in 2012. This and other similar catastrophes are conflated to highlight common denominators in order to hopefully avoid recurrences of this anomaly. This episode of Nova endeavors to shed light on the reason why tragedies of this caliber occur. The technical aspects are analyzed, and survivors are interviewed to paint a picture of why these ships sunk.

This episode of Nova is available for rent on Apple TV.

An important documentary for specific reasons, Frontline’s Can You Afford to Retire?, addresses a budding American crisis. Children of baby boomers will be the first generation to retire without a safety net. Increasingly, the 401k proves to be elusive and even when present as a benefit, the process is deliberately confusing. Workers are baffled by the process of setting up their 401k, then just continue plodding along, assuming that their retirement is taken care of.

John C. Bogle, founder of Vanguard, specifically addresses one issue that employees of large companies may not be aware of: bankruptcy. Corporate bankruptcy plays a role, so through no fault of their own, people are seeing their hopes of “retiring with dignity” disappear. This and other issues which may not have occurred to the average American will make watching this documentary cause insomnia.

This episode of Frontline is available in full on YouTube.

A real eye-opener on the inner workings of the pharmaceutical industry and the lengths they will go to in the name of the almighty dollar, Frontline’s The Meth Epidemic doesn’t pull any punches in showing us the heartbreaking stories of entire communities decimated by drug use. Included in this documentary are the details of the concerted effort put forth by drug companies to halt attempts by the DEA to make obtaining the ingredients to cook meth more difficult, namely over-the-counter cold medicine.

When legislation was passed limiting the amount of cold medication a patron could purchase in one visit from the drug store, drug companies and their lobbyists quickly stepped forward to intervene.

We’ve all seen the photos depicting the repeat offenders’ mugshots and the progression of facial and dental deterioration. In this film we get to actually meet the man responsible for these compilations, Deputy Bret King of Multnomah County, Oregon. Knowing the devastation caused by methamphetamines, one would expect pharmaceutical companies to put human lives over profit. You would be wrong.

The brutal murder of Chicago’s Emmet Till in 1955 should have had immediate effect. It should have sparked sudden change. It shouldn’t have ever happened. What it did do was to shed light on irrational ideas about men of color, just not right away. The brand of vigilante “justice” committed by two men in Money, Mississippi, started a movement—thank goodness—and a shift in attitudes which would bring about change for a community, and the country at large. The battle had only just begun.

In the scope of things, this was not long ago at all. In American Experience’s The Murder of Emmet Till, we get to know Emmet’s mother, his best friend at school, and his cousin. In only 14 years on this planet, Emmet had made an impression, and who knows what he would have accomplished in this world? If we do not learn from history, we are doomed to repeat it, said Winston Churchill. We still have much to learn.

Watch The Murder of Emmet Till in full on YouTube.

American Experience: The Life and Death of Peoples Temple (premiered 04/09/2007)

Once a movement toward non-denominational, racially-integrated worship and fellowship, the Peoples Temple ended tragically and catastrophically when the entire congregation, led by Jim Jones, committed mass suicide in Guyana, South America. Director Stanley Nelson and his crew interview survivors of the church and family members of the victims, who describe the conditions of the settlement in Jonestown and the depth of Jones’ control over the congregation. This incredible insight into the lives of these people reveals the power of a charismatic leader, whose ability to recruit lost souls has been replicated multiple times throughout history by power-hungry, narcissistic men.

You can watch American Experience: The Life and Death of Peoples Temple on YouTube.

Cassius Clay was an amateur boxer who eventually scored gold at the 1960 Olympics. Clay became Muhammad Ali when he converted to Islam and refused to join the U.S. Army, which leads to a forced exile. A period of appeals followed, leading to his conviction being overturned four years later. During this time, Ali became an icon for Americans opposed to the Vietnam War and a symbol of racial pride for African-Americans. What Ken Burns does in this four-part series is define a life of purpose and a level of heroism few people possess.

Muhammad Ali can be viewed in its entirety with the purchase of a PBS Passport at pbs.org.

A profile of the life and times of L. Frank Baum, the author of The Wonderful Wizard of Oz and the 13 other books revolving around Dorothy and her adventures in the fictional land of Oz. Ultimately a dissatisfied professional writer, Baum found success in writing the first edition and was compelled by economics and fans to continue the series. As with all children’s stories, there are underlying messages and lessons to be learned in the Oz books, but this documentary leans into what inspired the author to create the characters and their particular challenges, as Baum was experiencing an America becoming increasingly industrialized.

American Oz can be screened in full at pbs.org.