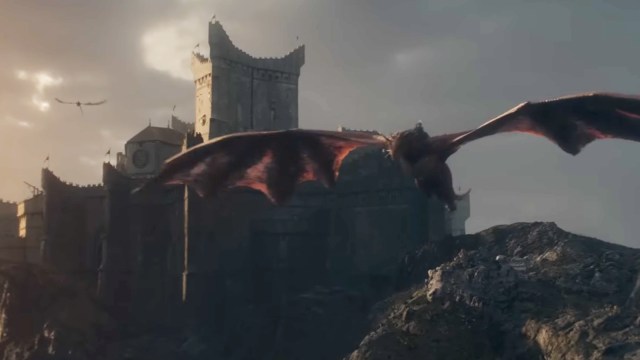 Dragons are one of the best parts of the Game of Thrones universe and as the name suggests these beasts are highlighted repeatedly in House of the Dragon.

In this series, we’re set to get a look at many of these beasts and most of them have already made an appearance or been mentioned during the events of season one. Given these mentions, you might be wondering which is the biggest.

Surprisingly there are a few answers to this question depending on what criteria you want to apply so to cover all of the bases here is a look at the sizes of dragons in the series and who is the biggest of them all.

Which is the biggest dragon in House of the Dragon?

Right now the biggest dragon that is alive in the show by a longshot is Vhagar who is being ridden by Aemond Targaryen.

As we saw in the show he was able to tame the beast following the death of its previous rider Laena Velaryon. Of course, its origins date back much further to Old Velyria and Aegon’s conquest.

Biggest dragons in House of the Dragon

We see the skull of Baelrion in the Red Keep during both House of the Dragon and Game of Thrones.

Dragon size order in House of the Dragon

Alongside Vhagar there are other massive dragons shown in the series alive. Here is a list of them in size order from biggest to smallest.