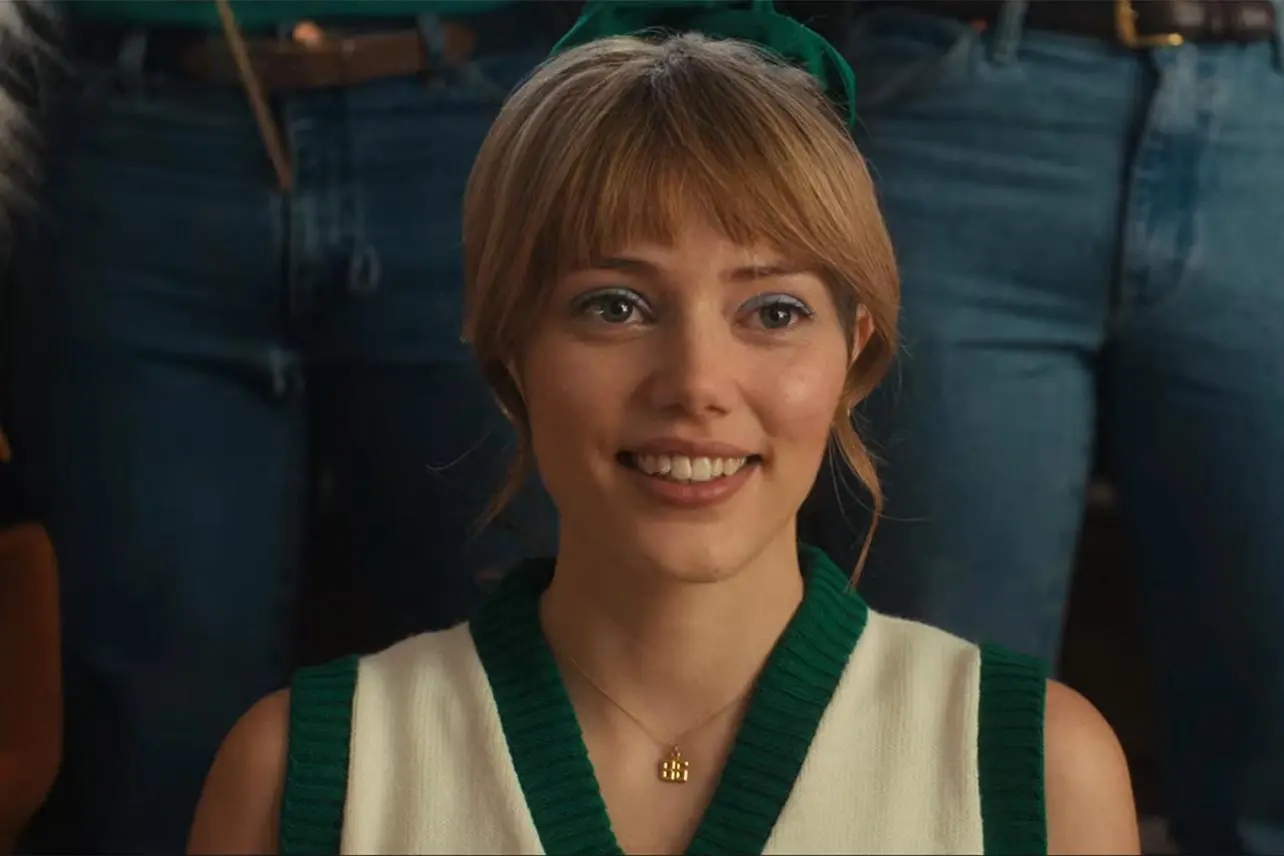 Stranger Things season 4’s Chrissy Cunningham has a hairdo that looks right out of Grease—and that’s no accident.

According to the NetflixFilm Twitter account, Chrissy, who was introduced in episode 1 as the head cheerleader at Hawkins High School, was modeled after Sandy, Olivia Newton-John’s character, in the aforementioned acclaimed musical film.

As you can see in the side-by-side photo, their coifs aren’t completely identical, but similarities abound—even below the hairline. Chrissy’s actor Grace Van Dien looks a great deal like Olivia Newton-John.

Since Stranger Things is set in the ’80s, the show is filled with old-school entertainment references. Grease was released in 1978, which is a little before the series’ timeline. However, according to creators Matt and Ross Duffer, the late ’70s fall within Stranger Things‘ frame of inspiration:

“. . . part of it was us going back and looking at all of these movies that we fell in love with growing up, and these were the things that made us want to do what we’re doing. And it’s not just movies, but also that Stephen King late ’70s attitude. Those are what we read growing up and what inspired us. I think the one thing that connected all of these stories for us was the idea of the ordinary meeting the extraordinary. We had a normal childhood growing up, but we’d watch these movies and we were sort of transported.”