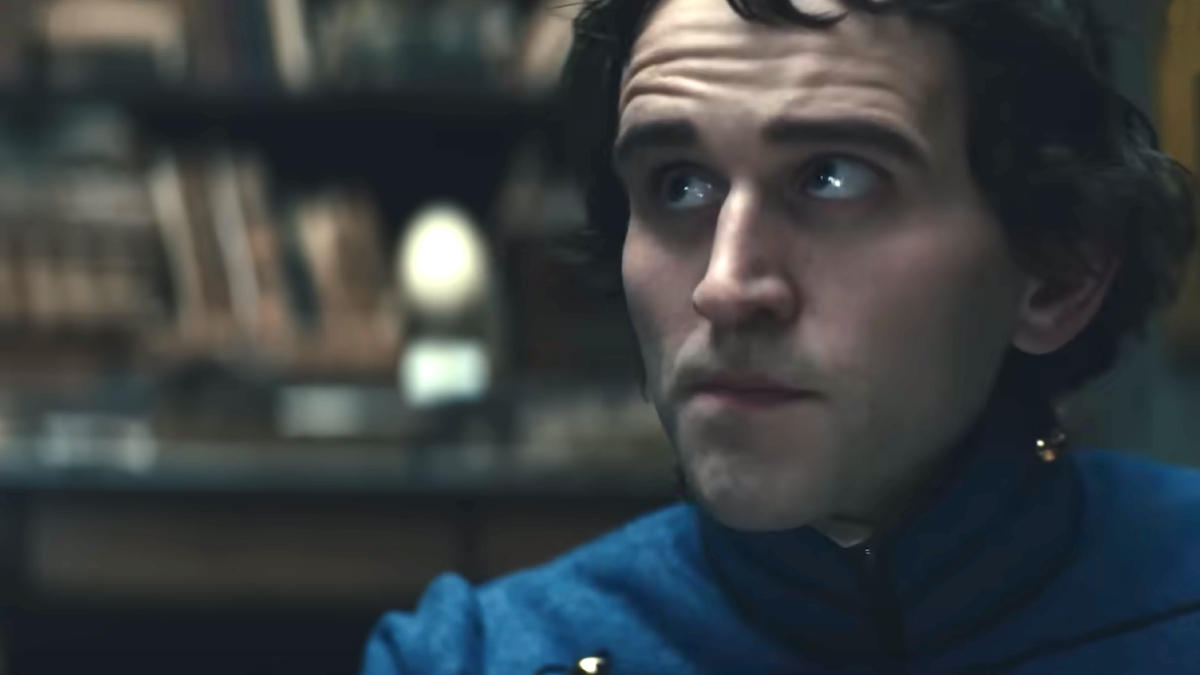 Harry Melling may be playing American short story writer and poet Edgar Allan Poe in Netflix’s The Pale Blue Eye, but he wasn’t introduced to the Master of the Macabre’s work through schoolwork or even through research for the role. Instead, he first encountered Poe’s chilling poetry the same way millions more before him had — through the portal to the past and future known as The Simpsons.

“I remember the first time I heard of Poe was on a Simpsons episode,” Melling stated during an online interview with Gold Derby. “It was a very famous one where I think maybe someone turns into a raven … I can’t exactly remember. But that was the first I heard, oh, who’s this Edgar Allan Poe character, this icon of American literature?”

For the record, Melling was striving to remember the seminal first episode of the annual Simpsons Halloween episodes also known as the “Treehouse of Horror.” In a segment narrated by none other than James Earl Jones, Bart, as “The Raven” terrorizes an author, played by Homer, as Jones intones the lines of Poe’s most famous poem. The episode first ran in 1990 — only one year after Melling was born. But to be fair, many of us had our own first taste of Poe when we caught the episode in reruns.

For the past few years, Melling has been following in his fellow Harry Potter actor Daniel Radcliffe’s footsteps, divorcing himself from typecasting and embarking on a series of lower-profile but critically acclaimed roles including parts in The Ballad of Buster Scruggs and 2021’s The Tragedy of Macbeth as well as his well-received performance as chess player Harry Beltik in The Queen’s Gambit. His portrayal of a young Poe in Pale Blue Eye is his highest-profile role to date.

According to Melling, he did tackle the totality of Poe’s works prior to filming Pale Blue Eye. He states that reading the work, as well as several, sometimes contradictory biography of the mysterious author gave him the tools to not be straitjacketed into any familiar version of the character. In this film, they were trying to “subvert and challenge” the common perception of Poe.

The Pale Blue Eye is currently streaming on Netflix.