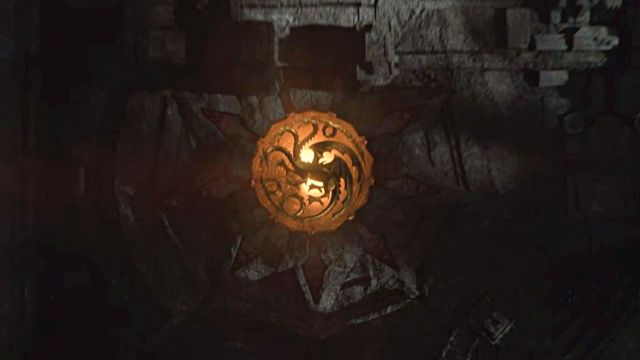 HBO is doing everything it can to prevent casual viewers from pressing “skip” during the show’s intro, as it included subtle Easter eggs and changes that may have gone unnoticed. These changes not only represent the time skips each episode had, but also extended the Targaryen family tree. All of these changes eventually come to fruition in episode 10, as House Targaryen has received new heirs and family members to continue their bloodline.

The House of the Dragon intro, explained

One thing to take note of is that the intro of House of the Dragon follows the Targaryen House. More specifically, their “family tree.”

It first starts with a sigil, representing Aegon the Conquer, the first ruler, and Targaryen on the Iron Throne. It then fills up with blood as it moves on to other members of the Targaryen family, and their many children. It later shows a cliff that symbolizes King Viserys I and Daemon Targaryen, the show’s current king of Kings Landing, and his brother.

Also in the intro was a teal-colored cog that represented House Velaryon and their two children, Laena and Laenor, as Visery’s cousin, Princess Rhaenys, is married to that family.

There was also a sigil that symbolized Queen Aemma, which was filled with blood due to her death. Meanwhile, King Visery’s sigil remains clean as he’s still alive.

A subtle nudge was included that represented House Hightower. Otto’s sigil sits on top of a high tower (no pun intended), with a single strand of blood that extends to a sigil that represents his daughter, Alicent Hightower. Unlike the other sigils, their blood stops as Alicent hasn’t been married to the Targaryen family yet.

The final sigil that appears before the title card represents is Princess Rhaenyra, the true successor to the Iron throne. Her sigil has the necklace that was given to her by Prince Daemon in the first episode. The camera then makes its way to the Targaryen symbol, where the title card appears.

As season one progresses, we slowly see the intro make slight changes, representing the new additions to the Targaryen family tree. Eventually, all these changes come to fruition in episode 10.

The intro still followed the motif of the Targaryen bloodline and how it spread throughout the years. However, some things have been added since the show first started.

Asides from the show removing Paddy Considine’s name, the intro extended King Visery’s family tree with Alicent Hightower. Speaking of the removal of Considine, the symbol that represented Viserys is now filled with blood due to his death. Following Viserys and Alicent was a subtle nudge about the missing fourth child that was unable to make an appearance in season one.

The Viserys family tree also included sigils, which represented the king’s other children — Helaena with a spider shape sigil, Aemond with the sapphire sigil, and Aegon with a sigil that has a cup with a naked lady on top. Both Halaena and Aegon’s sigils are connected, representing their marriage and children, despite being brother and sister.

But one major change that was done in the intro was that Rhaenyra’s sigil was no longer included. Instead, we got to see sigils that represented her sons, Lucerys and Jacaerys. It immediately moved toward the Targaryen symbol, where the title card appears.

All episodes for House of the Dragon are now available to stream on HBO Max.