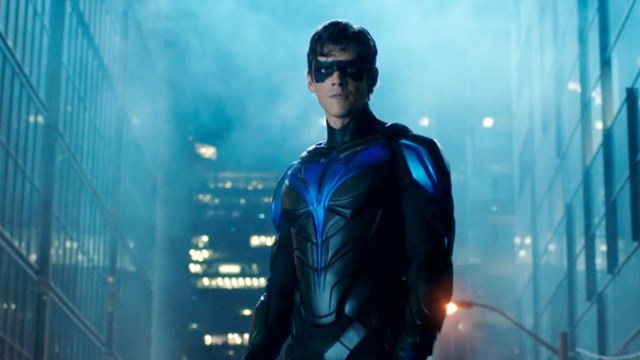 Titans stars Brenton Thwaites and Anna Diop share their appreciation for one another on Instagram. Thwaites portrays former Batman sidekick Dick Grayson/Nightwing, and Diop plays the Tamaranean superheroine Koriand’r/Starfire. There’s been a romance brewing between them in the show, and it’s nice to see co-stars getting along off-screen.

Thwaites posted a photo of himself and Diop smiling and expressed his appreciation for Diop, writing that he was lucky to have someone so genuinely kind-hearted and talented by his side for the last four seasons. Diop bought him a T-shirt for his birthday back in season two, and he wore it so much that it “disintegrated into dust.” Thankfully, Diop’s aunt replaced it with a Senegalese-styled shirt, which he wears in the behind-the-scenes photo.

Diop responded to the post by wishing Thwaites a happy birthday and said how grateful she was for their friendship over the past four seasons. She wrote that he was a rarity of a human being and forever a friend.

In the comics, Nightwing and Starfire’s love is legendary. They were both on the New Teen Titans team, which included Cyborg, Donna Troy, Raven, Wally West, and Beast Boy, and it marked a growing-up period for Batman’s former sidekick. He left his role as Robin after a falling out with Batman and became his own hero, known as Nightwing. Starfire was there for him during this tumultuous time, and their relationship blossomed into one of romance.

At the beginning of the TV series, Starfire didn’t have any of her memories from her home planet Tamaran had to solve a thrilling mystery to regain them. Dick Grayson was there to support her and his team of Titans as she searched for the answers she needed, and their attraction to one another was evident all the way back in season one.

Over the past three seasons, the characters have flirted with being an actual couple, and fans are hoping that it becomes official when the series returns in season four. Season three teased a future where Nightwing and Starfire have a child together, so “Dickory” fans are holding out hope.

New villains are coming to Titans in season four, and by the looks of things, it’s going to get gruesome. The heroes will have to battle Brother Blood (Joseph Morgan), an intelligent and introverted man with a dark nature, and classic Titans villain Jinx (Lisa Ambalavanar,) who’s a master of the dark arts, will have a recurring role.

Titans season four is expected to arrive on HBO Max in fall 2022.