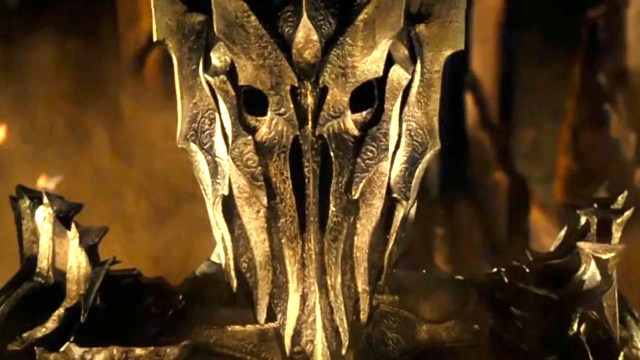 As if it wasn’t already incredibly difficult to single out Sauron from The Rings of Power ensemble in the first season, the actor behind the Enemy says that he might well adopt his shape-shifting tendencies for future seasons.

We all know Sauron as the great deceiver from the Second Age. The villain not only came close to subjugating all life on Middle-earth thanks to the rings of power and the One that bound them to him, but he also caused the downfall of Numenor by whispering poison into the ears of its last king.

All of that is ahead of us in Amazon’s adaptation, but what most fans are currently wondering about is if the titular big bad will also change his form at will to continue to deceive and influence the Free Peoples as he does in the books. Well, according to Charlie Vickers, who explained this in a chat with ScreenRant, that’s certainly a possibility the Prime show is willing to explore.

“Definitely. We know Sauron takes on different shapes in this era. All I can say is maybe to that. Maybe we’re going to do those things. But I’m incredibly excited to explore him doing these things that we know he does. He has a sh*tload of rings to make, and he gets to go to Númenor, and he orchestrates the downfall of Númenor. Then he has to take another form and go and fight in the Battle of the Last Alliance. The battle at the end of the Second Age.”

Vickers continued to explain that there are many phases to a villain like Sauron. He certainly enjoyed playing him as Halbrand, and it’ll definitely be interesting to explore different facets of the character, especially now that he doesn’t have to pretend or hide all of that wickedness.

“The showrunners have a really specific plan, and I don’t know their plans as to how it’ll unfold, but I loved playing him in this repentance stage. Whether the repentance is genuine or not is open to interpretation. But I think it’s going to be really cool now that he’s kind of out there. And it’s like, I’m back. I’ve been lingering. I’ve been coming back very slowly. And now, thanks to Galadriel, I’m back. And I’m excited to play that.”

The second Rings of Power season is currently filming, and our estimates put its release window anywhere between early to late 2024.