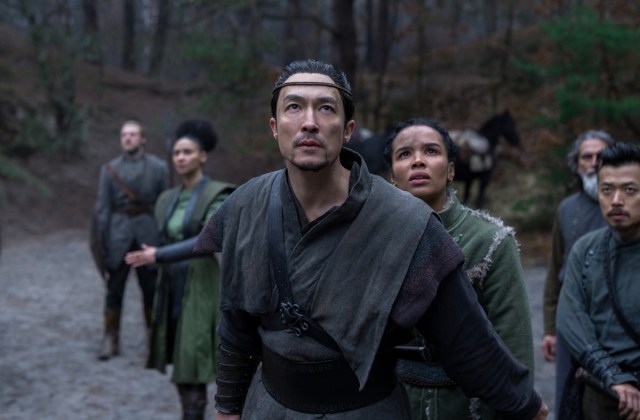 Prime Video is bringing some of its most hotly anticipated television shows to New York Comic-Con this year. Among the company’s lineup is The Lord of the Rings: The Rings of Power, whose first season is currently airing, Robert Jordan’s The Wheel of Time, and Neil Gaiman’s Good Omens.

According to the report by Collider, the streaming giant is coming to the NYCC in full force. In several panels scheduled from Thursday, Oct. 6 to Saturday, Oct. 8, fans will learn more about some of their favorite television series on Amazon’s ambitious roster. The Legend of Vox Machina and The Peripheral will also be present, though most people are undoubtedly looking towards The Wheel of Time and Good Omens to learn more about each show’s respective second season.

Here’s a list of every panel at NYCC Empire Stage and their slated time and date:

Good Omens is something of a strange occurrence in and of itself since the series burned through the co-authored book by Neil Gaiman and the late Terry Pratchet in its limited run. Still, no one is objecting too strongly to the return of Crowley and Aziraphale, as portrayed by the endlessly talented Michael Sheen and David Tennant.

As for The Wheel of Time, the second season finished filming some time ago, and fans of Robert Jordan’s spiraling fantasy series are no doubt thirsting for any new update. The show’s first season didn’t impress the community all that much, but showrunner Rafe Judkins and his crew may yet redeem their adaptation in the forthcoming outing.