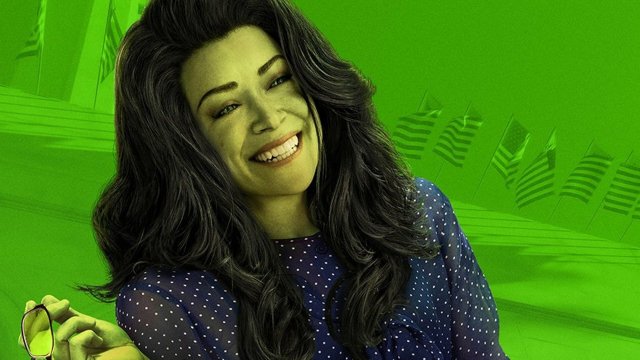 Hoo boy, there sure is a lot to unpack in the She-Hulk: Attorney at Law finale. From truly mind-blowing meta antics to a couple of (mostly) unexpected cameos, the superhero sitcom’s last episode didn’t disappoint. There’s so much going on in the final installment that folks are largely overlooking what would otherwise be an enormous deal. Specifically, the meeting of two Marvel heroes that we never thought had a chance in Hell’s Kitchen of coming face to face.

Here goes, spoilers incoming… By the end of the episode, Jen Walters’ troubles are over and she gets to spend a pleasant family get-together with her new beau Matt Murdock. Her cousin Bruce then turns up out of the blue to announce that he’s back from Sakaar with a surprise new member of the clan, his son Skaar (Stargirl‘s Wil Deusner).

While the arrival of Hulk Jr. is what has grabbed people’s attention the most, let’s not forget that this scene also gives us Daredevil and the Incredible Hulk sharing the screen for the first time ever in the MCU. As one fan colorfully pointed out on Twitter, even just five years ago this moment would’ve seemed like a pie-in-the-sky notion.

Netflix’s Defenders Saga often obliquely referenced Hulk without outright namedropping him as vague references to the Avengers were all those shows could manage back then. But now here we are, and Cox’s vigilante is hanging out with Banner and his son at a picnic. Just another reminder of how much the MCU has exponentially grown over the course of a few short years.

The full (first, we hope) season of She-Hulk: Attorney at Law is streaming now on Disney Plus.