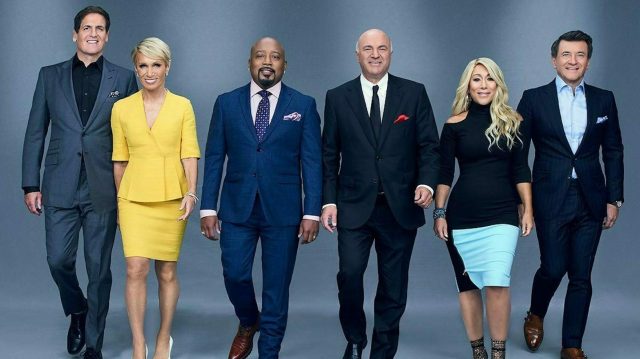 Since 2009, fans have been captivated from their couches waiting to learn about the new products that make their way onto Shark Tank, where busines owners try to get the sharks to invest in their company. The show stars Kevin O’Leary, Mark Cuban, Robert Herjavec, Lori Greiner, Daymond John, Barbara Corcoran, and Kevin Harrington all looking for the next big product or idea to invest into. With more than 13 seasons of the show having aired, there have been so many classic moments and products that have hit screens. Here are the 10 best episodes of Shark Tank.

Arguably one of the most heartwarming stories to come across out television screens happened during this episode when Johnny Georges made an appearance on the show with his Tree-T-Pee, which is a way for farmers to contain water near plants in order to save money. The sharks liked the product but were confused when Georges told them that he was only selling them for $1 profit per Tree-T-Pee. Georges tells the sharks that “it’s not about the money to me. It’s about doing what’s right.” His goal is helping farmers like himself in any way he possibly can.

The episode becomes entrenched in our minds when Georges gets emotional talking about his father who helped design the product, and who passed away. Everyone could feel the love between the father and son, and not one person could resist crying themselves. Georges ended up making a deal with a guest shark, John Paul Dejoria. Fans will not forget this episode any time soon.

In one of the biggest misses in history, Jamie Siminoff appears on the show trying to sell the Doorbot, what is now more commonly known as Ring. The sharks were given an opportunity to invest in the now billion dollar company for $700,000. Mark, Lori, Daymond, and Robert were all out for various reasons leaving only Kevin to make an offer.

After a little bit of negotiating, the two were unable to come to an agreement, leaving Jamie for what he thought might be a missed opportunity. However, fans of the show and even those who are not fans of the show are familiar with the product now known as Ring. When Shaquille O’Neal invested in 2016, the company exploded. This episode is memorable for the huge miss that the sharks had.

The biggest deal ever agreed upon happened in this episode when Melissa Carbone was able to get a $2 million offer from Mark Cuban in exchange for 20% of her company. Cuban had agreed to jump on board the company which produced live horror attractions within the Los Angeles area. The sharks were convinced when Melissa told them of her profit from the October haunted hayride.

It was only right that Mark Cuban would invest in this company, as he is within the movie theater industry already. Since Cuban’s investment Ten Thirty One Productions has been able to expand throughout the country, and expects to continue to grow as the love for Halloween and all things spooky continue to be extremely popular.

America was introduced to the now common Scrub Daddy during this episode of Shark Tank when Aaron Krause came on the show and showed the sharks as well as fans alike the powers of the scrub he designed. What really makes this sponge stand apart from other sponges is the fact that it contains a good smell unlike most sponges.

Aaron was able to give this sponge a lemon smell that would not make people have to smell whatever dirty items they might be cleaning, which became an instant hit throughout the country. Lori Greiner was able to strike a deal, and no other shark would have had the access she does to television marketing as well as department stores. Aaron made the right choice and his product is now commonly available for customers to purchase.

James Martin made an appearance two separate times on Shark Tank to try to convince the sharks to invest in Copa Di Vino, wine in a glass. What makes these episodes so memorable is the back and forth that took place. The sharks knew that the product was a very good idea, but none of the sharks liked how James was coming across to them during both pitches.

The sharks and James were unable to come to an agreement either time he made an appearance on the show, however, that might have been a very good thing for the sharks even though Copa Di Vino has had incredible success in the open market. James was arrested and found guilty for defrauding investors while trying to start his brand, so the sharks dodged a massive bullet that none of them would have wanted to deal with had they decided to invest.

The very first episode of Shark Tank to air featured one of the more memorable products. Tiffany Krumins was a mom who was trying to find a way to get her children to take their medicine when they did not want to. She came up with the idea of having an elephant shaped medicine dispenser to help her kids be happier and more willing to take medicine when it was needed for them.

Barbara Corcoran and Tiffany made a deal and now the medicine dispenser is available all around the world in 10 different countries. The success story really helped solidify the show and the idea that the sharks would be able to help different people launch their products and increase their profits.

Travis Perry wanted to take ChordBuddy to the sharks to see what they could offer him. As a guitar teacher, Perry saw that a lot of students would have trouble while practicing alone and would end up giving up on the dream of playing the guitar all together when they realized how difficult it was to practice by themselves.

Perry decided to create the ChordBuddy to help students learn basic chords and notes when first learning how to play the instrument. Perry found that when students are able to play songs they recognize, the process becomes a lot more fun and a lot easier to learn. Perry and Robert Herjavec made a deal and Perry was even able to get another endorsement from a country music icon in John Rich of Big & Rich.

Rick Hopper was able to find a solution to a predicament that many people around the world find themselves in, losing their glasses. Hopper created a magnetic clip that secures a person’s glasses to their clothes and can stay put no matter what. Hopper was able to demonstrate this by faking a fall, yet his glasses were still stuck to his body, just as he said would happen.

Lori Greiner and Hopper came to a deal together when Lori told Hopper that her ability to work with television marketing would help his product take off around the world. Lori was right as now Hopper’s product is constantly selling out, never staying on shelves for too long. Fans loved seeing this product for its practicality and easy use.

For those who love to travel and take lots of pictures, seeing Brian and Julie Whiteman go on Shark Tank and present GrooveBook was an intriguing. GrooveBook is an app that will deliver a bound book of pictures that you upload to the app once per month.

This allows people who love to travel and take pictures the ability to have a hard copy of their time and travels, something that has exploded in growth and popularity. Mark Cuban and Brian O’Leary both saw the potential that this product had and both jumped on it together to make a deal with the Whitemans. Later on, Shutterfly bought GrooveBook for a nice profit for all parties involved.

In one of the more light-hearted moments in Shark Tank history, Steve Gadlin approached the sharks with an idea that was a first on the show. Gadlin was selling his pictures of stick figure cats on the open market. The sharks thought it was not a serious idea at first, but when Gadlin showed his profits, the sharks became immediately interested.

When the final bidding was done, Mark Cuban came out on top as the lucky shark to do business with Gadlin. While this was far from the biggest deal or most profitable deal ever secured on Shark Tank, it is undoubtedly one of the most memorable episodes from the show due to the nature of the product being sold as well as the profits that shocked the sharks into wanting to invest in the company.

Shark Tank will no doubt continue to produce episodes for fans to enjoy for the distant future. The sharks will always be on the lookout for the next potential opportunity to make money.