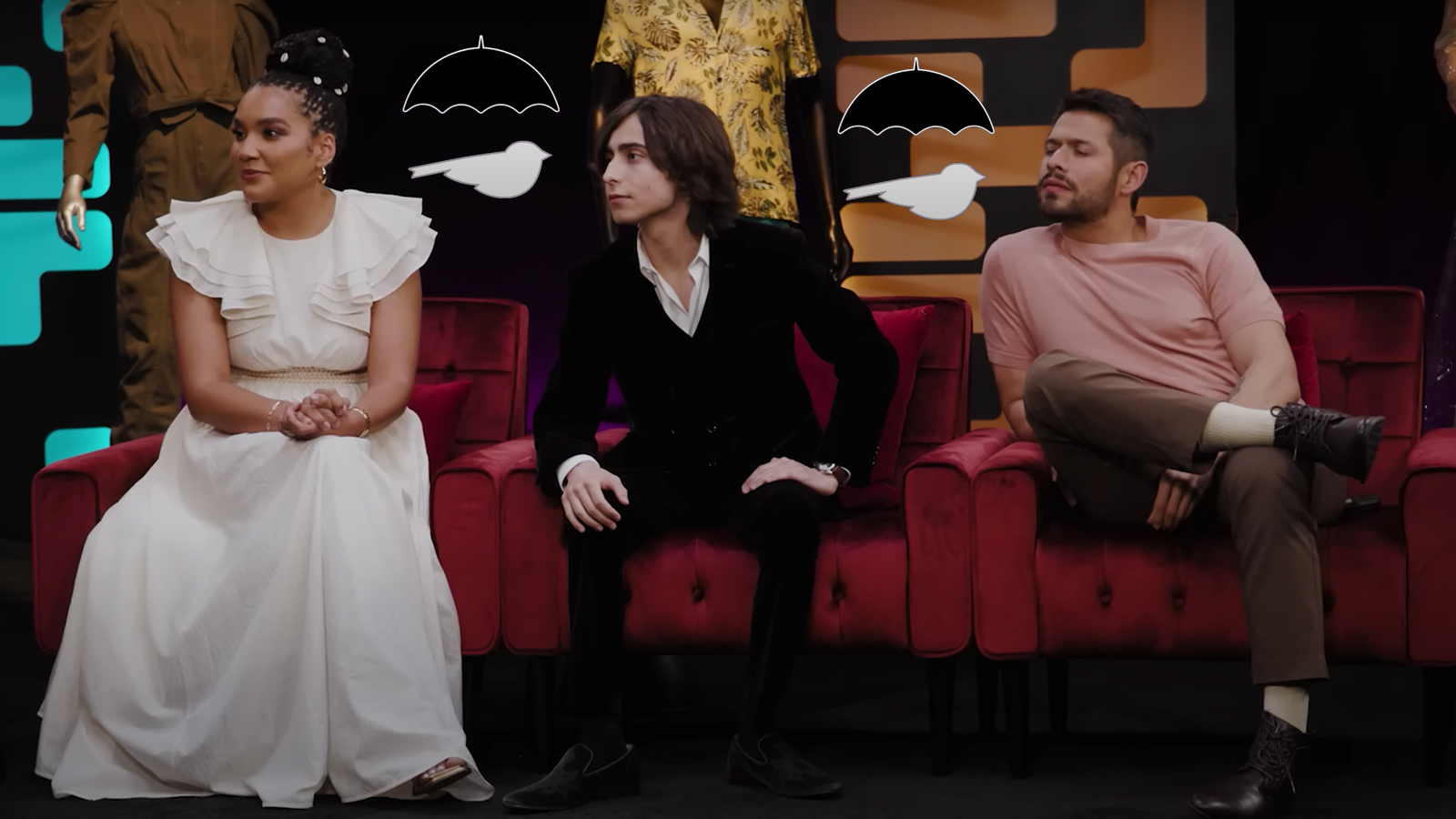 If you’ve been wondering what some of the Sparrow Academy members’ powers were in The Umbrella Academy season three then good news! Some of the faves behind the original dysfunctional super-team just spilled the Hargreeves tea.

Day asked the group what power they wished their character had. Their answers then teased some of the new characters’ abilities.

Raver-Lampman, Castaneda and H. Min said they couldn’t see their characters Allison, Diego and Ben with anything but their actual powers. But Gallagher said he was jealous of Sloane and her ability to manipulate gravity. Okay Admiral Fujitora from One Piece.

“I’ve been saying for years that gravity manipulation would be a really cool power to have, and then it appeared on the show and I was really happy to see that.”

Castaneda and Hopper also confirmed Sparrow Academy member Marcus (Justin Cornwell) has a similar power to Luther in the show but more useful. They then appeared to suggest fellow bird Jayme (Cazzie David) had some sort of dream-walking power. Cool. I’m into it.

ICYMI, Netflix is revealing a tonne of news about your favourite geek shows on the platform this week including set pics from its One Piece live action and everything Sandman.