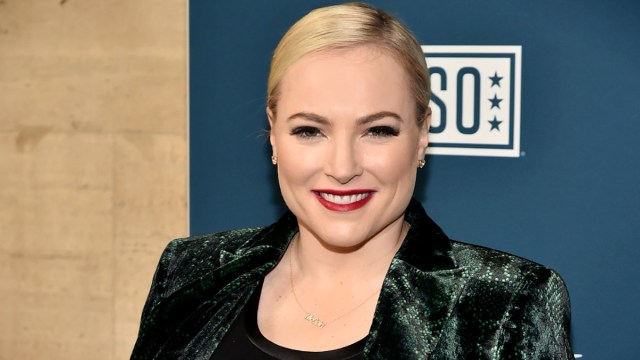 It’s been over a year since Meghan McCain announced that she was stepping down from The View in July of 2021, less than four years after she was first made a permanent co-host. However, the long-running daytime talk still has yet to announce a replacement for what has traditionally been the conservative seat on the panel, undoubtedly for reasons that it’s becoming more and more difficult for Democrats and Republicans to see eye-to-eye these days.

And if leaked rumors are true, it already sounds like McCain’s alleged replacement is not going to bring any less drama to the table.

But if McCain routinely got into heated arguments over Trump, who repeatedly insulted her father, the late Senator John McCain — both on the campaign trail and when he assumed office — the alleged impending hiring of Farah Griffin could spell complete chaos for the talk show.

“One source close to the discussions with the former White House aide said: ‘My jaw dropped when I was told that she was the pick. It makes no sense. Part of me wishes they just leaned into MAGA and hired Kimberly Guilfoyle, at least it would better reflect part of the audience and there would be fireworks every day.’

Another insider told DailyMail.com: ‘Her soon to be co-hosts are very upset. They feel she isn’t authentic and changes her opinions based on who her paymaster is. Ana Navarro especially feels let down as they are hiring someone who was an essential part of the movement that destabilized this country.”

Yet another source pointed out that having Farah Griffin, who also served as press secretary for Vice President Mike Pence from 2017 to 2019, could cost the show bookings. Just last week, Wanda Sykes canceled an appearance on The View because the 33-year-old former White House staffer was guest co-hosting, as there is no shortage of stigma around those who worked for Trump.

Though, it’s worth pointing out that since Farah Griffin left the White House in December of 2020, and has since criticized Trump and his role in the January 6 insurrection. Her comments led to her father, the founder of a alt-right conspiracy theory website, to actually boycott her wedding last October.

“The election had been called,” she said at the time, during another guest hosting gig. “It had been a couple of weeks, and I started to see tick up in rhetoric around the election was stolen, seeing some of my colleagues go on TV and say as much.”

“I fundamentally knew that wasn’t true and it could have dangerous consequences,” Farah Griffin added. She has also said that she would not support Trump in the future — which perhaps even gives her a leg up against McCain, who never seemed capable of taking a concrete stance on the former president, one way or another.

At any rate, if Farah Griffin is the next host, ABC is playing its cards close to the chest.

“We do not have a co-host announcement to make at this time,” a spokesperson said in a statement to Page Six, adding: “Stay tuned.”