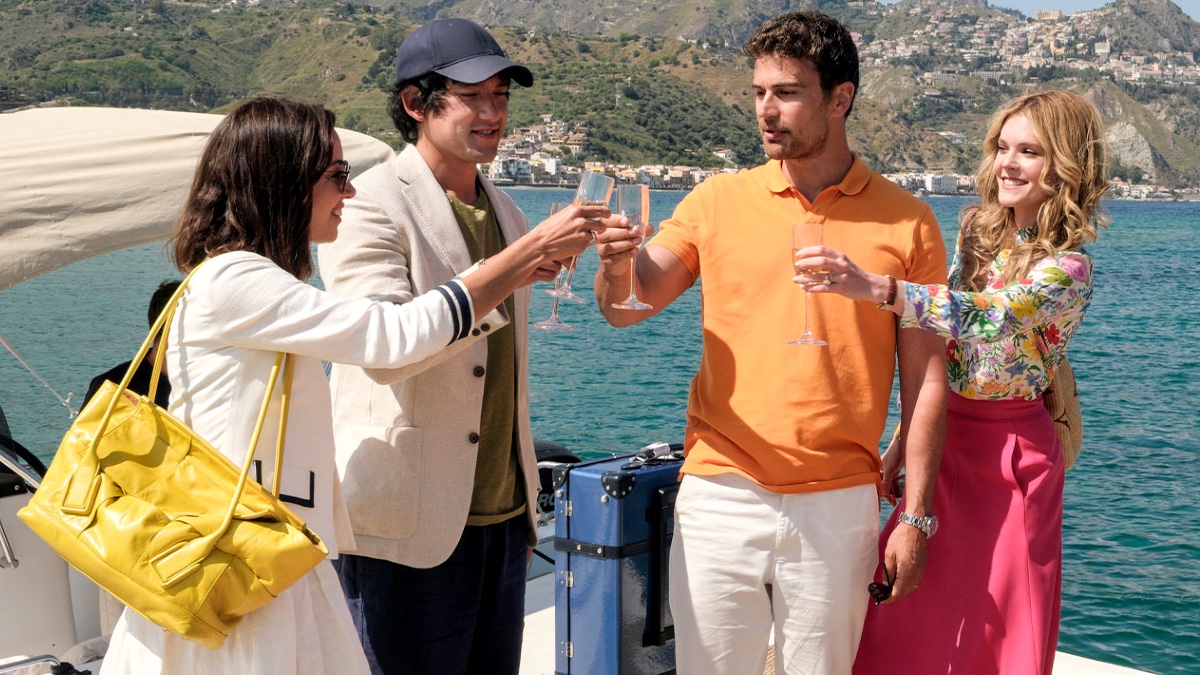 Season two of HBO’s The White Lotus opened with a pretty disturbing image of a body floating on the rich blue Ionian sea waters of Sicily’s coast. With only two episodes to go until the big reveal, fans have one principal culprit in mind.

The unassuming sweet young adult Albie, played by 32 year-old Adam DiMarco, has been showing some cracks in his knight-in-shining-armor for the past couple of episodes after getting rejected by crush Portia (Haley Lu Richardson), and subsequently getting involved with one of the show’s two resident escorts Lucia (Simona Tabasco).

Fans of The White Lotus are convinced Albie will eventually snap and go on a murderous spree, or at the very least, kill the men who have wronged Lucia, aka Theo James’ Cameron, who owes her money, and Albie’s dad Dom, played by Michael Imperioli.

Albie and Lucia are seemingly falling in love, and judging by Albie’s character, as it has been presented so far in the show, he is one to become incredibly attached and do anything in the name of love.

After season one of The White Lotus secured 10 Emmys earlier this year, the stakes were through the roof for season two, but it looks like creator, writer, and director Mike White has overcome the challenge to deliver an equally gripping season two.

Season two of The White Lotus drops a new episode every Sunday evening, where it is streaming now on HBO Max.